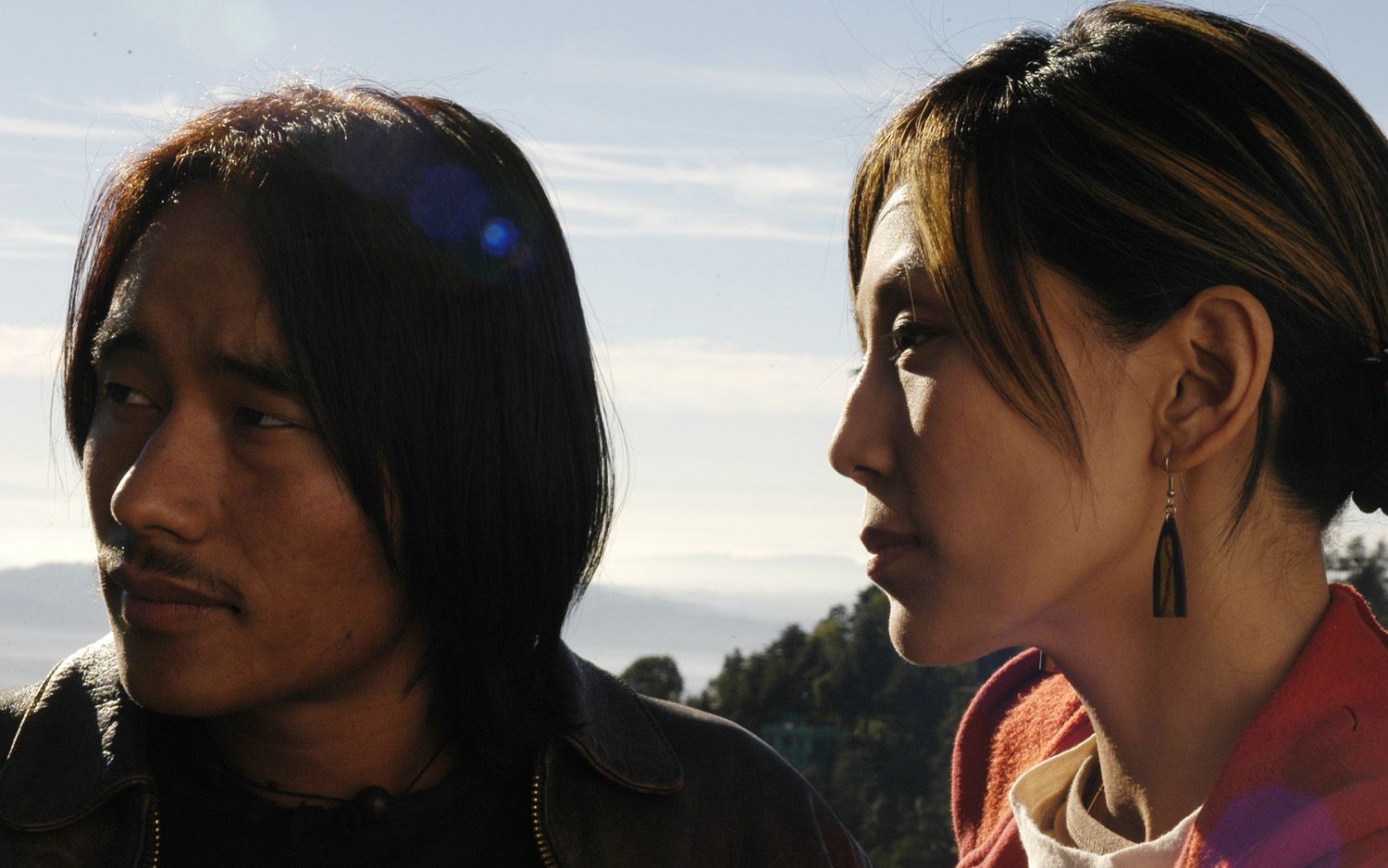 In Dreaming Lhasa, Tibetan documentarian Karma (Tenzin Chokyi Gyatso) travels from her New York home to Dharamsala, India—a refuge for exiled Tibetans, including the Dalai Lama—to make a film about former political prisoners who fled Tibet, only to find herself joining an ex-monk named Dhondup (Jampa Kalsang) on a quest to fulfill his mother’s dying wish to give a mysterious man named Loga a charm box. The duo’s ensuing journey is one of joint enlightenment, as revelations from the past eventually come to influence their separate futures, but directors Ritu Sarin and Tenzing Sonam have an arduous time dramatizing such developments in anything like an engaging fashion. With their plodding episodic narrative beset by an energy shortage, and their cast as stilted and unnatural as the script’s painfully simplistic dialogue, the filmmakers prove unable to effectively paint a portrait of contemporary Tibetan émigrés, whose plight—being caught between love and loyalty for their birthplace, and the allure of foreign/American cultures and opportunities—is cogently established but listlessly handled. Karma’s troubled home life and fondness for Tibet (her native land, and yet one she’s never visited) is mirrored in her apparent romantic options between Westernized assistant Jigme (Tenzin Jigme) and traditional, devout Dhondup, though these characters’ complicated relationships with their heritage and each other often take a backseat to the film’s interest in simply, lovingly depicting its culturally bifurcated milieu. Directorially, Sarin and Sonam have their moments, such as a graceful upward pan that follows a cloud of billowing cremation smoke through a hole in a roof, an image that relates to the story’s twin themes of escape and return. But while their film argues that nationalism isn’t confined by borders, it also proves that neither are bad performances, with Gyatso and Kalsang’s lead turns—as arid as the Dharamsala mountainside—regularly mucking up the contemplative mood.

A Stark Return: Payback: Straight Up

Review: Jack Smith and the Destruction of Atlantis