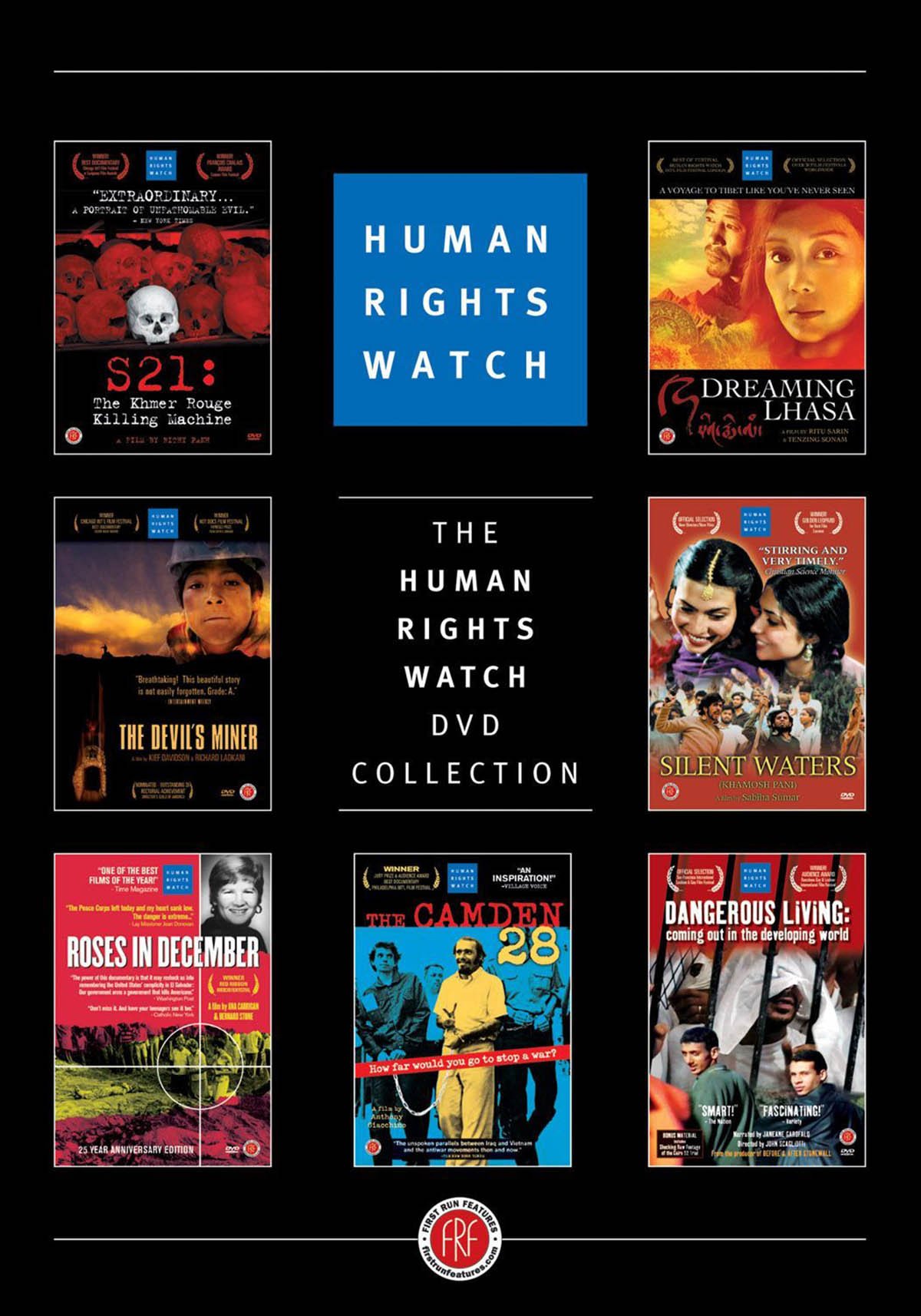 This DVD set amasses seven socially conscious titles previously released in theaters and on video under the joint banner of First Run Features and Human Rights Watch. In Roses in December, directors Ana Carrigan and Bernard Stone deliver a stinging condemnation of Reagan-era foreign policy through their heartbreaking inquiry into the 1980 rape and murder of four American women in El Salvador. A more recent critical smash, S21: The Khmer Rouge Killing Machine headily investigates the Khmer Rouge’s rituals of abuse by bringing together S21 guards and two survivors of the genocidal group’s reign of terror in Cambodia during the late ‘70s. Also from 2003, John Scagliotti’s perceptive Dangerous Living: Coming Out in the Developing World begins with footage of the “Cairo 52” scandal that sparked a global outcry back in 2001 before exploring LGBT human rights issues worldwide. More confident is The Camden 28, Anthony Giacchino’s focus on a predominantly Catholic group’s efforts to defy the Vietnam War by compromising the Selective Service System; the strongest film in this collection, it constitutes a fierce attempt to uncover a lost chapter in the history of human rights activism. Depressing in more ways than one, The Devil’s Miner, co-directed by Kief Davidson, is noble but suffers from a certain contextual lack of breath, its troubling aesthetic dangerously familiar to that of such recent docs as Workingman’s Death and, more recently, Davidson’s own Kassim the Dream. Rounding out the disc are two fictions, Sabiha Sumar’s Silent Waters, which begins dubiously and uncertainly until its increasingly darkening tone begins to uncannily illuminate the pull of Islamic fundamentalism on the young and impressionable, and Dreaming Lhasa, a vision of people unmoored from their homeland that constitutes a familiar and banal embossment of foreign anguish.

The Camden 28, Silent Waters, and Dreaming Lhasa fare best, while Roses in December looks as if it was buried alongside the victims whose lives the film investigates. But given the limitations under which many of these films were made, the shoddy transfers are forgivable. Besides, you don’t come to these films for their range of colors and sounds but for their sense of moral outrage.

Review: Jean-Luc Godard’s 2 or 3 Things I Know About Her on Criterion DVD