It’s a startling moment, followed by a short, fierce fight in which Unger’s character, clearly overmatched, is knocked around the kitchen and thrown roughly to the floor. He pins her there, all the fight gone out of her, kisses her quickly and then slams her head hard into the oven door.

If you saw the theatrical version of Payback back in 1998 or on video since, you won’t remember that scene, because it never made it into the film. When writer-director Brian Helgeland delivered his cut, Gibson and Paramount (though they’d approved the script in advance) both balked at what they saw. Mel was too unlikeable, they decided; audiences wouldn’t relate. So they fired Helgeland—until then flying high from his Best Screenplay Oscar win for L.A. Confidential—and rewrote and reshot the movie to make Gibson’s character, a professional thief named Porter, more sympathetic. Payback was then reedited and given an entirely new third act. A tongue-in-cheek voiceover from Gibson was added throughout, to clarify some points and further lighten the tone. The final result was neither fish nor fowl. With its rough edges sanded off, Payback lost most of its single-minded drive, yet still wasn’t as accessible or audience friendly as the most recent Lethal Weapon installment. Posters for the film proclaimed “Get ready to root for the bad guy.” But by then Porter wasn’t much of a bad guy at all. Just misunderstood.

Last year, with Paramount and Gibson’s blessing, Helgeland got the chance to reedit the film to his original cut. It’s out on DVD today and it’s a leaner, meaner and much more compelling film, an unapologetic homage to ’70s crime thrillers.

But if Helgeland’s vision has been restored here, the original inspiration belongs to novelist Donald E. Westlake. Under the pen name Richard Stark, Westlake has written 23 novels about Parker, a hard-bitten professional heister who’s the toughest and smartest beast in his jungle. The most recent, Ask the Parrot, came out last year. Payback is based on the first of those novels, 1962’s The Hunter, which was previously filmed in 1967 as the classic Point Blank, directed by John Boorman and starring Lee Marvin as the Parker character, there renamed “Walker.”

When Westlake began selling film rights to the Stark books, he wouldn’t let producers use the Parker name unless they committed to making a series. So although there have been other Stark adaptations over the years, the character sports a different name in each. In 1968’s The Split, based on Stark’s novel The Seventh, he’s named “McClain” and portrayed by Jim Brown. In 1973’s The Outfit, directed by John Flynn, he’s “Macklin,” as played by Robert Duvall. The 1984 film Slayground found him embodied by Peter Coyote, renamed “Stone” and relocated to England.

The Hunter adapts well because of its straightforward narrative drive. During a robbery, Parker is betrayed by his wife and their partner, shot and left for dead. After he recuperates, he makes his way back into his former life, determined to settle the score and get his share of the money back, even after he learns the cash has been turned over to an organized crime syndicate. Parker moves up the ladder, leaving bodies in his wake, with a simple mantra: “I want my money.” Helgeland’s cut opens the way the novel does, with a ragged Porter/Parker crossing a bridge on foot as he returns to The City (New York in the book, unnamed in the film, although the exteriors were shot in Chicago). And it ends with a variation—though still fairly close—of Westlake’s final set piece, a confrontation with several thugs in an elevated train station.

Though there are significant departures from the book along the way (Porter is given a backstory as a chauffeur/bodyguard—a la Neil Jordan’s Mona Lisa—to Maria Bello’s call girl character), Helgeland’s cut remains the most faithful adaptation of a Stark novel yet. The restoration of those harder edges leads to some authentically surprising moments, notably one inside a meat truck, when Porter has taken two mob henchman captive, a scene which Helgeland feels may have been the tipping point that led to his being fired. Another was the killing of a dog by one of the villains. In the re-shot theatrical version, the dog returns, relatively unscathed. “Don’t even fake killing a dog (on film),” Helgeland warns in his commentary. “Better yet, don’t even have a dog in your movie.” The Straight Up version also sometimes makes Porter seem even more sociopathic and unpredictable than any previous tale of the Parker character. Gibson for the most part delivers; this is Road Warrior-era Mel, already an anachronism by 1998. Helgeland says his constant instruction to Gibson on the set was “Less personality,” and it served the material well.

That said, the film—for all its attempted grittiness—still takes place in the noir fantasyland of the Stark novels, where men are tough, women are tougher and organized crime kingpins are WASP-ish corporate types in high-rise offices. In Helgeland’s cut, Bronson, the leader of the syndicate, is a woman, never seen but represented by the voice of Sally Kellerman on a speaker phone (“Smoke ‘em if you got em, asshole … you’ve got 24 hours left to breathe”).

What the Straight Up version doesn’t have is an extended torture sequence added after Helgeland’s firing, in which Bronson, now visible and played by Kris Kristofferson, interrogates Porter to learn the location of Bronson’s young son, whom Porter has kidnapped (though that crime, uncharacteristic of Porter, occurs only in the theatrical cut). The sequence, in which Porter’s hands are smashed with a hammer, not only gives Gibson a chance to suffer onscreen, but also to crack wise about it afterward (“Oh my god, what happened to you?” Bello asks. “I got hammered,” Gibson replies).

The disc features a trio of documentaries, all of which Gibson participated in. He defends the edits and reshoots (“One cuts the cloth to suit the audience”) and at the same time pronounces Helgeland’s version “valid.” After the reshoots, Gibson says, “The test scores went up. The studio liked it better. I liked it better.” The documentaries also feature a lot of on-set footage, including one behind-the-scenes shot in which Bello flubs her line and addresses Gibson’s character as “Parker,” the working title of Helgeland’s script. Another feature is a brief-but-illuminating interview with Westlake, who talks about the creation of the character and its various film incarnations (Duvall was his favorite).

It’s a shame Helgeland’s cut hasn’t seen the light of day until now. One can only wish the film had been successful enough that he could have done a series of follow-ups his way (some of the later Parker novels, including The Handle and Deadly Edge, cry out for adaptations). As it is, we’re left with this flawed little jewel of a film as a reminder of what might have been. 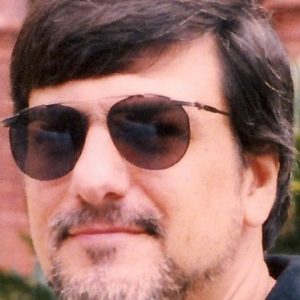 Wallace Stroby is an American crime fiction author and journalist. He is the author of eight novels, four of which feature Crissa Stone, a female professional thief.