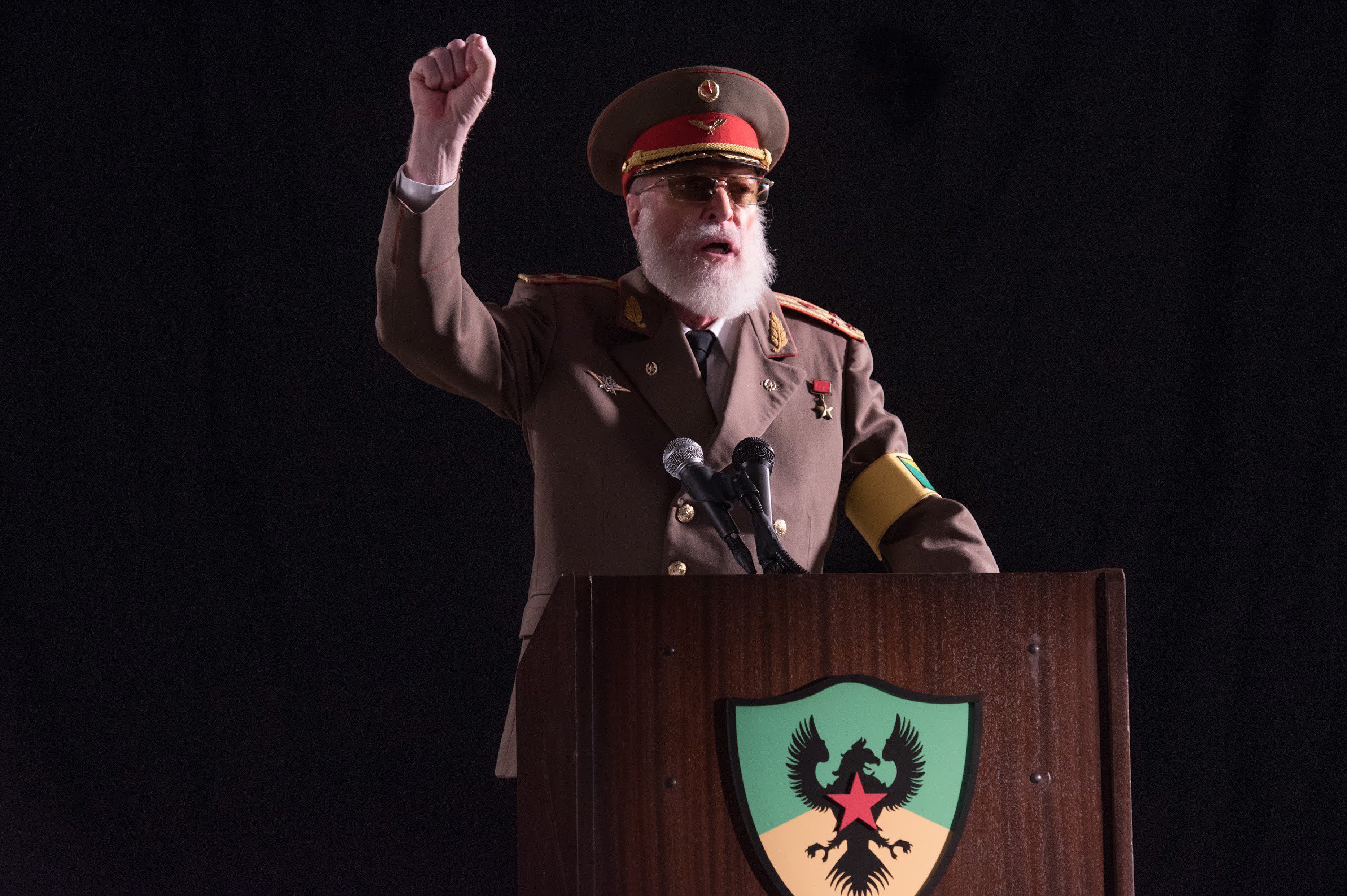 If Alexander Payne’s Election sees the rise in high school social hierarchy achieved by cunning and exploitative wheeling and dealing, then Lisa Addario and Joe Syracuse’s Dear Dictator recognizes that such a class system must be overthrown at all costs. And ideally by a feared revolutionary like Tatiana (Odeya Rush), a social outcast who wishes to gain some respect from her peers. She gets expert help from her pen pal, Anton Vincent (Michael Caine), a recently deposed dictator who’s fled his unnamed country and comes to live in secret with Tatiana and her irascible mother, Darlene (Katie Holmes). It’s a far-fetched plot, but the film is on solid satirical ground early on. So it’s a pity that the potential comic absurdities of Dear Dictor’s premise are squandered as soon as the film settles into a tepid coming-of-age tale, casting Anton as the father figure who spurs Tatiana’s personal growth.

While it’s a little odd that Tatiana takes easily to being around a murderous dictator, the film effectively mines darkly comedic moments from their cultural differences. As in a scene in which Anton and Tatiana attempt to explain to Darlene who Anton is and why he’s living with them, which quickly pivots to the dictator struggling to justify torturing civilians to the stunned mother and daughter. But these moments are rare, as the film is prone to weaving in myriad—and ultimately dead-end—subplots that sideline its main narrative. For one, Darlene’s romantic relationship with her married boss, Charles (Seth Green), a dentist with a foot fetish, exists only so showcase the embarrassment of her love life—a B plot that turns dubious when Darlene encourages her daughter to spy on Charles and his wife.

Dear Dictator is at once frustratingly vague and dully general. Not only is the reason for Anton leaving his unnamed country left unclear, his political beliefs are painted with numbingly broad strokes; however obvious it is that he’s an anti-capitalist, his personal convictions are still difficult to pin down. And Tatiana is no less of a cipher, a misfit who’s understood as such, and only as such, because she listens to punk rock and wears an “Eat Me” T-shirt. Maybe if the filmmakers had more heartily embraced the inherent absurdity of their premise, or more thoughtfully weaved together the spectacle of Tatiana’s social revolution with the hijinks of Anton’s fight-out-of-water status in America, then the film wouldn’t have felt as if it needed to clear up all the nagging questions that begin to tug on the viewer. Such as why no one recognizes Anton, or why Darlene is so easily convinced to keep him inside her house. By the end, as the film outlines how Anton’s wisdom confers a newfound self-respect on Tatiana, you may be left wondering why she and her mother aren’t in jail for harboring an international criminal.