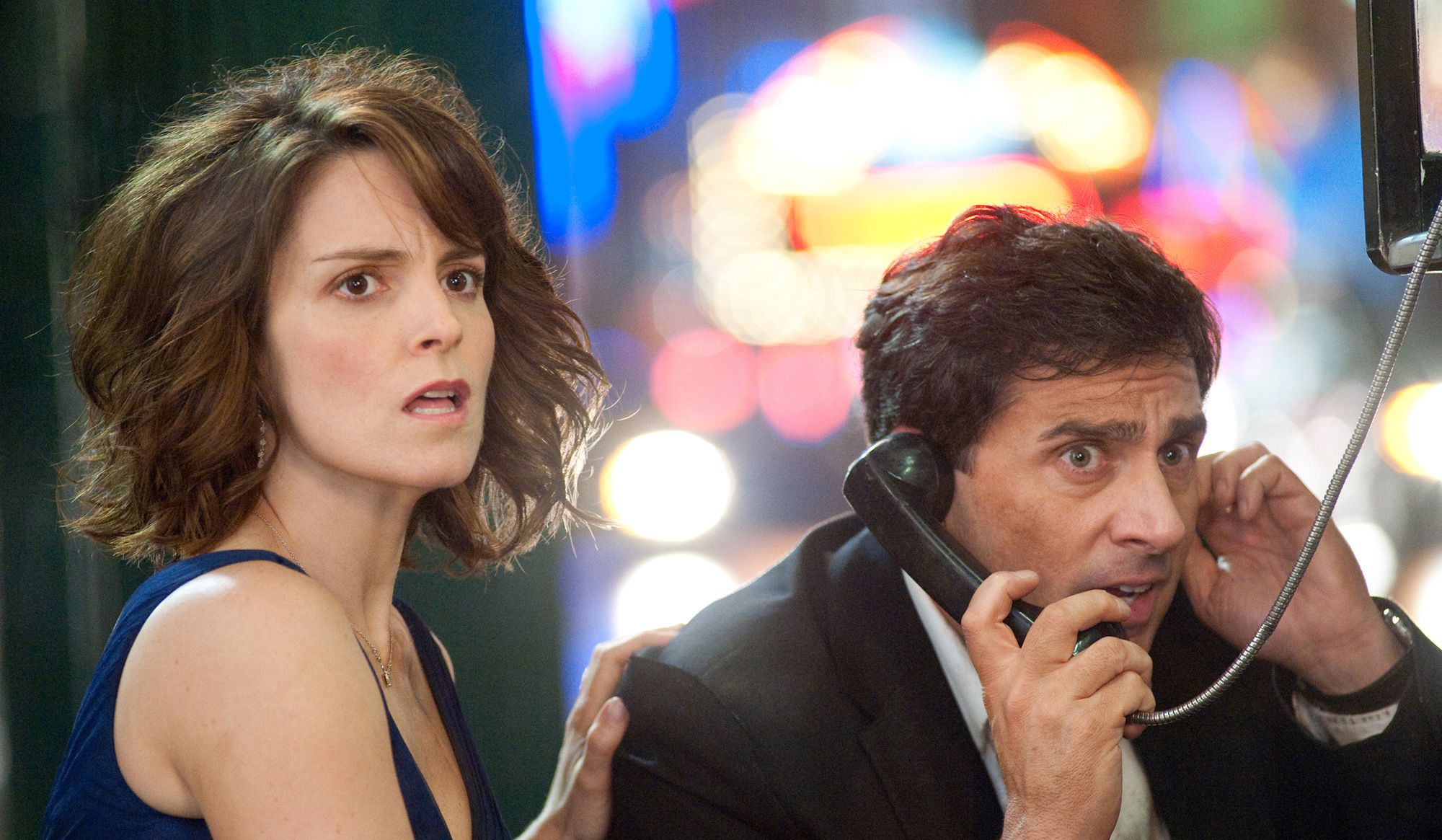 Steve Carell and Tina Fey’s partnership as the lynchpins of NBC’s Thursday night schedule is crudely translated to the big screen in Date Night, a creaky comedy only tolerable thanks to its stars’ likeability. In Shawn Levy’s wannabe-zany saga, spouses Phil (Carrel) and Claire Foster (Fey) decide to shake themselves out of their domestic-parental doldrums by enjoying an evening on the town in Manhattan, a plan that backfires once they’re denied a table at a ritzy new restaurant, steal another couple’s reservation, and are then mistaken by armed thugs as blackmailing thieves in possession of a stolen flash drive. Cut from a distinctly ‘80s episodic night-gone-wild cloth, the ensuing proceedings are rife with noise and commotion, from shootouts to car chases to Claire pretending to be a strip club whore and Phil masquerading as her “pimp daddy.”

For all the tumult, however, there’s next to nothing humorous about the lamely contrived scenario, including the repeated appearance of Mark Wahlberg as a shirtless super-spy who turns Claire on, only gags that mistake size and volume for wit. Since both fear that they’ve settled into a lifeless roommate-ish lifestyle free of youthful passion, Carell and Fey’s marriage is supposedly at stake throughout. Yet the story deals with its underlying marital issues lamely, either having Phil and Claire encounter other twosomes with similar romantic troubles (as with James Franco and Mila Kunis’s crooks), or by jarringly halting the action to have them engage in heart-to-hearts, never more preposterously than when they take a timeout from fleeing pursuing gunmen by pulling their stolen car over to calmly discuss the state of their union.

Levy’s direction is slapdash and stolid, but it’s the material that’s truly busted, with Date Night only enlivened during those very rare moments when Carell and Fey’s desperate-to-please riffing connects. Still, relying on its charming leads’ ability to periodically make something out of nothing, as well as on look-at-me supporting cameos that barely manage to be one-note (from, among others, Ray Liotta, Mark Ruffalo, Kristen Wiig, Taraji P. Henson, and Leighton Meester), is a strategy that backfires, the film only engaging when realistically charting marital-routine ennui and laugh-out-loud amusing during its end-credit outtakes.

Jean Renoir, the Boss, at BAM

Review: The Good, the Bad and the Weird