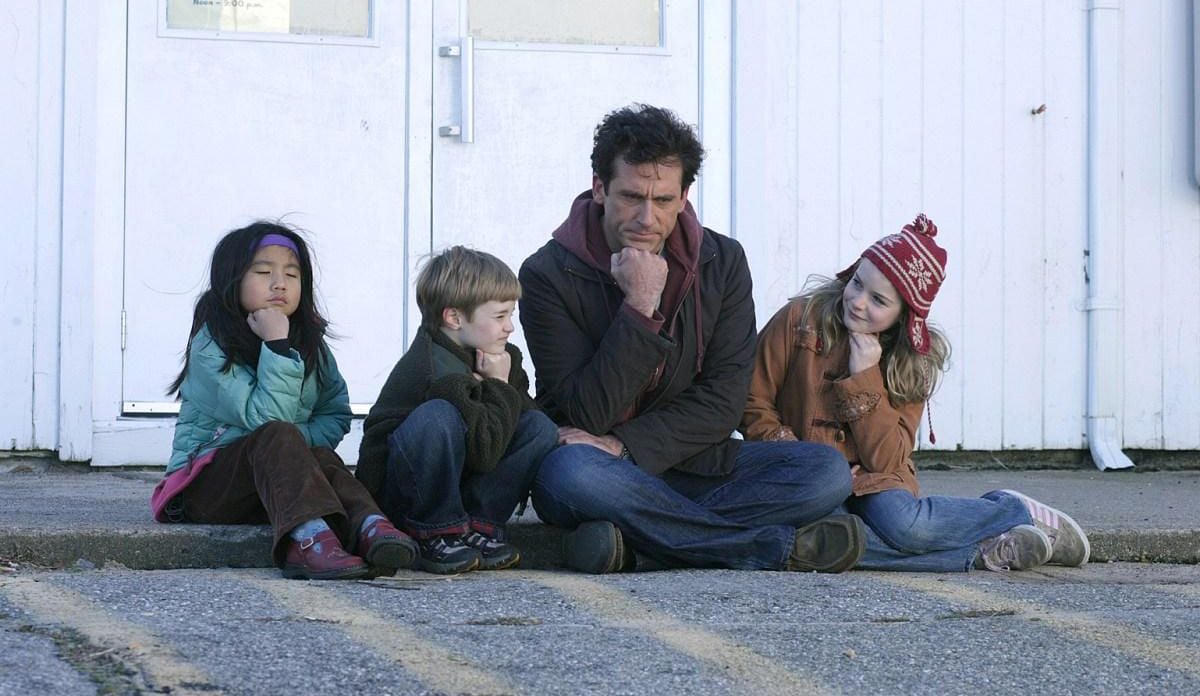 Steve Carell’s pursed-lipped awkwardness and sweet buffoonery are both in fine form in Dan in Real Life, but those endearing qualities aren’t nearly enough to salvage Peter Hedges’s incorrigibly hackneyed film. As with his Pieces of April, Hedges’s latest involves the uncomfortable goings-on at a family reunion, in this case the annual gathering of the Burns clan, a tight-knit tribe that gives new definition to the term “nauseating.” Led by Mom (Dianne Wiest) and Dad (John Mahoney), the family does everything together: communally exercising, putting on talent shows, playing games of trivia and touch football, and openly and therapeutically discussing their hopes, dreams, problems, and desires. For this year’s gathering, however, Dan (Carell)—a Dear Abby-style columnist, widower, and single father to three girls—finds himself the unhappy man out, primarily because of the discomfort that arises from his falling head-over-heels for irresistible French beauty Marie (Juliette Binoche), and almost immediately thereafter discovering that she’s the new girlfriend of his devoted brother Mitch (Dane Cook). Even without the casting of the reliably insufferable Cook—who, admittedly, is a tad less unbearable than usual—Dan is envisioned as such a purely good person that no conflict about his motivations or actions regarding Marie ever arises. And Hedges goes heavy on the schmaltz, especially via Dan-daughter tensions whose squishy resolutions (like everything about the film) play out with mechanical precision. Carell nimbly exudes genuine heartache and longing during utterly corny scenarios and gracelessly obvious metaphorical speeches (you see, the lighthouse keeping him from wanting to sink to the bottom of the ocean is Marie!). This brand of trite sitcom dramedy is a creative dead end, since it aims to accomplish nothing more than hitting its dimly funny and/or touching marks and paying lip service to notions of love, loyalty, and selflessness. Moments of humor do sporadically materialize, but it’s hard to embrace, admire or even tolerate Dan in Real Life when its prime aspiration is cute middlebrow bathos.

Review: The Living and the Dead