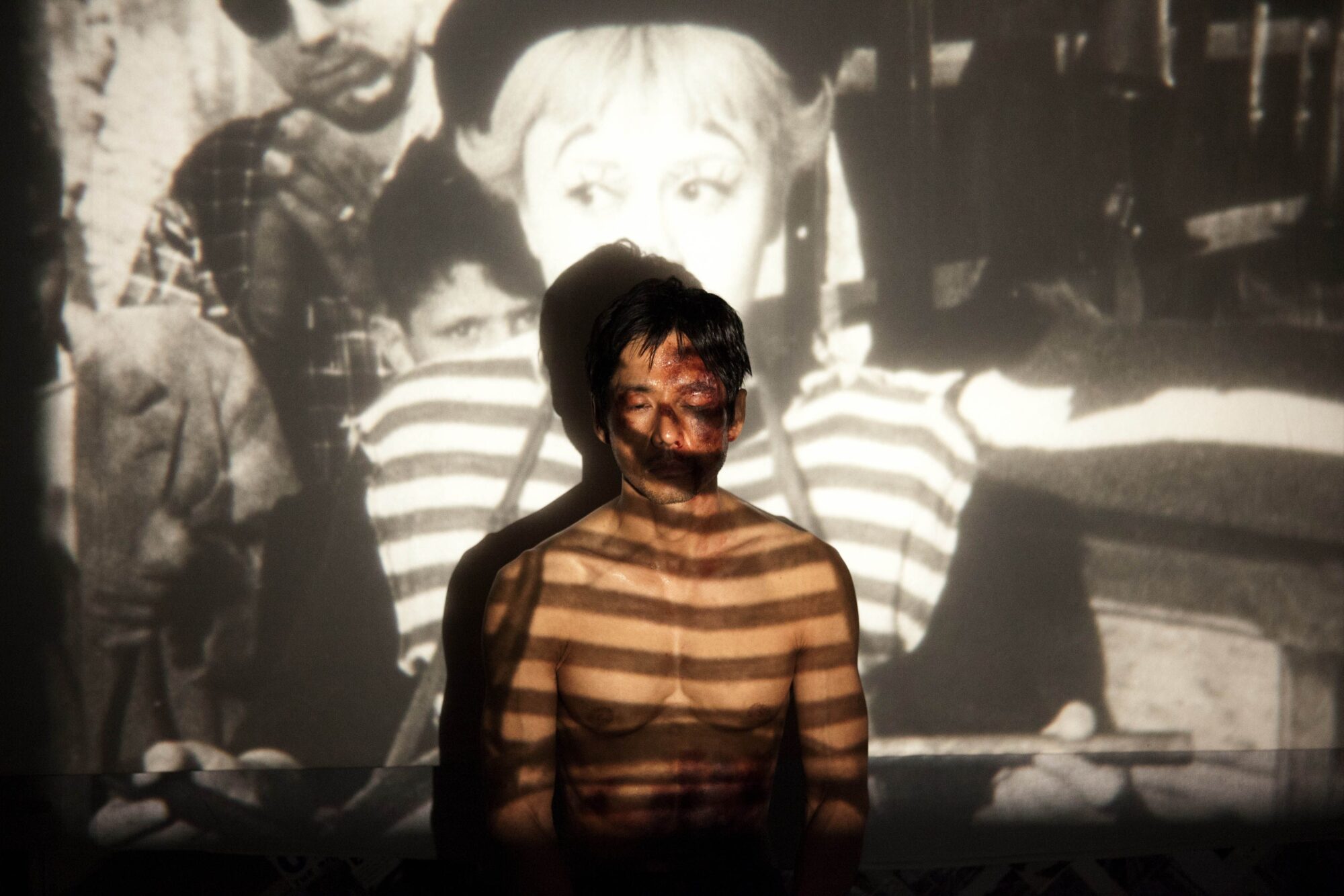 A furious and stone-cold serious work of narrative activism, at once remarkably bold, oddly inert, and calamitously self-important, Amir Naderi’s Cut excavates what remains, in the filmmaker’s eyes, of the bloated, bruised, and waterlogged corpse of cinephilia, left ignored by generations of would-be philistines too dumb and commercial-soaked to pick Mizoguchi and Chaplin over Michael Bay and Tony Scott. Set almost entirely in Japan, in either the dirty, decayed innards of a boxing club turned gangster hangout and the embryonic home of filmmaker-cum-cinema-activist Shuji (Nishijima Hidetoshi), the film takes movie love to a radical and brutally physical apocalyptic end. This is thanks to a classical noir twist that at once grounds and limits Nedari’s expression of his lacerative, cynical ideas on the state of cinema, in the land of many of the Iranian-born director’s greatest influences.

Largely content to run a modestly attended screening series on his roof and bark rhetoric about the importance of “pure cinema” through a megaphone on the street while preparing his latest script, Shuji might be the most convincingly pretentious and frustrated cinephile to ever be portrayed on film, and Nishijima, best known for his work in Takeshi Kitano’s Dolls and Jun Ichikawa’s Tony Takitani, is admirable in conveying Shuji’s caustic misanthropy without making him entirely unlikable. But when a gaggle of high-tier hoods present him with a pristine white box filled with what remains of his debt-ridden brother and announce that Shuji is now the owner of the 12 million yen debt, the filmmaker offers his body as a source of income, becoming a human punching bag for packs of sadistic goons in the same dingy bathroom where his brother was killed.

A perceivable metaphor for the rigors of securing funding for independent features, as well as a quasi-subdued yet laughably highfalutin act of finger wagging, Cut’s allegorical content is shortsighted and occasionally grating. Nevertheless, Nedari, who wrote the script with Yuichi Tazawa and Eureka director Shinji Aoyama, injects the film with palpable anger, minor homages, and personal detail, lending the film an invigorating flush of passion that never ceases for most of the film’s two-hour-plus runtime. And Nedari’s work with DP Keiji Hashimoto is consistently transfixing, from the tracks and pans through the dusty, corroded boxing club, invoking the dusky, neon-lit interiors of early Wim Wenders, to the long takes of Shuji in his home wallpapered with photos of his favorite directors and movies, healing and preparing himself by bathing himself in projections of Kwaidan or The Searchers.

Both Nerida and Shuji’s passions explode during the film’s climax, where Shuji takes 100 punches for close to three million yen. Nerida punctuates this epic beating with Shuji—and assumedly, his—top 100 movies literally listed, one-by-one, throughout the beat down. It’s a beguiling tactic, barely presaged by Shuji’s punctuative visits to the graves of Mizoguchi, Kurosawa, and Ozu, and its purpose—offering brief respites to the savage violence—feels limp and more than a little condescending.

Neradi’s ending, which casts filmmaking as something very close to addiction, makes Shuji feel more like a brave, unyielding radical than a quasi-psychotic snob, or even a balance between these two stereotypes, and it’s a deeply unsatisfying decision. The aspiring filmmaker barks that there are still filmmakers that strive for a “pure cinema,” but that’s not the attitude that Neradi’s film exudes in its pummeling bleakness. By constantly harping on the works and prowess of past masters, most of whom were long ago accepted as artists beyond the violent realms of scrutiny, Neradi diminishes not only the works of the myriads of modern, talented filmmakers, he also makes his own films, including Cut, feel unfairly insignificant.