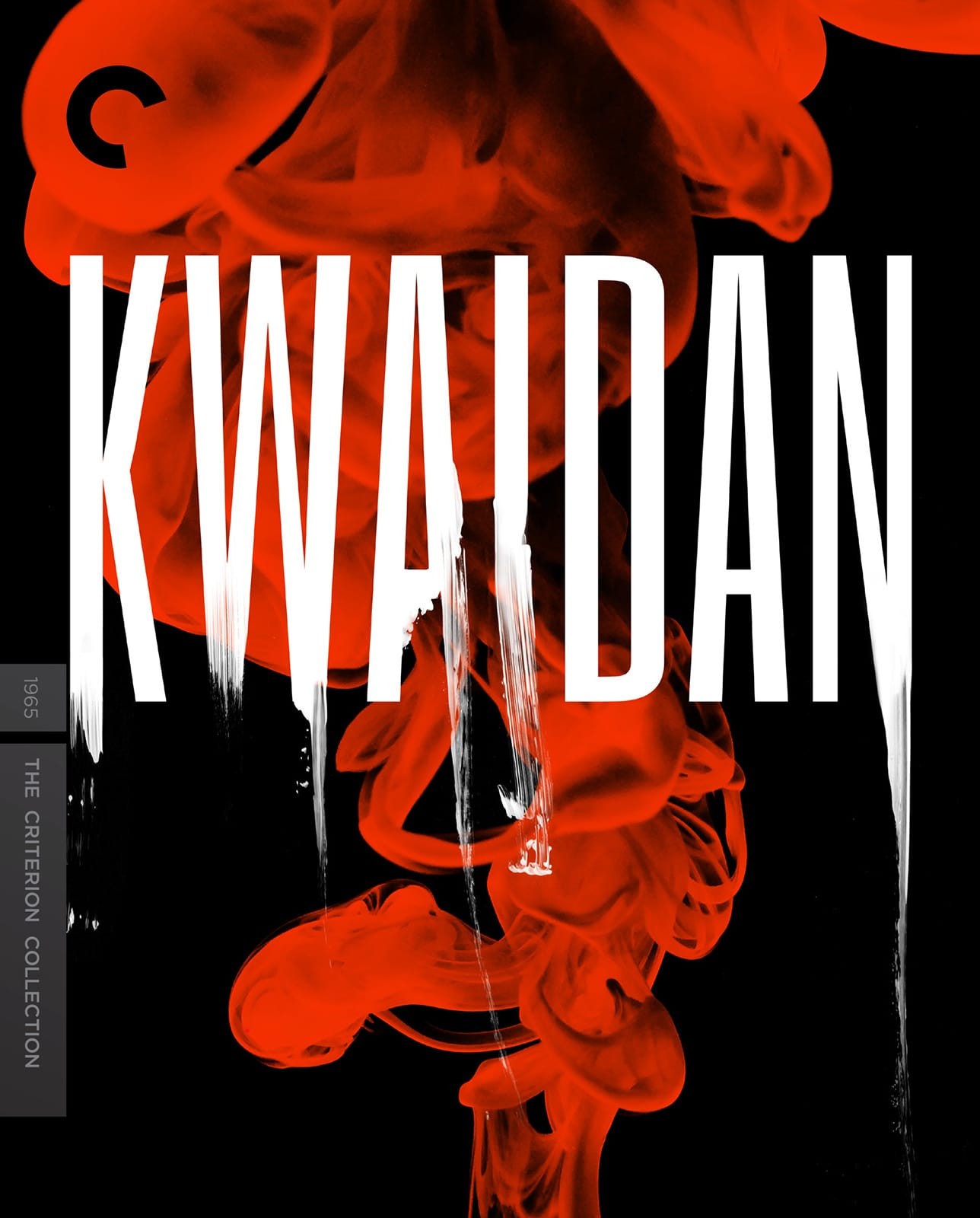 It’s a widely held notion that midcentury Japanese cinema was a breeding ground for visual artists capable of excelling with the large-scale resources of a studio system. Kurosawa, Mizoguchi, and Ozu, the big three directors by any estimation, all cemented their legacies in their own distinct ways through the ‘50s. Less commonly remarked upon, however, is Japan’s truly avant-garde work in the domain of sound, particularly as the ‘50s classicists gave way to ‘60s trailblazers like Hiroshi Teshigahara, Nagisa Oshima, and Masahiro Shinoda.

At the heart of many of these directors’ films is the great composer and sound designer Tôru Takemitsu, who brought a modernist flair to match his collaborators’ subversive tweaks on their nation’s tradition of quality. However, it’s actually with 1964’s Kwaidan, an anomalous effort by a director—Masaki Kobayashi—who otherwise belonged in spirit more to an earlier era, that Takemitsu brewed up one of his most cutting-edge soundtracks.

In the climactic scene of the first chapter in this three-hour quartet of ghost stories, the protagonist (Rentarô Mikuni), a samurai who’s committed the treasonous act of leaving his family for another clan, returns home after a long period away to find the wife he abandoned a mere skeletal shell. As he shudders uncontrollably in horror, slamming into walls and cracking the remaining wood of his rotting old home, no synchronized diegetic sound can be heard. Instead, Takemitsu sets the scene to a quiet high-pitched buzz, atop which he interjects blunt impact sounds (wood being struck, metal resonating for a split second) at intervals unrelated to the physical action.

The overall effect of this minimal accompaniment is akin to being trapped in a tiny, sound-dampened room, outside of which an aggressive force is trying to break in—not at all an inapt analogy for the experience of being haunted, meanwhile bereft of sympathy from perplexed peers. And this is but one isolated example of Kwaidan’s sonic inventiveness, as Takemitsu executes similar techniques—the muffling or extreme selectiveness of atmosphere noise, the dialing up of psychologically motivated sound effects—to mesmeric results in scene after scene of Kobayashi’s chilling anthology film.

To dwell first on the sonic ambiance of Kwaidan might strike some as perverse, as it’s also, and more famously, one of the boldest-looking films ever made, its lavish, punctiliously arranged images continually reflecting the tormented headspaces of commoners driven mad by the machinations of an inflexible world. Working from source material by Lafcadio Hearn, Kobayashi treats his four adaptations to mighty doses of studio artifice to achieve a painterly hyper-reality.

“Black Hair” is composed largely of ethereal dolly movements around its antihero’s family home, an emptied-out woodland palace overrun by the elements; “The Woman in the Snow” utilizes expressionistic painted backdrops and radical mid-shot shifts in lighting to conjure its surreal and seasonally varied countryside; “Hoichi the Earless” inflects its aristocratic milieu with tricky superimpositions and optical masking effects, extended scans of woodblock prints, and billowing clouds of artificial fog that might have made Mario Bava blush; and the final tale, “In a Cup of Tea,” brings halting, formalized swordplay into a rigorously ordered Meiji-era township.

Kobayashi’s directorial control of these milieus is total, which is apropos given the fact that Hearn’s stories feature characters in thrall to the whims of outside forces. For what ultimately amounts to slim (in incident, if not necessarily in length) and predictable tales of ghostly infringement on quotidian life whereby the arcs and the outcomes are more or less the same, it’s the complete harmoniousness of the mise-en-scène that keeps them engrossing on a moment-to-moment level, unfolding less like crescendos to narrative surprises than wades through persistent and inexorable hauntedness.

In each story, a male character is visited, either by karma or mere happenstance, by a spirit, which goes on to preoccupy his thoughts until ultimately affecting his exterior well being. The relative points of introduction of these ghosts, however, are negligible, as the entire world as orchestrated by Kobayashi appears under the sway of an otherworldly spell. Characters, if not frozen entirely in their socially demarcated positions, move in slow and deliberate fashion, and the camera’s analogous movement often suggests that of an invisible onlooker, creeping up toward the characters unbeknownst to them or descending from celestial perches. In a recurring physical gesture, Kobayashi’s actors rise ominously into empty compositions like undead souls—a maneuver acted out by both the literal apparitions and those blessed with corporeality yet no further from death.

Hauntedness as a state of Japanese existence is an old idea. The film’s title translates loosely as “ghost stories,” a form of Japanese folk tale that flowered in literature, Kabuki theater, and woodblock printmaking in the Edo period of the 17th century. Kobayashi’s gambit is to contextualize these hauntings in political terms, as reflections of deep-seated anxieties within Japan as a result of its strict moral codes. The betrayal of filial and matrimonial piety, the crossing of class boundaries, and disloyalty in the face of implicit pacts—in Kwaidan, all these transgressions are met with swift intervention from menacing specters of the past.

“Once you do what a spirit tells you to do, you’ll be possessed, perhaps even killed,” the young Hoichi is warned in his eponymous tale after agreeing to play his biwa before a gallery of dead courtesans and samurai, but the statement seems as much a cautionary message to Japanese audiences on the danger of following the mistakes of history. In this context, red—seen as the color of the ocean, of ribbons wafting through a courtyard, of a flag planted into a snowy landscape, and of the flowing dresses of jilted lovers—is easily decipherable as the figurative blood of Japan’s feudal and restrictive past, a past, according to Kwaidan, that’s both dead and frighteningly alive.

The fact that Criterion’s Blu-ray transfer of Kwaidan is so pristine that one can even distinguish the individual specks of artificial snow within the wintry mounds of “The Woman in the Snow” isn’t a problem; if anything, further clarifying the film’s meticulous fakery sheds new light on its self-conscious construction of Japanese society. We’re also invited to appreciate a heightened understanding of Masaki Kobayashi’s schematic but assertive use of chromatic symbolism. When the setting turns from muted grays to an icy blue in the same tale, for instance, the effect is overwhelming. Meanwhile, it’s hard to imagine a more reverent mastering job of Tôru Takemitsu’s work. His soundtrack relies on subtle distinctions in sonic frequency, as well as arresting quiet/loud dynamics, all of which are served perfectly here.

“Filming is going smoothly!” exclaims a title on one of the three vintage trailers included in Criterion’s extra features, while another boastfully broadcasts the film’s budget of 350,000,000 yen. Such curiosities give a charming sense of the cultural cachet Kwaidan held in its time, a history further elucidated in the two interviews included in the set: one with assistant director and restoration supervisor Kiyoshi Ogasawara, and one with literary scholar Christopher Benfey. Ogasawara discusses the circuitous task of resurrecting the 161-minute Cannes cut and the original 183-minute cut (the one spotlighted by Criterion) from Toho studios, as well as his liberating working relationship with Kobayashi. Benfey profiles Lafcadio Hearn, details his sensitive Americanization of Japanese folk tales, and finally looks at how Kobayashi reintegrates local oral traditions into the film version. A delightfully casual conversation between Kobayashi and Masahiro Shinoda about the film’s troubled production and an essay by critic Geoffrey O’Brien complete the set.

Criterion accounts for the 22 minutes missing from their original DVD release of Kwaidan, lavishes it all with their customarily meticulous restoration work, and comes away with one of the essential releases of the year.

Blu-ray Review: Gus Van Sant’s My Own Private Idaho on the Criterion Collection