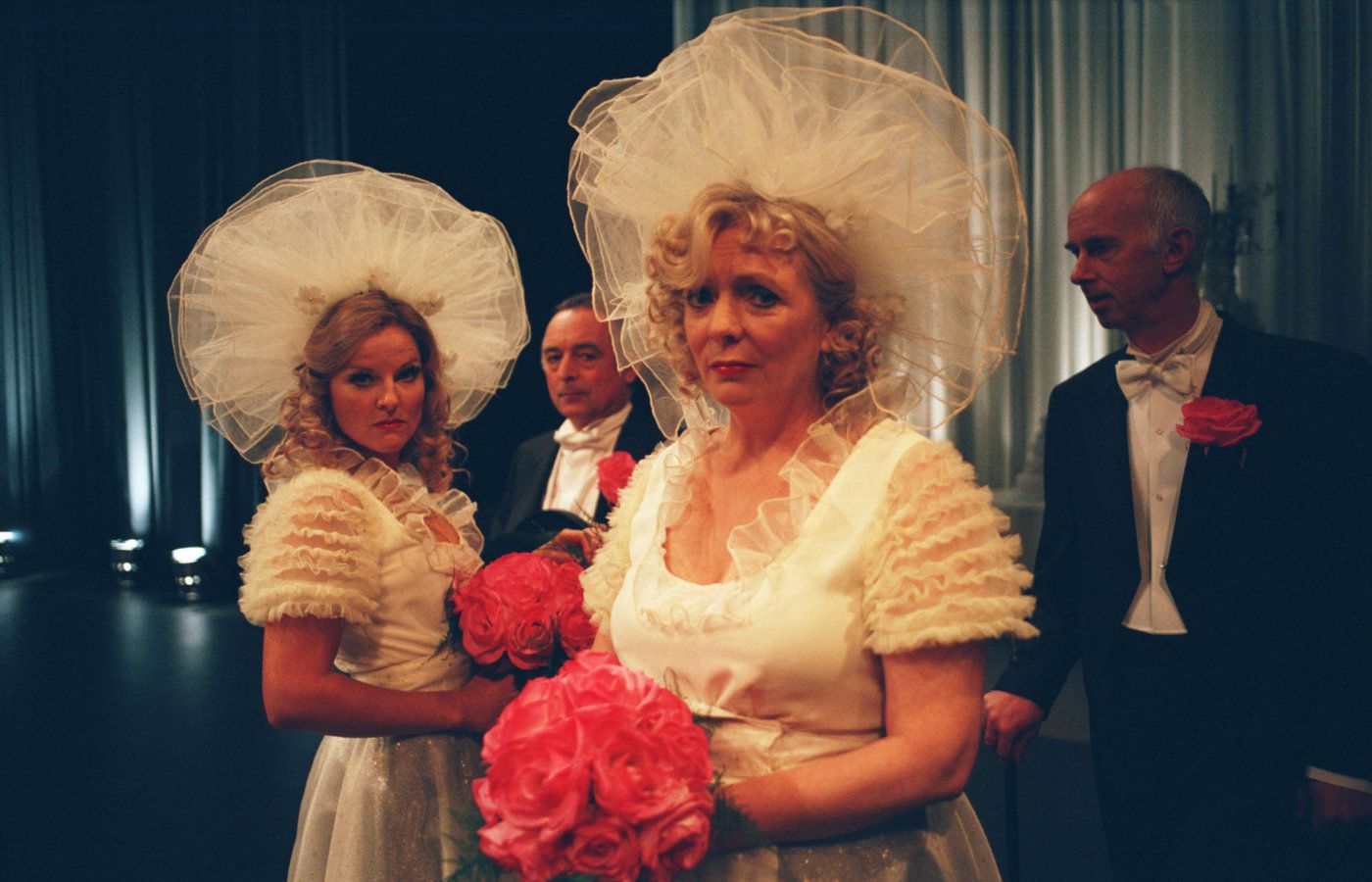 No amount of zany improvisation can save a mockumentary with an inherently unfunny premise. Just look at A Might Wind. Or, better yet, don’t. However, with Confetti, Debbie Isitt’s central conceptual blunder isn’t simply setting her amiable story in the mirthless world of matrimonial magazine publishing, but failing to have her outrageous scenario reflect any amusingly piercing truths about the process of planning and executing a wedding. Focusing on three couples who are competing for a million-dollar house in Confetti magazine’s contest for the most uniquely themed wedding, Isitt’s comedy strives to mold itself after Christopher Guest’s faux-reality films, utilizing an ad-libbed script and a nonfiction aesthetic for supposed off-the-cuff laughs that—courtesy of an out-of-sync cast who seem unclear if scenes (or roles) are to be played for giggles, pathos, or both—rarely materialize. The British director’s erratic adherence to her verité conceit only further compounds Confetti’s general awkwardness, though even a diligently consistent mise-en-scène wouldn’t compensate for persistently dull gags, whether it be recurring shots of the “naturist” couple (Robert Webb and Olivia Colman) nonchalantly walking about in the buff, or the angry male half of the “tennis” couple (Steven Mangan and Meredith MacNeill) fighting with a Spanish lothario who’s trying to steal his wife. Most of the film just lies there inertly, vainly waiting for one of its competitor duos, which also includes Martin Freeman (The Office, The Hitchhiker’s Guide to the Galaxy) and Jessica Stevenson as a “musical” couple staging a Busby Berkeley-themed ceremony, to concoct something amusing to say. Admittedly, every once in a long while this freestyle approach pays off, such as when a naked Webb randomly pronounces the acronym “a.k.a.” as a word (“acka”). But naturalistic humor doesn’t flow freely from Isitt’s unrealistically goofy, overly orchestrated situations, nor do any noteworthy insights surface regarding the actual experience of getting hitched, the latter shortcoming—and concurrent, nagging impression that a more fruitful approach would have been to concentrate on everyday people going through the rigmarole of preparing for their big day—ultimately dogging Confetti like a Bridezilla hounding her wedding planner.