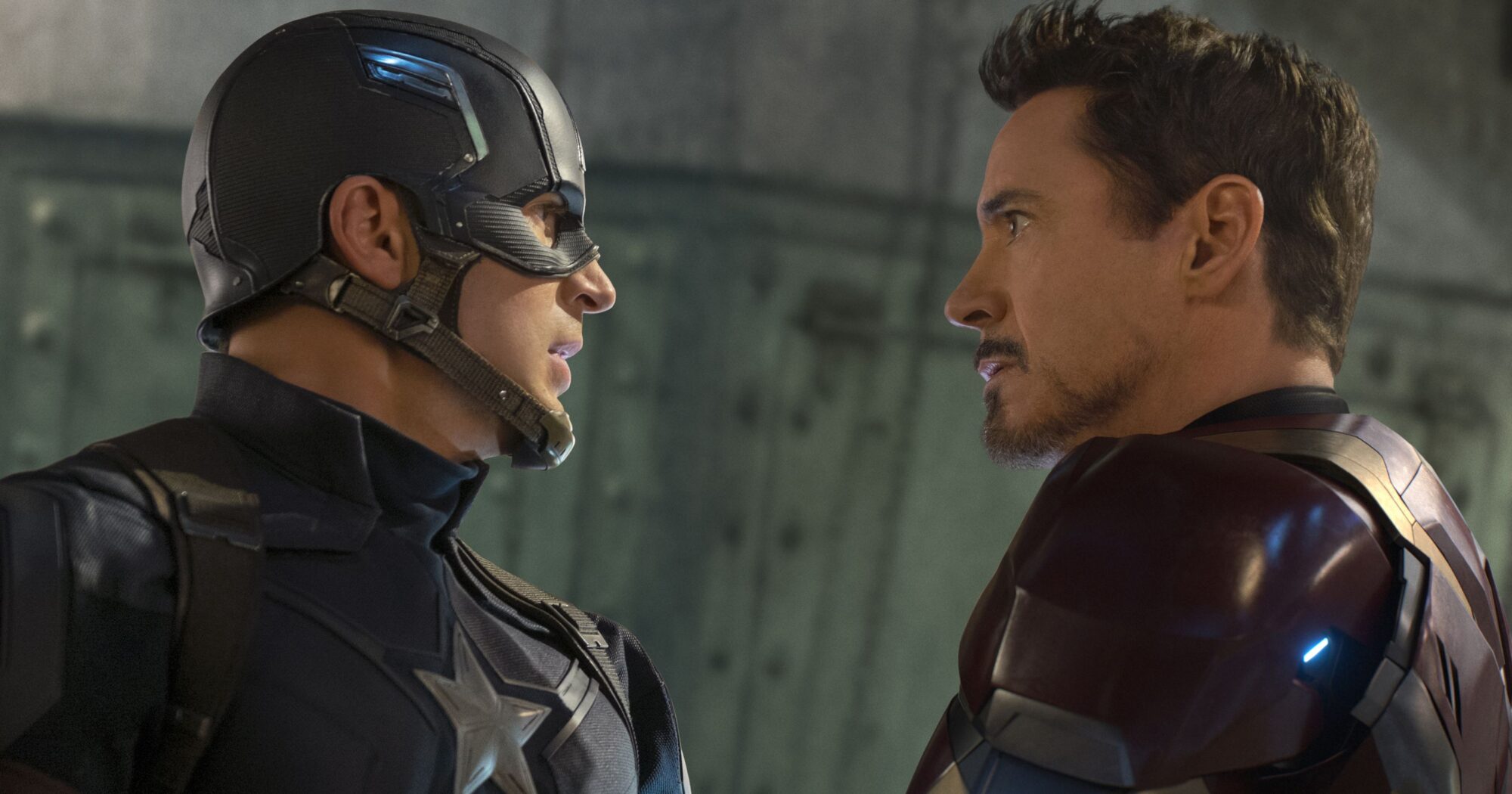 The last Captain America film, Winter Soldier, was simultaneously the most promising and frustrating entry in the Marvel Cinematic Universe. It opened up rarely explored avenues of self-examination in superhero movies by calling into question the value of S.H.I.E.L.D. operating under a vague notion of “the greater good,” only to throw out any actual criticism by revealing the agency’s increasingly fascistic operations to be the result of Marvel’s approximation of Nazis. Captain America: Civil War operates similarly, confronting the immense collateral damage left by the Avengers across various missions, only to find ways to duck answering its own ethical questions.

Civil War actually has a scene in which the Avengers are made to watch footage taken by normal, everyday civilians of their homes being turned into ash and rubble as a result of the Avengers’ battles in various cities. One of these skirmishes, from earlier in the film, takes place in Lagos, with Scarlet Witch (Elizabeth Olsen) stopping a suicide bomber from killing Steve Rogers, a.k.a. Captain America (Chris Evans), by containing the blast, only to lose control and release the explosion among civilians. The sequence is, in the moment, exciting and filled with intricate choreography, but news reports of the event are sobering in their clear documentation of the damage caused.

Marvel movies stress the efforts that heroes make to minimize casualties, but for once the characters must face the possibility that they do as much harm as good. The film doesn’t even trot out the usual strawman of an impotently jealous liberal politician to voice these concerns, instead placing them in the reasonable words of United Nations delegates and international leaders who understand that the Avengers wish to help, but simply require more oversight.

This solid foundation gives way, however, when Civil War introduces, then immediately discredits, the possibility that Steve’s best friend, the brainwashed Winter Soldier Bucky Barnes (Sebastian Stan), is responsible for an attack and assassination. As in Winter Soldier, the film quickly nullifies its conceit, pinning blame on the mysterious Helmut Zemo (Daniel Brühl). In the process, this revelation dismisses the darker implications of the Captain’s obdurate refusal to answer to others by justifying his destructive efforts to keep his friend from being captured. This quickly turns the narrative into a straightforward fight of positions between proud Captain America and his allies on one side and a guilt-ridden Iron Man (Robert Downey Jr.) on the other. The question of who’s right falls to the wayside in favor of a reductive selection of sides based solely on hero preference.

But if the fight becomes the centerpiece instead of the philosophies that prompt it, Anthony and Joe Russo at least pack the film with a great many set pieces. The filmmakers aren’t particularly adept at shooting action in a classical, cogent manner, but they make a sincere effort to visually represent how each character’s conditioning and powers factor into combat. Brawlers like Captain America and Black Panther (Chadwick Boseman) are filmed with frantic close-ups that approximate the intensity of their brute strength and reflexes, with the occasional boomeranging shot that follows Captain’s shield when it’s thrown at foes. Meanwhile, Iron Man gets slightly longer shot lengths and camera distance to account for his long-range weapons and strategic fighting. But perhaps the greatest beneficiary of the Russos’ method is the new Spider-Man (Tom Holland), whose inexperience and youthful enthusiasm for his powers is well suited to the directors’ antic but capable style.

Nonetheless, the undeniable fun of the action scenes only exacerbates the failure of the narrative to adequately contend with its own themes. Though it lacks the stultifying somberness that weighs down Batman v Superman: Dawn of Justice, Civil War in way ways shares ties with Zack Snyder’s film a willingness to decry collateral damage while causing even more; it also uses personal loss to motivate characters who apparently cannot care about destruction unless it happens to someone they know. Whether it’s Steve’s overriding loyalty to Bucky or the seen and unseen deaths that spur Black Panther and Spider-Man to don their masks, intimate tragedies compel the heroes in ways that the broader issues of their global impact never do.

What starts as a provocative debate with major consequences rapidly devolves into an airing of grievances, yet this doesn’t personalize the film so much as negate its intended scale. That the third Captain America movie remains so generally entertaining is a testament to the idiot-proofing of the Marvel Studios formula, in which everything is rendered just well enough to tick every box in an audience member’s idea of a blockbuster worth their money. But it’s also the latest in a growing body of evidence that the Marvel Cinematic Universe’s need to evolve and deepen is held back by that same formula, and that if this universe is expanding, it’s nonetheless finite.