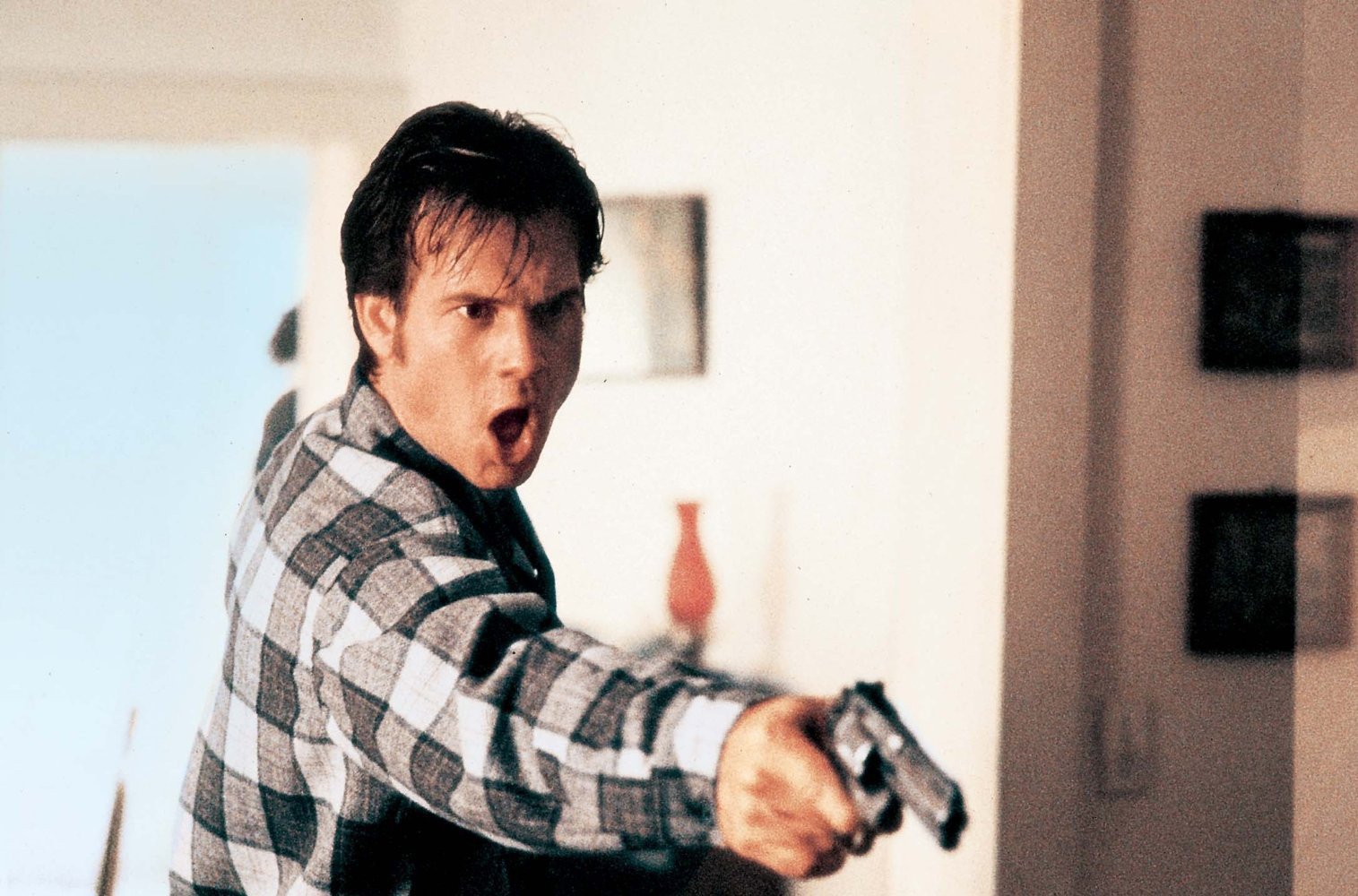 The racism in Carl Franklin’s One False Move suggests a festering pool of standing water just waiting to be disturbed. Lawman Dale Dixon (Bill Paxton) naturally utters the n-word while having a peaceful meal with his Los Angeles counterparts, one of whom is black. Lila Walker (Cynda Williams), the mixed-race outlaw trying to avoid capture in order to see her young son again, understands American inequality all too well: “Looking guilty is being guilty, for black people,” she tells her brother. Having recently shot a white Texas state trooper in the head at point blank range, the irony of her statement is hard to miss. But that doesn’t mean she’s wrong.

Released days after the 1992 Los Angeles riots, One False Move offers a particularly prescient reflection of regional division and segregation still powerfully evident in Donald Trump’s America. It sees violence as the common denominator between blue and red states, a casual fact of life that cannot be stopped no matter your ethnicity or background. In the film’s opening act, Lila’s southern-fried psycho of a boyfriend, Ray (Billy Bob Thornton), and his sadistic spectacled accomplice, Pluto (Michael Beach), murder six Angelinos to get their hands on a large stash of cocaine. Franklin’s smooth camera movements build unwavering suspense, illuminating the brutal seamlessness of these characters’ actions. For one of these perps, suffocating a woman with a plastic bag yields a fleeting pleasure. Another stabs his victims repeatedly while happy home videos, recorded minutes earlier, play in the background.

As the trio of criminals set out on the open road toward Texas and later Arkansas, LAPD detectives Dud Cole (Jim Metzler) and John McFeely (Earl Billings) venture south hoping to cut them off. The film’s tight screenplay, written by Thornton and Tom Epperson, builds toward an inevitable showdown, fleshing out characters primarily through intense dialogue sequences. Paxton’s fast-talking sheriff sees his case as the best opportunity to fulfill some western fantasy where defeating evil means getting “a crack at the big time.” He seems to assume that success will bring him notoriety—which is to say, the status of a legend. But all of his bravado is simply a cover for the profound shame hiding underneath—repressed feelings surrounding the identity and race of his bastard child with Lila.

Similarly, Lila subverts the femme-fatale archetype by playing possum with her true intentions. If Ray and Pluto are obsessively focused on the power of money and drugs, she values family and lineage above all else. Her decision to steal their loot and head back to Star City, Arkansas alone ultimately leads to the violent finale. Dale gets his chance at playing Gary Cooper in Fred Zinnemann’s 1952 western thriller High Noon, but the shootout is anything but heroic. It’s striking foremost for the close combat and nasty speed of the action, and also because it ends with Lila being shot in the head. The camera lingers on her lifeless eyes gazing up at the sky—an image that sees her wasted in more ways than one, and devoid of a meaningful sense of sacrifice.

So maybe One False Move is more noir than western, cynical of our ability to process trauma and resolved to the cold hard truth that good people are often punished for no discernable reason. The film seems to comprehend that trusting someone is the fastest way to the grave, and that denial is something almost hereditary. Franklin would further explore these fateful themes in his next feature, 1995’s Devil in a Blue Dress, starring Denzel Washington as Easy Rawlins, the blue-collar private detective made famous by Walter Mosley’s pulp novels. One False Move, though, is deeply rooted in the present.

The film’s sense of immediacy can be felt in one of Franklin’s brazen stylistic flourishes: the montage leading up to Dale’s showdown with Ray and Pluto. Here, the filmmaker crosscuts action charting various characters converging on a small farmhouse with a local farmer playing a harmonica. Angled close-ups dominate the sequence, which ends with Dale lying on a dirt road clinging to life, suffering both a knife and gunshot wound. It’s here that he finally comes face to face with his unwanted progeny, whose simple existence up to this point has been an emblem of indignity for a man who claims to have been “born under a lucky star.” Their compact conversation goes by fast, but it brings about more change than any six-shooter ever could.

Much of Franklin’s directorial efforts hinge on the follies and consequences of underestimation. The corrupt white politicians and cops in Devil in a Blue Dress refuse to take Easy Rawlins seriously even as he successfully unmasks their nefarious deeds. And in the director’s masterful House of Cards episode “Chapter 14,” Kate Mara’s scrappy journalist believes she has that fiercest of tigers, Kevin Spacey’s Frank Underwood, by the tail at one point—until he throws her in front of a moving train. That narrative gut-punch is most reminiscent of One False Move’s unwavering depiction of sudden violence.

Franklin often associates institutional power with white men who fixate on retaining their social status and masculinity at the cost of women and minorities. That’s truthfully laid bare during a chat between Dud and Cheryl Ann Dixon (Natalie Canerday), who understands her husband’s penchant for romanticizing confrontation and western codes better than anyone. “Dale doesn’t know any better,” she says. “He watches TV. I read nonfiction.” The exhaustion and frustration in her voice is palpable and noteworthy.

With the rise of Trump, white supremacy, and alternative facts, it’s hard not to think that many American voters could be described the way Cheryl Ann does Dale, living in a bubble that reinforces stereotypes and myths. One False Move charts all the warning signs and consequences that come with proliferating such ignorance and fear, most notably through segregation. Twenty-five years on, it remains a film of great social relevance and frightening urgency. It brings a shotgun to a knife fight, and the results aren’t pretty.