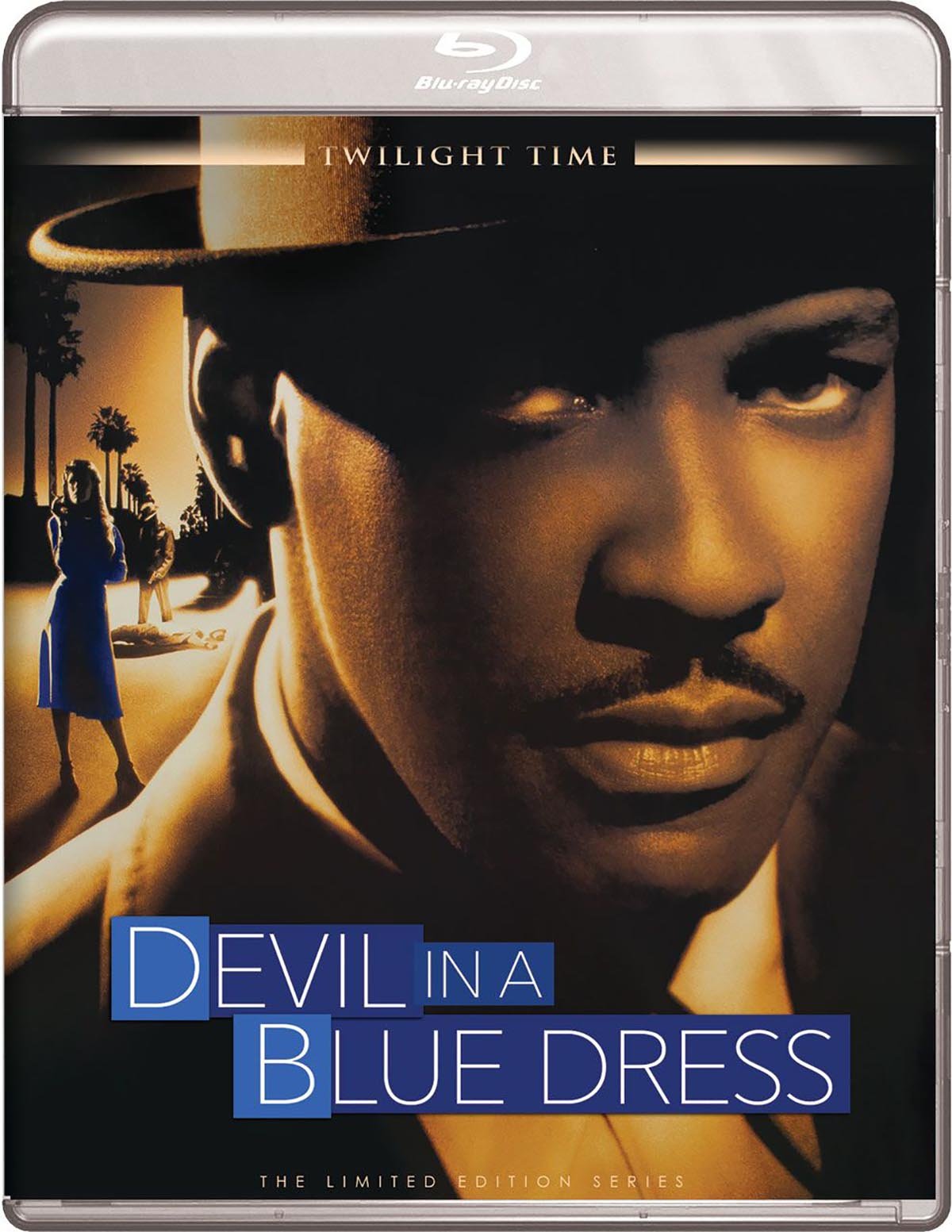 Carl Franklin establishes the revisionism of his neo-noir Devil in a Blue Dress within the first few minutes, as the recently fired Easy Franklin (Denzel Washington) sits in a bar against a daylit window. The contrast of blindingly white skies and black skin inverts the aesthetic standard of noir, of white bodies against inky voids, a difference in casting that prompts rippling changes to genre tropes. Instead of cluttered drawing rooms and glitzy but illicit clubs, the film takes place in the humble domestic spaces that themselves are the mark of glamour in a community where property ownership is a rarity.

Easy’s status as a homeowner is so special, in fact, that he centers everything on it. When begging his boss for his job back, Easy mentions first that he has a mortgage to pay; his second priority is food. He and the other members of his all-black neighborhood share a tacit bond of status—a friendly recognition of their respective material achievements that fosters a belligerent antagonism toward any outside force that might spoil it. Residents tense up, even turn hostile, around poor African-Americans who do various service jobs in the area, as if their mere presence might cause the universe to notice this aberration of black prosperity and undo it in an act of cosmic ledger balancing.

Established as just an ordinary guy trying to hang on to his house in a rough period, Easy stands out from the usual gumshoes and ambitious ladder-climbers that litter the genre. As such, when Easy gets tapped by a strange, violent man named Albright (Tom Sizemore) to track down the girlfriend of a mayoral candidate, his investigation is defined less by his actions, or even interests, than his status as a helplessly reactive agent who both suffers and perpetuates L.A.’s tortured race relations. Los Angeles itself always made a prime location for neo-noir, what with its expansive, horizontal layout and its brightness, but Franklin finds the cramped dimensions in the city, placing Easy in a pressure cooker where all the usual antagonists—brutish hoods, resentful cops, duplicitous women—have their hate pointedly recontextualized.

Throughout, Franklin constantly returns to issues of race, and at times he pushes genre tropes to new areas of meta-critique. This is best embodied by Daphne (Jennifer Beals), the woman Albright instructs Easy to find. Anyone familiar with noir will expect her to be a femme fatale, but Daphne’s dark side comes in more literal fashion with the revelation of black blood in her family tree. Such details clarify an occasionally muddled narrative as the logical byproduct of radically reorienting a well-worn genre around a topic that’s confusing to explain yet instantly, intuitively understood.

In these terms, Daphne’s willingness to lie and misrepresent herself takes on a more poignant, sympathetic side, as does Easy’s inability to let go of Mouse (Don Cheadle, all coiled muscle and sharp-toothed smiles), his violent friend who nonetheless accepts Easy on his own terms. There’s a great tragedy to the film, one that has nothing to do with the mass corruption that surrounds the characters and everything to do with the far more desperate battle for simple identity.

Twilight Time’s Blu-ray lacks any major preservation efforts, but appears mostly issue-free. This is a film shot with different aperture settings and lenses from the norm to ensure accurate reproductions of black skin colors, and both velvety, brownish night shots and blindingly bright daylit scenes retain textures and detail. The 5.1 surround track is mostly quiet, with the dialogue-heavy soundtrack naturally front-mixed. Nonetheless, subtle ambient effects add menace to conversations, and no pops or hiss can be detected.

Carl Franklin gives a thorough account of the film in a commentary track that offers tidbits of information on everything from the minor casting to how the film’s brightness has shifted for home-video presentation. The director rarely leaves dead air in the track, and his anecdotes and breakdowns are delivered in a calm but easygoing tone that never gets dry. The disc also comes with Don Cheadle’s screen test, trailer, and a brief essay by Julie Kirgo.

This neglected gem adds yet another layer to noir’s longstanding preoccupations with black and white.