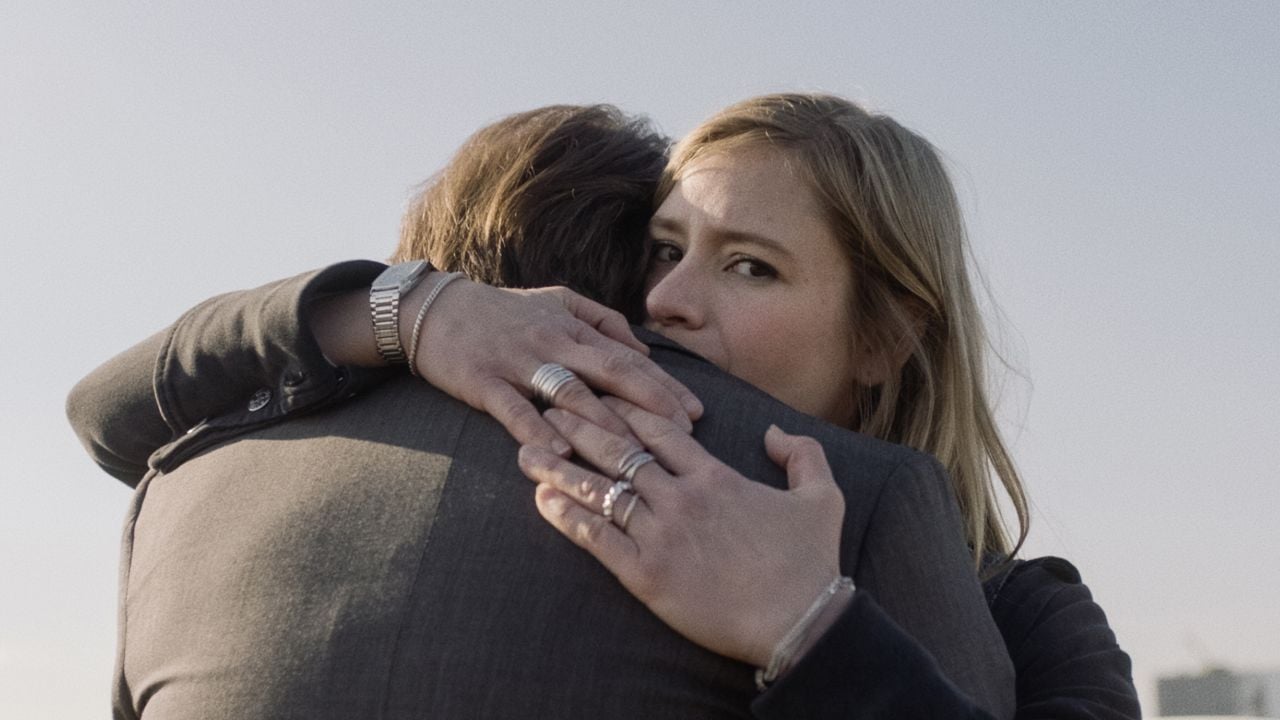 The child who can’t live up to parental idealization has been a recurrent figure at this year’s Berlinale. In Denis Côté’s Boris Without Béatrice, the daughter’s cartoonish leftist politics are at odds with her father’s one-percenter lifestyle. In Anna Muylaert’s Don’t Call Me Son, the son turns out to have been stolen at birth. In André Téchiné’s Being 17, skin color renders visible the son’s illegitimate status. 24 Weeks director Anne Zohra Berrached takes the trope even further, dooming the baby before he’s even born.

This German melodrama follows the complicated pregnancy of Astrid Lorenz (Julia Jentsch), a happily coupled and successful comedian who finds out her soon-to-be-born second child has Down syndrome. While Astrid and her boyfriend, Markus (Bjarne Mädel), quickly decide to take on the challenge of raising a child with special needs, not everyone around them shares their enthusiasm. The family nanny refuses to take on the extra work and their younger daughter thinks the baby is “disgusting.” The couple tries to manage their feelings with the dexterity of Astrid’s handlers as they get her ready to go on stage, as if completely unused to life events they cannot control.

There’s a mixture of pragmatism, dignity, and muffled desperation in the way Astrid and Markus handle the premature inaptness of this child who threatens to taint their idyllic world of spotless blondness and luxurious living. But just as they begin to welcome a less-than-perfect being into their home, Down syndrome turns out to be only the first of a series of bad news regarding Astrid’s pregnancy. Basically everything is wrong with the child—in a way that may or may not denounce the fact that not everything is right with the relationship between this child’s parents. As it becomes clear that his survival will mean several surgical interventions in and out of the womb, and a lifetime of suffering, the family unit breaks down.

Markus is adamant about keeping the baby no matter the cost. Astrid’s mother is willing to help either way, but skeptical of the couple’s show of force. Friends are put off but cordial. The film turns mostly to Astrid’s ambivalent feelings around the worth of a life condemned to pain, treading a delicate line between weep-inducing Sophie’s Choice conundrum and über-polished PSA against pro-or-con abortion binaries.

Zohra Berrached alternates heavy-handed moments showered with piano music with a rather gracious and brave commitment to the subject at hand. Which is at once 24 Weeks’s greatest quality and flaw: its insistence on facing the issue head-on and its inability to snap itself out of its literality. The film never breathes, never looks away, never digresses. Every single scene is a confrontation of its one and only theme. Such conceptual commitment immerses us in Astrid’s very suffocation, but also keeps us from reveling in potential metaphors—that is, from wondering what the specificity of her heartbreak, and her child’s, might say about our own.