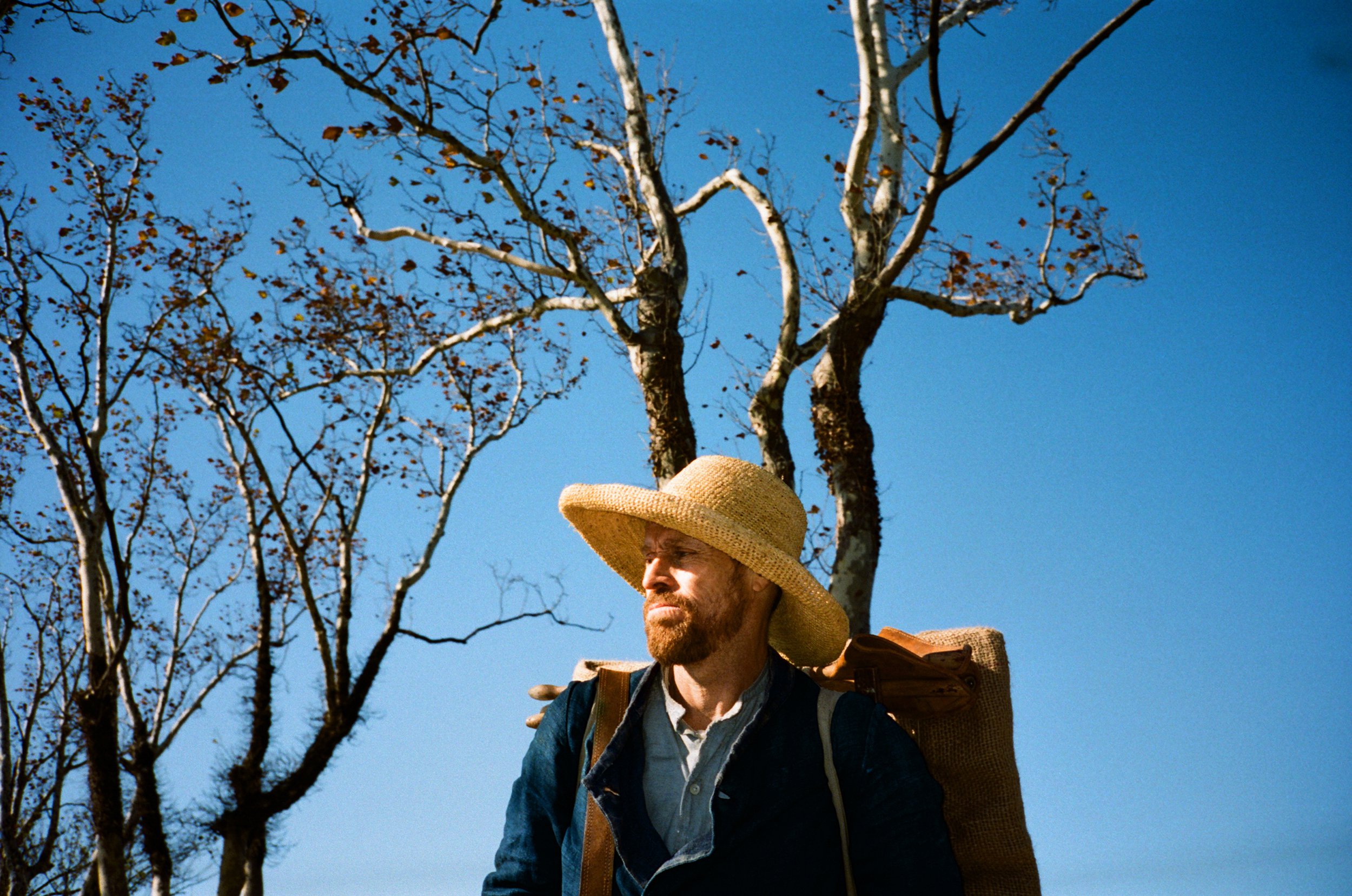 Vincent van Gogh was the exemplar of agonized geniuses who, while alive, were considered failures, misunderstood by the vacuous masses, and who only posthumously received the validation and fame that eluded them in life. Consider Herman Melville, who died in poverty and obscurity just one year after van Gogh: Some of his early work was met with acclaim, and he was, for a time, an esteemed popular writer known for his high-seas adventures before receding like a white-capped wave into oblivion. Van Gogh knew no such success. He accrued no fans. He never lost popularity because he never had any. He did begin to receive some attention toward the end of his life, but his mental faculties were eroding by then—he had, after all, cut off his own ear, which he tried, in vain, to gift to a friend—and he was too unwell to truly comprehend and appreciate his belated recognition.

During this time, the final year of his life, van Gogh was hospitalized at the Saint-Paul asylum in Saint-Rémy-de-Provence, from May 1889 until May 1890, where he worked at a prodigious and vertiginous rate, creating almost 150 paintings in that one-year span. While alive, he sold just one, possibly two paintings, The Red Vineyard at Arles for 400 francs to Anna Boch at the Les XX exhibition in 1890, and, some historians think, a self-portrait sold to a London art dealer, mentioned in a letter from van Gogh’s brother, Theo. Van Gogh was as prolific at writing letters to his brother as he was painting, and it’s these letters, to and from Theo, that inspired Julian Schnabel’s At Eternity’s Gate.

An impressionistic biopic, shot through with Schnabel’s usual insolence toward narrative and formal conventions, the film, co-written by Jean-Claude Carrière, eschews any serious attempts to understand van Gogh (played here by Willem Dafoe) or his art, and simply luxuriates in the beauty that beguiled the man. This is both a fitting tribute to an artist who rebuffed conventional painting techniques, and a disappointingly self-indulgent exercise, the efforts of a filmmaker whose affinity for abstractions often interfere with the story he’s trying to tell, and distract from the purported subject of the film.

Schnabel is obsessed with the very beauty that transfixed van Gogh, but his basking feels, quite often, almost lazy. The director leans on his familiar and scarcely innovative mannerisms and peculiarities, and it’s almost as if he doesn’t know what his intent is: to dissect and decipher van Gogh as an enigma, or something less tangible, the nature of art and how we understand it in its time. The themes that At Eternity’s Gate touches upon are myriad, yet Schnabel doesn’t commit to any of them. Van Gogh committed to his aesthetic, his approach, despite dissent and opprobrium, because he believed that he had a gift from God. Schnabel doesn’t have such a conviction.

The film is composed mostly of scenes of van Gogh suffering abuses from inane and cruel people, alternating with serene moments of the man traversing beauteous French countrysides, with handheld shots of his feet kicking up dust and his wide-brimmed hat like a great yellow sun against the sky. It’s more than a little surreal to see person after person so curtly and confidently dismiss the man’s paintings, and Schnabel doesn’t do much to make these amateur pundits seem like nuanced humans, or anything other than bitter detractors. It’s all so unremitting and brutal, yet most of it is true.

It’s telling, then, that Schnabel chooses to depict van Gogh’s death as an accidental shooting by impetuous children—a minority opinion perpetuated by Steven Naifeh and Gregory White Smith’s 2011 book Van Gogh: The Life—rather than the more commonly accepted suicide. (He was found bleeding in a field and brought back to his room, where he died days later.) Schnabel adores van Gogh, as is evident by this fawning paean to his suffering, which eschews any scenes of the man being anything other than a misunderstood genius. Dafoe’s van Gogh wouldn’t harm a fly, and, though he mentions his mental illness repeatedly via voiceover, he seems, all things considered, like an affable, pertinacious, indefatigable man. Van Gogh killing himself is a vital component of his legacy, of the myth emanating from the man, and Schnabel abjures popular conception, opting instead to depict his own preferred version of van Gogh’s death. It turns the film into a victim’s story.

Dafoe is, at 63 years old, a quarter century older than van Gogh was at the time of his death, and the age discrepancy makes van Gogh seem as if life has prematurely aged him. The actor has a weathered and weary face, etched with wrinkles, and here it’s mottled with dirt and covered with curlicues of rusty hair. Dafoe’s van Gogh has a sickly look, gaunt and sallow, the face of a man abused by a life of penury and pain. And it’s his eyes—wide, observant, eager, anxious—to which Schnabel pays the most attention, because it’s with his eyes that van Gogh sees the world whose beauty imbues his paintings. His assiduous and inimitable gaze gives him the impetus to keep on living despite the unrelenting hardships that beset him. If the film is a surface-level look at one of the greatest artists of the 19th century, Dafoe’s look penetrates.

A confident and unshowy Dafoe largely earns the woebegone moments when Schnabel shoves a camera in his face and dwells on the man’s trembling visage, but this isn’t one of the actor’s more poignant turns. There’s a pathos to his best performances, for the way he digs down deep and exhumes a character’s profound feelings of self-loathing and fear, sometimes their unrepentant and unfettered evil. Here, despite his restraint and sensitivity, and that occasional penetrating gaze, Dafoe seems almost unchallenged. He doesn’t seem connected to the actors and the world around him.

Van Gogh differed from his contemporary and sometimes consort Paul Gauguin (played here by an almost bored Oscar Isaac) in his preference for nature over the imagination. Whereas Gauguin conjured images from the wunderkammer of his mind, van Gogh culled from the quotidian details of daily life, from the effervescence of the natural world. “I don’t mind so much whether my color corresponds exactly, as long as it looks beautiful in my canvas,” he wrote. In At Eternity’s Gate, Schnabel channels the artist’s use of two complementary colors in some outdoor scenes, with verdant greens meeting blue skies, flaxen fields undulating in the breeze as the artist traipses through bucolic vistas with an easel on his back. Scenes of sorrow and internal tumult seem sapped of color, captured in anemic grays and blues, like the skin of a cadaver, juxtaposed with the vibrant yellows and greens and blues of van Gogh’s paintings, and of his beloved “Yellow House” in Arles.

But Schnabel, himself an artist, never shows much interest in van Gogh’s technique, though the shots of painting are, as far as I could tell, accurate, such as the way he used decisive strokes to reinforce the outlines of objects while the paint was still wet. Van Gogh worked quickly, and this haste is an integral part of his aesthetic and approach. But the specifics of his style—his brush strokes, his use of color, his texture—are mentioned briefly, and all one is left with is the axiomatic wisdom that van Gogh was great. Schnabel never asks “Why?” He’s more interested in the calloused repudiation of gadflies.

Review: If Beale Street Could Talk