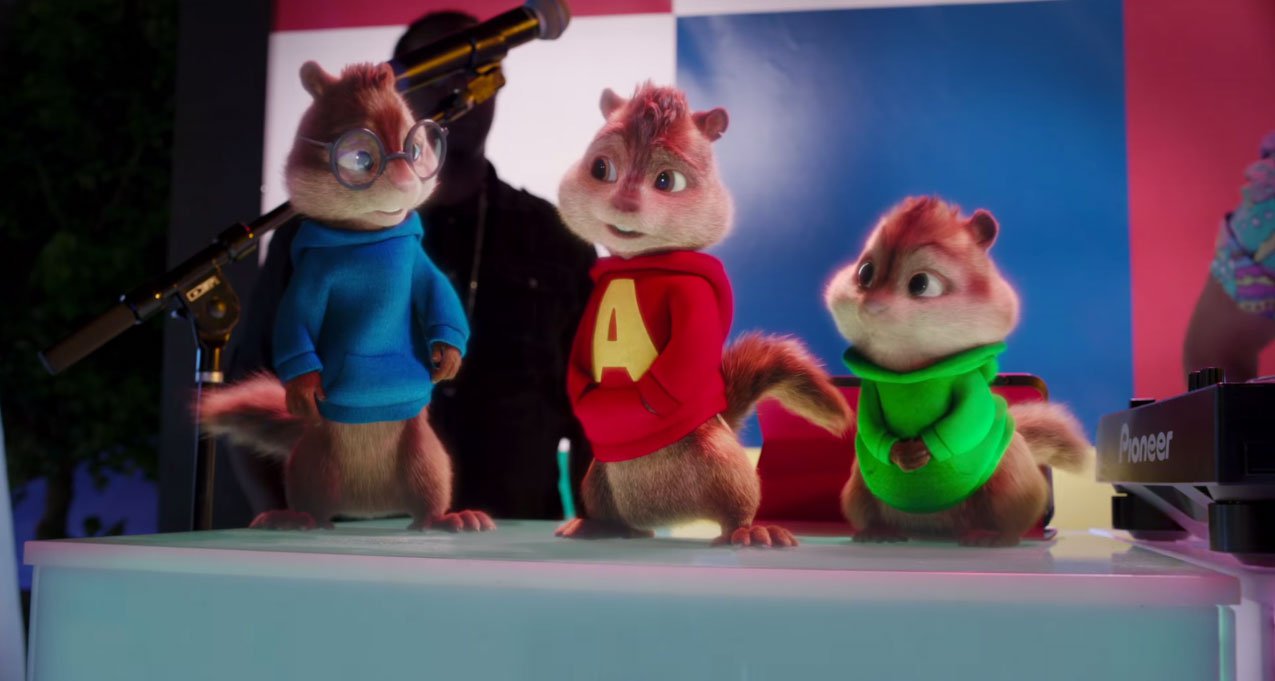 Here’s the story of a testy songsmith, who was bringing up three very rowdy boys. All of them were furry and short, unlike their guardian, and sang pop songs real high. Here’s the story, of a pretty lady, who was busy with one boy of her own. He was spiteful, and picked on others, and he was all alone.

Whatever Ross Bagdasarian’s original strato-falsetto creations may have had going for them in the golden age of the novelty single, their subversive potential tapped out a while ago. That may have actually been for the best when Bagdasarian’s son went back to the well in the ‘80s for a Saturday-morning series and a refreshingly earnest motion-picture outing. But we now live in a still-blossoming brave new world where no cultural artifact is left unexamined, where the most rational thing in the world is to pull back the curtain and reveal the incredibly slow-singing man behind it. (On shaky emotional ground? Cue up the 16 RPM “You Keep Me Hanging On.”)

In only that sense, there’s something roguishly counterculture about Fox’s servants of Seville. Alvin and the Chipmunks proudly align themselves not with Dr. Demento, but with Kidz Bop. There’s not a whiff of semiotics or parody in Alvin, Simon, and Theodore’s squeaky covers, and you try telling the row of post-toddlers dancing and clapping along to a New-Orleans-marching-band cover of “Uptown Funk” it should be any other way.

The Road Chip, the fourth film in the cycle, ups the ante by invoking that squarest of square TV archetypes: The Brady Bunch. Turns out, Dave Seville (Jason Lee, who now seems to have so lost himself in the role that you actually feel like calling Kevin Smith to stage an intervention) isn’t altogether content to forever babysit the creatures whose careers he’s been managing, and getting thirstier by the day. A few dates in with Samantha (Kimberly Williams-Paisley), a blandly attractive ER doctor who’s constantly forgetting to stash her stethoscope after work, and Dave has invited her to take a trip to Miami with him for an album release party.

It’s a rude shock for Alvin, Simon, and Theodore, and less welcomed by Miles (Josh Green), Samantha’s tyrant son who seems hell-bent on disproving to the Chipmunks that it gets better. Collectively shuddering at the idea of their families merging, the boys take to the road to prevent an impending proposal.

The Road Chip settles into the safe, slow land quickly, introducing a cartoonish villain in Tony Hale’s vengeful air marshal and thereby uniting the ‘munks with Miles much sooner than any screenwriter would’ve recommended. But the far bigger problem is that, beyond the aforementioned and quite extended Mark Ronson-Bruno Mars swipe, the pocket-sized singing superstars aren’t given much of a forum to showcase their musical “gifts.” In fact, they’re portrayed as has-beens against the American Idol-recruited Chipettes’ rising stars. (And, no, they don’t really get to sing much either.) Maybe the filmmakers wanted to spare parents a headache, but they only replaced it with the threat of familial mental atrophy.