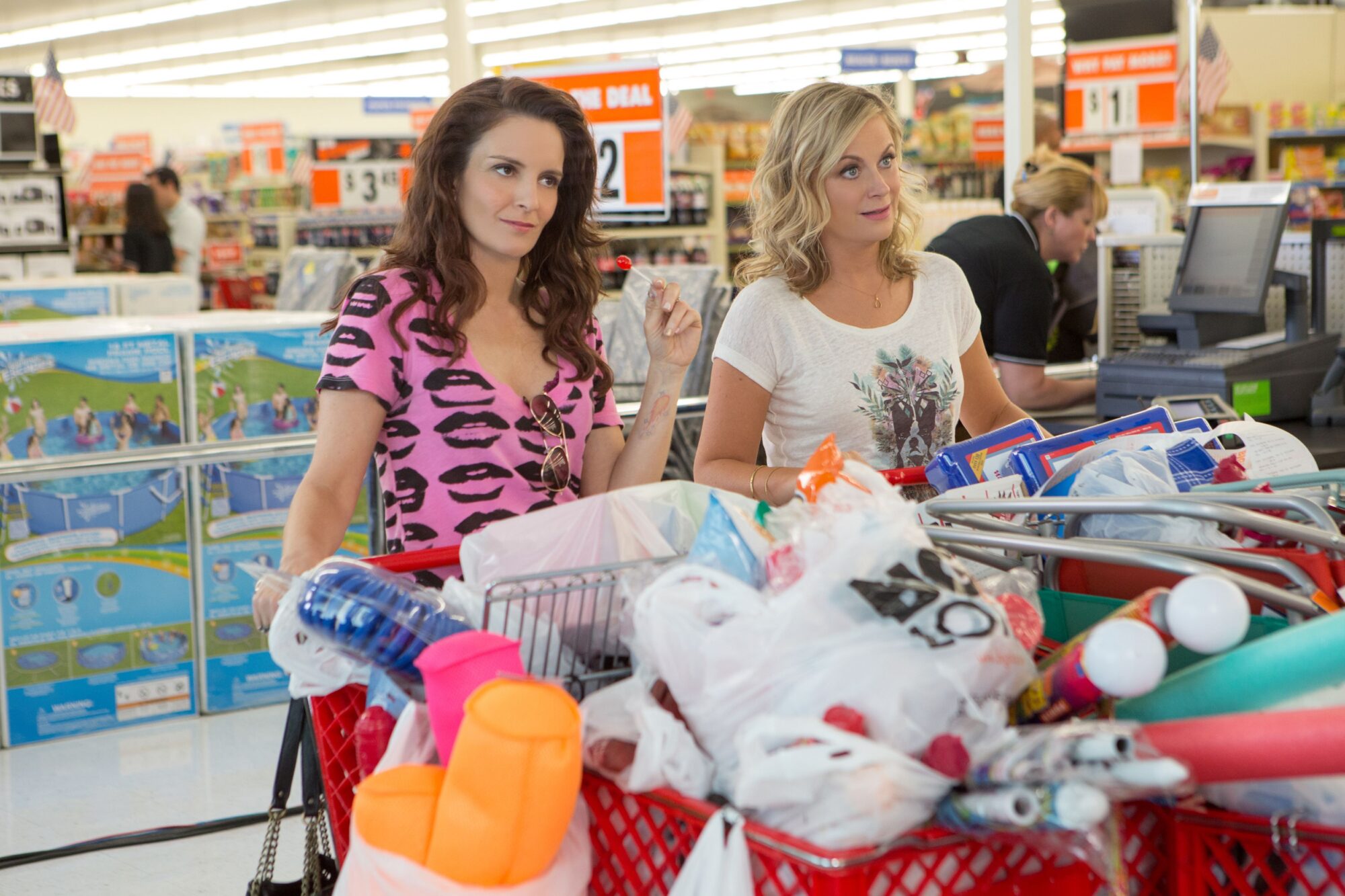 Judd Apatow may not have had a creative hand in Sisters, but with its many drawn-out improvisatory bits, focus on characters in states of arrested development, and mix of raunch and sweetness, Jason Moore’s film clearly bears his influence, for better and for worse. In an early scene, the filmmakers cleverly highlight the physical closeness the titular siblings—randy, foul-mouthed Kate (Tina Fey) and straitlaced, awkward Maura (Amy Poehler)—once shared by having them enter through two doorways into what’s soon to be revealed the same bedroom. It’s a rare moment of visual imagination in a film that generates most of its humor from sex and bathroom jokes.

The sisters reunite when Kate and Maura’s parents, Bucky and Deana (James Brolin and Dianne Wiest), decide to sell their family home in Florida. And as the siblings go through their childhood possessions, they find themselves so nostalgic about their high school years, when they were known for throwing large parties, that they opt to throw one final rager in a last-gasp attempt at reliving their younger days. At which point the film promisingly reveals itself as a coming-of-age tale rendered as a chaotic explosion of the id.

But as the film’s anarchic side comes fully to the fore, so, too, does a tired message about cleaning up one’s act. The house party becomes a grand canvas on which Kate and Maura, in addition to most of their former classmates, gleefully revert to their unfiltered adolescent selves. For Maura, the party represents an opportunity to make up for lost time, living it up in a way she never did in high school. Kate, meanwhile, promises to stay sober for Maura’s benefit, until her infinitely more mature daughter, Haley (Madison Davenport), finds out about her partying ways via Facebook, which leads her to break that promise in the wake of her ensuing guilt.

All of this builds to a literally destructive climax that doubles as a metaphorical putting away of childish things, complete with the felling of a precious childhood tree, the sinking of a backyard pool, and the spectacle of Wiest’s heretofore gentle Deana cursing up a storm in frustration. Fey and Poehler occasionally give poignant expression to their characters’ desperate grasping at their long-lost youth as a means of delaying adult responsibilities, but such nuances are suffocated by the film’s more ardent devotion to overextended improv bits and juvenile bawdiness, such as a music box getting lodged up the ass of Maura’s potential love interest, James (Ike Barinholtz). In the end, Sisters is basically a regurgitation of Apatowian formula, wherein ostensibly edgy humor hides a core of conservative moralizing.

Review: Alvin and the Chipmunks: The Road Chip