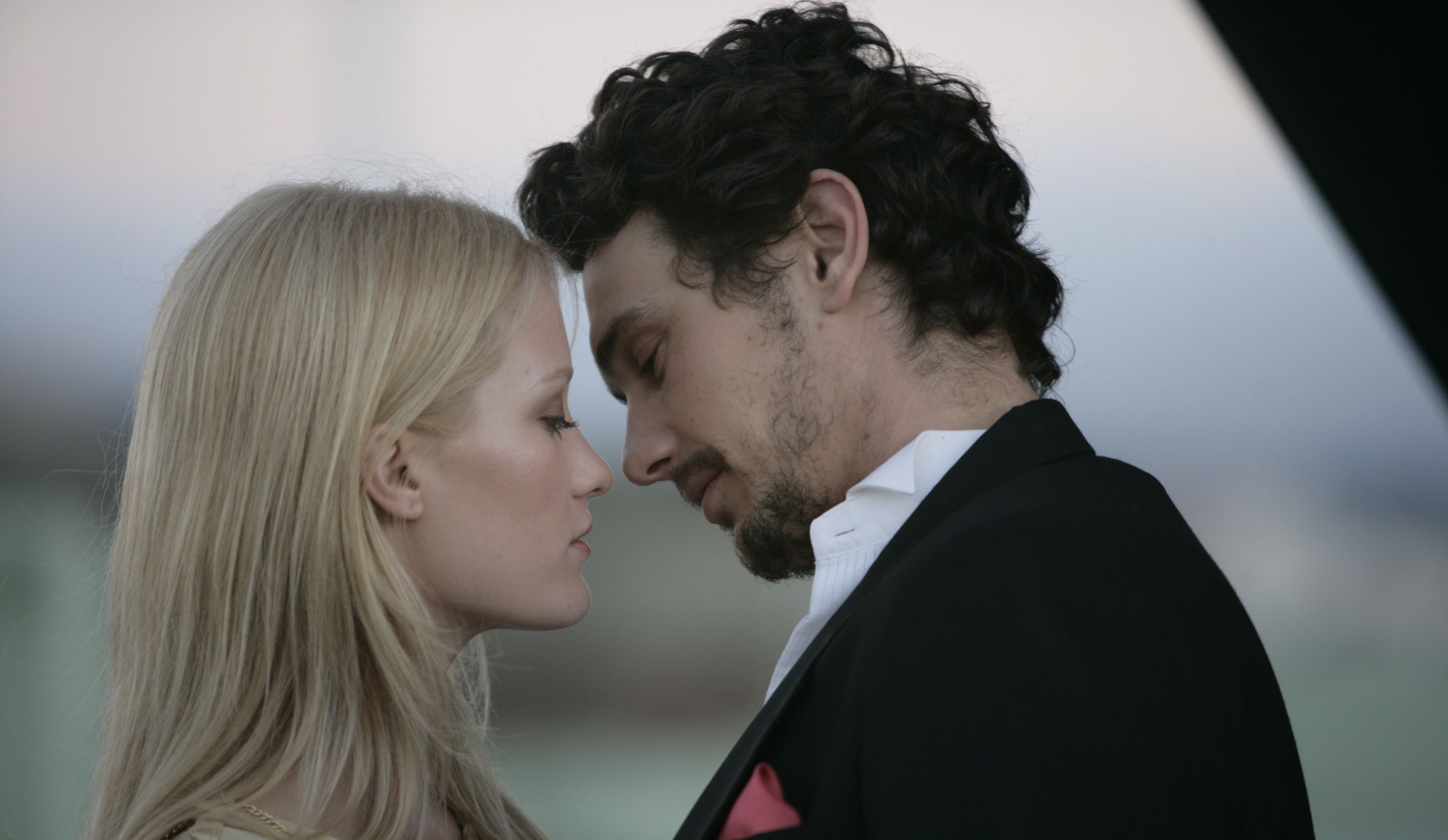 Though a far cry from Boogie Nights, the new porn-land drama About Cherry does share at least one stylistic attribute with Paul Thomas Anderson’s sad fantasia: Characters exchange howlingly limp platitudes, as though padding the running time of a real stag film. While Anderson’s brain-dead wordplay succeeded as an homage to classic skin flicks, however, the dullness of About Cherry’s script is entirely in the interest of expediency. Manipulation—the desire to control rather than to ravage—animates the film’s plot, but there’s too much plot to advance through at the pace psychological domination typically takes. And so to cut corners, the script treats the will of penurious, 19-year-old protagonist Angelina (Ashley Hinshaw) as though it were a piece of licorice for other characters to contort.

What motivates Angelina to ascend from high school student to nudie starlet within a single act isn’t economic necessity or post-traumatic Freudian impulse, but sheer suggestion. (Poor man’s manipulation.) “Do you want to wash other people’s laundry forever?” her sharkish but indolent boyfriend asks, seeking a fee for referring her to a naughty photographer. She acquiesces to this request after a pitiful and incoherent protest; from then on, the anemic inner life we glean from her often inane dialogue (“You love me…but not enough to jerk off to someone else?”) makes it impossible to criticize her reckless, desultory actions as “out of character.”

Throughout, the film suspiciously elides scenarios wherein Angelina might need to exert even a sliver of agency; director Stephen Elliot and co-writer/erstwhile adult actress Lorelei Lee are determined to make peer pressure their would-be antagonist while refraining from outwardly judging the sex industry. This strategy is dubious to begin with, as it ignores the clamoring demand for lascivious content that initiates the movie’s toxic relationships in the first place. But even more problematic is the fact that Angelina has chosen her peers, albeit in the movie’s unseen ellipses, while the story views her as a teen-boppy cipher who’s been led into their betrayal against her (non-)will. Her mother, her begrudgingly platonic roommate (Dev Patel), and her new, rich beau all inevitably prove unworthy of her trust by the silly denouement; the waves of parasitic lust that come at Angelina’s body and her success, however, meet with so little resistance from their prospective victim that the film freezes in anticlimax.