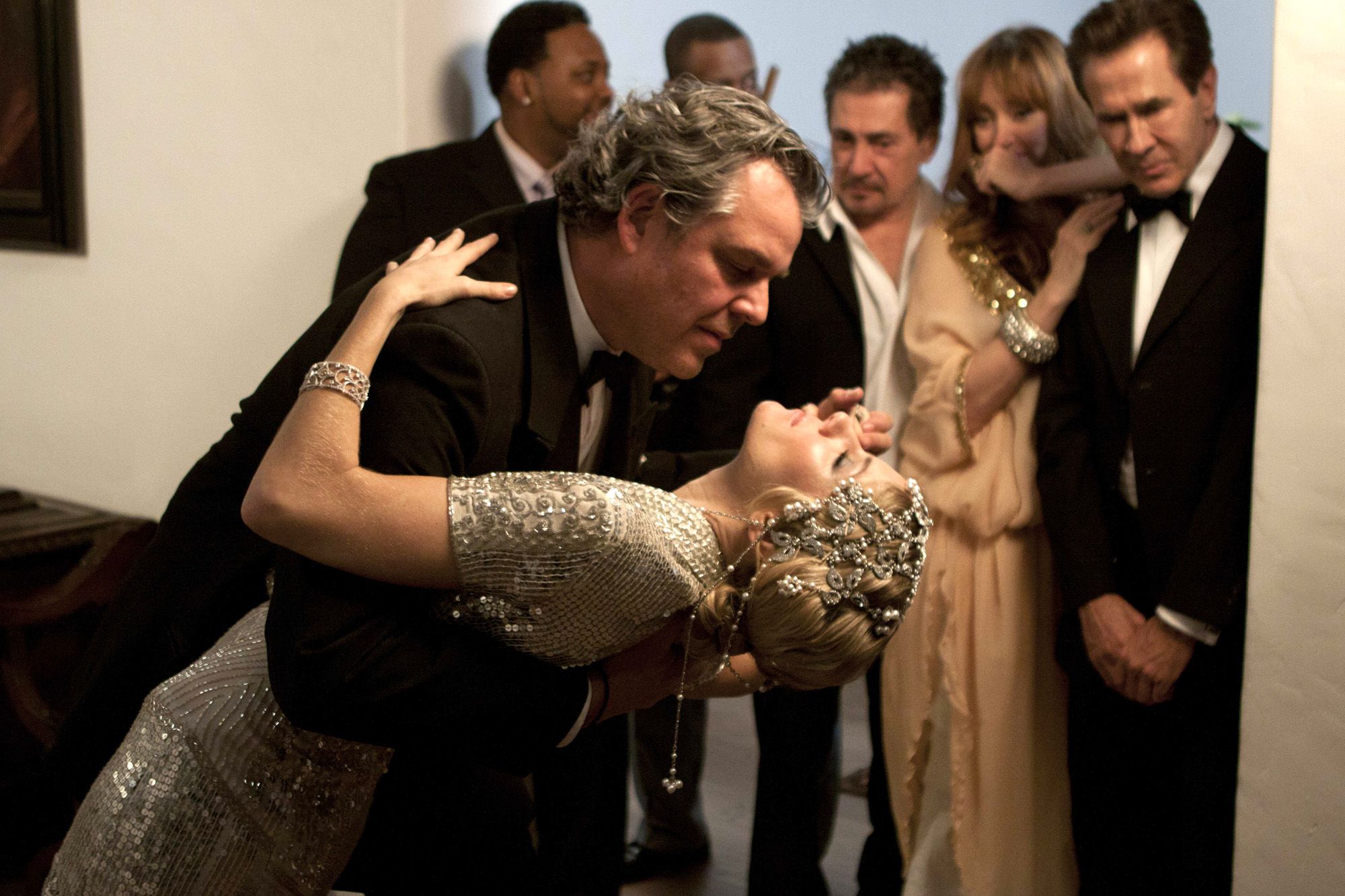 The embarrassingly low production value of Bernard Rose’s 2 Jacks works symbiotically with the film’s botched performances. It’s as if the actors, among them Danny Huston and Sienna Miller, forsook their job as professionals paid to play fictional roles and decided to imitate reality-television wannabes who’ve taken one too many drama classes. While their performances feel decidedly more amateurish than phoned-in, the blame should still fall on Rose, who not only directed the film, but adapted Leo Tolstoy’s Two Hussars into a gauche and lazy script.

Huston plays Jack Hussar, an old Hollywood director and lothario back in Tinseltown to settle a score with his untrustworthy ex-producer, Lorenzo (Richard Portnow). He goes to a few parties, courts a few girls all strangely dressed like 1920s starlets, has sex with one of them, Diana (Miller), then drunkenly takes off with her car, just barely avoiding a DUI because of his household name. He becomes keen on another young starlet at an afterparty, but abandons her and their friends in order to finally get the upper hand with Lorenzo, whom he beats at a poker match with tacky, unbelievable bravado. Since the viewer is apparently incapable of putting together the idea that Hussar represents the old American ideal of rough-and-tumble masculinity, Hussar’s identity as a “man’s man” is woven repeatedly into the exposition, as if his thick, gruff voice, lecherous attitude, and penchant for whiskey and poker aren’t enough.

Yet for all the talk, there’s very little walk: Within minutes of the film’s opening, Hussar, who’s arrived in Los Angeles with nary a real plan or seemingly the brains to think of one, has bumped into a fanboy, Brad (Dave Pressler), who eagerly pays for his cab ride and a previous hotel bill of $2,700. Their dialogue is painfully awkward, as if Rose used the first take for every shot after instructing his actors to use the script and improvise where necessary (most of the adlibs are simply repeated lines of dialogue). Brad, a gushing, if delusional, pushover, believes he’s now Hussar’s new producer, when in reality Jack just needs a place to stay. Even though Brad is posited as the most useless of nebbishes, he still has industry connections, taking Hussar from one party to another where movie execs and beautiful women shower Hussar with praise—and ignore Brad. While it’s easy to see why people would want to kiss a famous director’s ass, the contradictory context provided about Hussar’s image and personality as an outwardly impulsive and selfish prick makes everyone’s glowing reactions to him completely improbable.

As if punishing the viewer with one Jack Hussar weren’t enough, the film fast-forwards to the present where the ambitious and equally libertine Jack Junior arrives in L.A. from England. Ready to start his own directing career, Jack doesn’t have the same luck as his old man, though their adventures are superficially mirrored. Junior meets and courts Diana’s daughter, Lily (Rosie Fellner), has a nerdy, nervous sidekick named Paul (Guy Burnet), plays a card game against Lorenzo, becomes enchanted by a sexy woman’s dancing, and gets pulled over for a DUI. Due to the bad publicity of his arrest, he’s fired from his directing job. With this barebones, before-and-after narrative setup, 2 Jacks makes it painfully obvious that it’s trying to tell us a story about the outdated hyper-masculine bombast of old Hollywood. It fails to sell that point by turning Hussar into a complete caricature of a man’s man. Indeed, the closest Huston gets to believably impersonating Old Man Hollywood is by inadvertently imitating Jack Nicholson’s seedy grimace, but that’s only coincidental and mostly due to their similar facial features. The necessity of adding a 30-minute epilogue to drill the point home is questionable, but then again, so is the existence of the film.