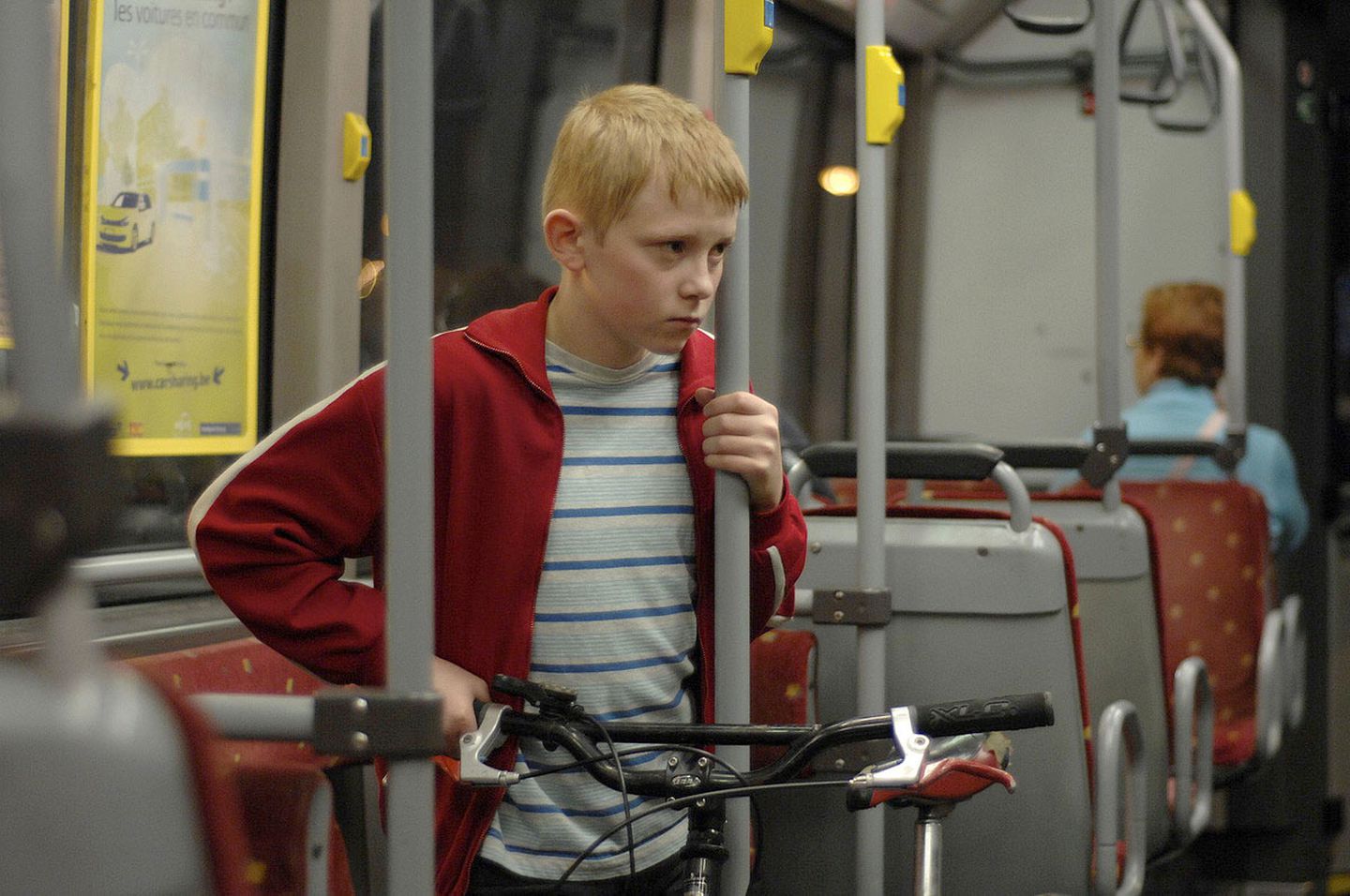 Pedaling its way into theaters this weekend (and surely a lot of hearts too) is the Dardenne brothers’ beautiful and poetic The Kid with a Bike, whose red-shirted, redemption-bound lead, Thomas Doret, should be penciled onto your shortlist of Best Actors for 2012. They may not be as common as the boy-and-his-dog tale, but stories about kids and their bikes have long been hitting screens (as evidenced herein, the 1980s, in particular, had a bike-film free-for-all). So before you check out this new can’t-miss slice of cycling cinema, dig into our list, likely the only one to put Nicole Kidman in the company of Lori Loughlin. 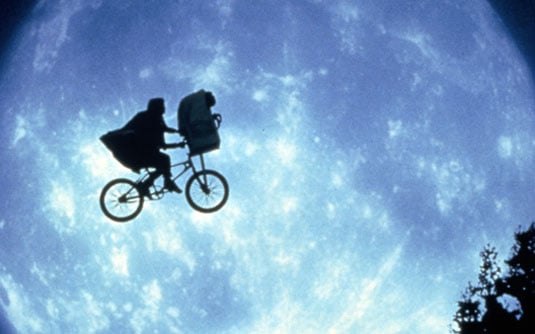 It’s only one of the most iconic images in American film: Elliot (Henry Thomas) sailing across the moon on his bike, with little E.T. tucked into a crate strapped to the handlebars. This forest flight has been dubbed by some as cinema’s most magical moment, and Spielberg famously went on to incorporate the shot into his Amblin Entertainment logo. It’s bike riding immortalized, alright. Feel free to grab your Reese’s Pieces before clicking on. 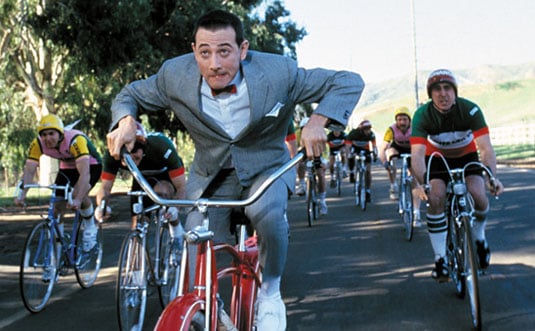 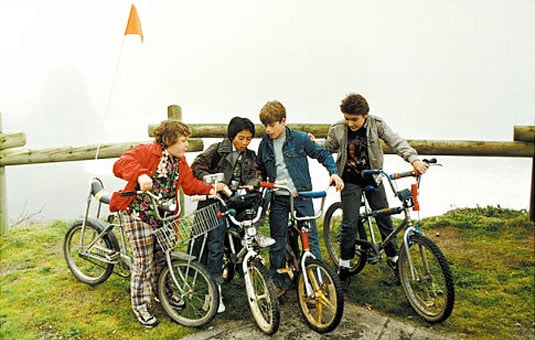 Sean Astin and friends in The Goonies (1985)

Determined to find One-Eyed Willie’s treasure and save their precious Goon-Dock homes, Mikey (Sean Astin) and his fellow Goonies have to first tie up big bro Brand (Josh Brolin) in his exercise equipment so they can high-tail it on their bikes. Forced to chase them, all Brand is left with is a tiny girl’s bike. Cue Cyndi Lauper! 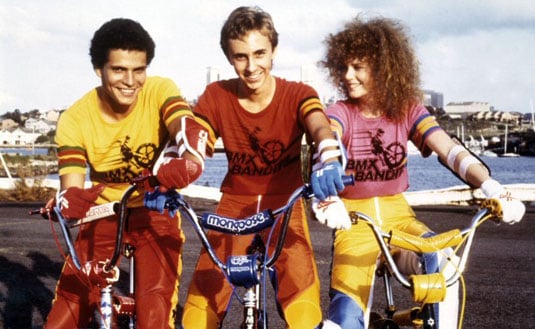 An Aussie kids’ film that proved ‘80s bike hysteria had spread ‘round the globe, BMX Bandits features a trio of bike-riding kids who draw attention from police and a pack of thieves when they still the thieves’ walkie-talkies and thwart a planned robbery. Nicole Kidman was all of 16 when the film hit screens in Sydney, her Oscar-winning, Tom-Cruise-divorcing, country-singer-canoodling current self a mere twinkle in her eye. 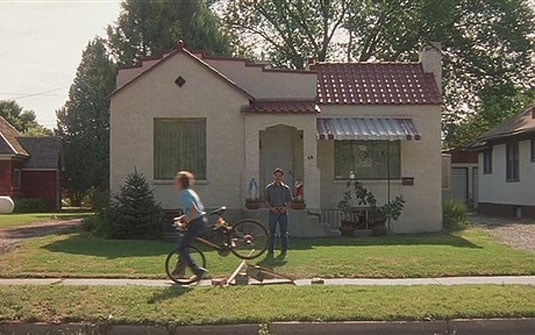 An empty high point in the world of modern indie quirk, Napoleon Dynamite scored a lot of uncomfortable laughs with its near-insufferable hero’s random acts of amusement, like his and Pedro’s pathetic attempt to ride a bike off of some “sweet jumps.” No need to kick him in the nuts, he’s got that covered himself.

SXSW 2012: Under African Skies and Last Call at the Oasis

SXSW 2012: Lena Dunham’s Girls and Mike Birbiglia’s Sleepwalk with Me