The Odessa International Film Festival feels very much on the rise, both as an international industry shindig and a well-funded driver for cultural tourism. Free open-air screenings on the Potemkin Stairs ensured a broad public audience; festival branding adorned buildings all over the gently chaotic city center; a modest film market attracted buyers and sales agents from across Europe; and this year’s guests of honor included Mike Leigh, Catherine Denueve, and Rose McGowan. And yet, in the absence of any significant world premieres, the midsummer event seems to serve largely as a chance for local cinephiles to catch up with highlights from more venerable recent European festivals.

I was particularly struck by three titles, relatively fresh from the Cannes Film Festival, each of which takes a distinctive approach to depicting a family unit under duress. The 10th edition of Odessa IFF opened with Nicolas Bedos’s La Belle Epoque, a crowd-pleasing comedy about a stale long-term relationship and the cultural impact of the digital revolution. Daniel Auteuil stars as Victor, an aging bourgeois Parisian who sees himself as a victim of technological advances: The slow death of print media has put an end to his lucrative job as a newspaper cartoonist, while his wife, Marianne (Fanny Ardant), has taken to donning a VR headset at bedtime to distract herself from the monotony of their passionless marriage.

Victor, however, is offered a shot at regaining his joie de vivre by his son’s friend, Antoine (Guillaume Canet), a screenwriter who’s amassed a fortune devising personalized interactive theater productions that allow wealthy clients to live out their historical fantasies—think Westworld staffed by temperamental actors rather than malevolent robots. For reasons that aren’t immediately apparent to the audience, Antoine owes Victor a debt of gratitude, and so offers the older man his first “experience” on the house. A sentimental soul at heart, Victor elects to relive the day he first met Marianne in a bohemian Lyon bar in 1974. Perhaps inevitably, he swiftly falls for Margot (Doria Tillier), the actress hired to play the young Marianne, who also happens to be Antoine’s on-and-off-again girlfriend.

La Belle Epoque sustains a compellingly off-kilter tone, bouncing viewers disorientingly between the real world and Antoine’s elaborate soundstages. One sequence, in which Victor and Margot escape the set of a weed-fueled ’70s house party and find themselves in a painstaking reconstruction of Nazi Germany, feels decidedly Charlie Kaufman-esque. And yet the film never fully succumbs to whimsy, as Victor’s nostalgia trip ultimately proves deeply poignant, while the depiction of Antoine and Margot’s dysfunctional relationship introduces a darker view of romance. And while the gags and social commentary are often a little broad, Bedos admirably refuses to hold the viewer’s hand as the intricate plot unfolds, paving the way for several immensely satisfying moments as the puzzle pieces finally slot together.

Ken Loach’s bruising 2016 drama I, Daniel Blake, which won the Palme d’Or at Cannes, tapped into mounting Brexit anxiety and anti-Tory sentiment to become both the director’s highest-grossing film in the U.K. to date and the subject of heated parliamentary debate over its damning portrayal of Britain’s broken welfare system. Sorry We Missed You sees the octogenarian filmmaker reteam with screenwriter Paul Laverty to deliver another timely, compassionate account of working-class life in North East England.

This time around, the focus is on a nuclear family suffering immensely as a consequence of the gig economy. Former builder Ricky (Kris Hitchen) has struggled to maintain a steady income since the financial crisis of 2007-2008, and thus jumps hastily at the chance to sign a zero-hour contract as a delivery driver. What seems like a valuable opportunity to quickly accumulate cash soon begins to resemble a Kafkaesque nightmare, with humorless traffic wardens, obstinate customers, opportunistic thieves and a thuggish depot manager (Ross Brewster) conspiring to make Ricky’s work life borderline unbearable.

Things aren’t much better for his wife, Abbie (Debbie Honeywood), a benevolent contract nurse with neither the time nor the resources to adequately care for her elderly patients. Adding insult to injury, the couple’s taciturn teenage son, Seb (Rhys Stone), seems intent on punishing Ricky for his failings. And to cap it all off, Seb’s sensitive younger sister, Liza Jane (Katie Proctor), has started wetting the bed in response to this domestic disharmony.

In some regards, Sorry We Missed You is an even angrier, more urgent film than I, Daniel Blake. Scenes depicting Ricky’s delivery runs are mini master classes in stomach-churning tension, which hammer home the appalling precariousness of his existence. However, Loach offsets the mounting misery with moments of warmth. A sequence in which the family resolve to make the most of a rare evening together is particularly moving, and serves to make the bitter feuds that inevitably follow all the more heart-wrenching.

By and large, Sorry We Missed You is a little rough around the edges, as some of Ricky’s interactions with customers feel stilted and contrived, while Rhys Stone struggles to convey a convincing sense of Seb’s inner life. And yet, as a tirade against modern Britain’s obscene social inequality, Loach’s latest is undeniably propulsive and persuasive.

Shahrbanoo Sadat’s warmly received 2016 debut Wolf and Sheep tells a mildly fantastical tale of childhood in 1980s rural Afghanistan, centered partly around a boy named Quodrat (Qodratollah Qadiri). The Orphanage continues Quodrat’s story, catching up with him as a teenage orphan living on the streets of Kabul. After he’s caught by police selling cinema tickets on the black market, he’s sent to a Soviet-funded orphanage where bullying is widespread. The boy swiftly learns that he’ll need to form strong allegiances in order to keep his head above water, and thus he sets about building his own family unit.

For a large stretch, this is an enjoyable, if generic, coming-of-age drama, heightened chiefly by the novelty of its setting; Afghanistan’s brief period as a secular Soviet ally is a fascinating, oft-overlooked footnote in the country’s turbulent modern history. But the film really comes to life thanks to a smattering of charmingly shambolic Bollywood-style musical numbers, employed to offer insight into the withdrawn Quodrat’s desires and fears. Those paying close attention to the timeline may be anxious to learn what role the mujahideen, the Islamist guerilla groups committed to ending the Democratic Republic, might have to play in the narrative. Sadat’s bold decision to answer this question with a bombastic musical-action set piece pays off handsomely, bringing The Orphanage to an achingly bittersweet conclusion.

Review: Paris Calligrammes Is a Heady Celebration of a City As Memory Palace 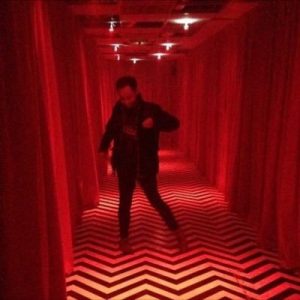 Paul O'Callaghan is a Berlin-based writer whose work has appeared in Exberliner, BFI, Sight & Sound, Sleek, and other publications.

Review: The Miracle of the Little Prince Is a Clarion Call for Saving Languages