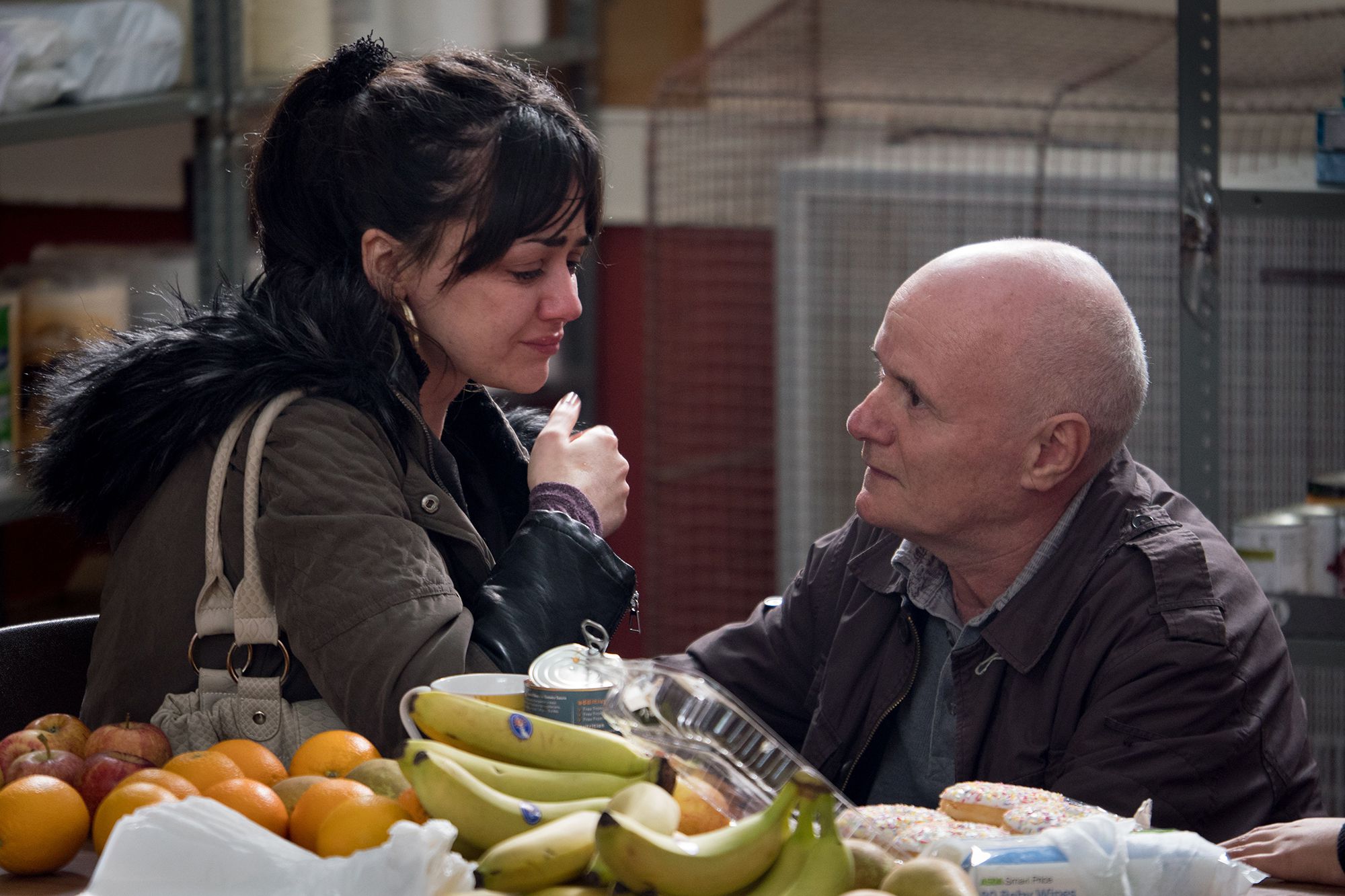 Ken Loach’s Jimmy’s Hall, the story of Irish communist leader James Gralton, was rumored to be the socialist-leaning filmmaker’s swan song. But the following year, Loach watched as the Conservative Party took power and the lifelong Labour supporter went back to work. It should surprise no one, then, that the Palm d’Or-winning I, Daniel Blake, which heralds Loach’s return from the briefest of retirements, is a staunch antagonism of bureaucratic institutions that prevent blue-collar Brits from earning the livable wages they deserve. But it should also come as not much of a surprise, sadly, that the filmmaker’s latest is pockmarked by a lot of the same conservative dramatic conventions and broad political emotional gestures that have marred much of his work over the years, but particularly his recent output.

I, Daniel Blake is another collaboration between Loach and screenwriter Paul Laverty, the Glasgowian law student who effectively took over writing for Loach from former miner and socialist playwright Jim Allen in the mid-1990s. The partnership has had a great effect on Loach’s recognition: After spending over a decade, much of it during the Margaret Thatcher years, trying and failing to get projects made, it was Laverty-scripted films like 1998’s My Name Is Joe and 2002’s Sweet Sixteen that helped Loach find an audience again.

But at the same time, the core of social realism in Loach’s work, especially over the last decade, has gradually been chipped away, making room for more commercially viable decisions (for instance, the casting of professional footballer Eric Cantona, as himself, in 2009’s Looking for Eric). Likewise, I, Daniel Blake may be “controversial” to a certain swath of the British populace, but it’s still a big slab of red meat for its intended audience. Throughout, Loach lets his screenplay lapse into lazy speechifying and characterizes most of the government workers his hero is up against as not only part of an inept, unfair system, but each individually intent on perpetuating it.

English stand-up comedian Dave Johns brings the sort of spontaneous energy to his eponymous character that’s consistently made Loach’s films worth keeping up with; few filmmakers are as good at workshopping a character, essentially just preferring actors to play themselves, and convincingly so, in a fictional setting. Johns’s natural comic timing provides the kind of commercial benefit (some levity in a film that might otherwise amount to an endless barrage of paperwork, computer forms, and phone calls) that doesn’t betray realism, in part because Johns hasn’t much experience as a professional actor, and his riffing comes off as entirely organic.

A better film might have limited its focus to its main character, a man fighting the welfare board after a heart attack and a doctor’s recommendation that prevents him from working. But Loach and Laverty expand their story out to encompass another victim of the system. Blake overhears Kattie (Hayley Squires), a single mother of two, have her own welfare claim cruelly rejected (by a positively malicious agent, who later ruthlessly mocks Blake for his technological illiteracy), and decides to take time off from searching for jobs he can’t legally work to help her out around the house, pro bono.

Throughout, Kattie endures multiple embarrassments, some (like the sudden decision to take up work as a call girl) considerably less convincing than others. But Squires has one great scene, set at a food bank, in which the actress and Loach stage a genuinely and disarmingly surprising moment, one that briefly turns Kattie into the film’s most galvanizing character. But more often than not, she’s made subordinate to Blake; it’s his intervention that starts to set her life straight, and the last scene of the film leaves her story sidelined to the point that she’s only present so as to speak on his behalf.

Meanwhile, Blake’s storyline also veers from its emotionally grounded setup, and into grandstanding displays like the Michael Moore-worthy stunt from which the film takes its title. Both principal actors have a strong enough sense of their characters, even as they’re pulled into increasingly harrowing places, to make the film a more successful one than Loach’s last few, but it’s still schematic and predictable, and it aggressively stacks the deck against Blake and Kattie in a way that makes it more effective as social activism, and less so as drama. The Loach of two or three decades ago, who made intimate, naturalistic films about the working class, like 1969’s Kes and 1994’s Ladybird Ladybird, is distinctly different from the Loach of today—and the soapbox-prone I, Daniel Blake reaffirms how unlikely it is for that to change.