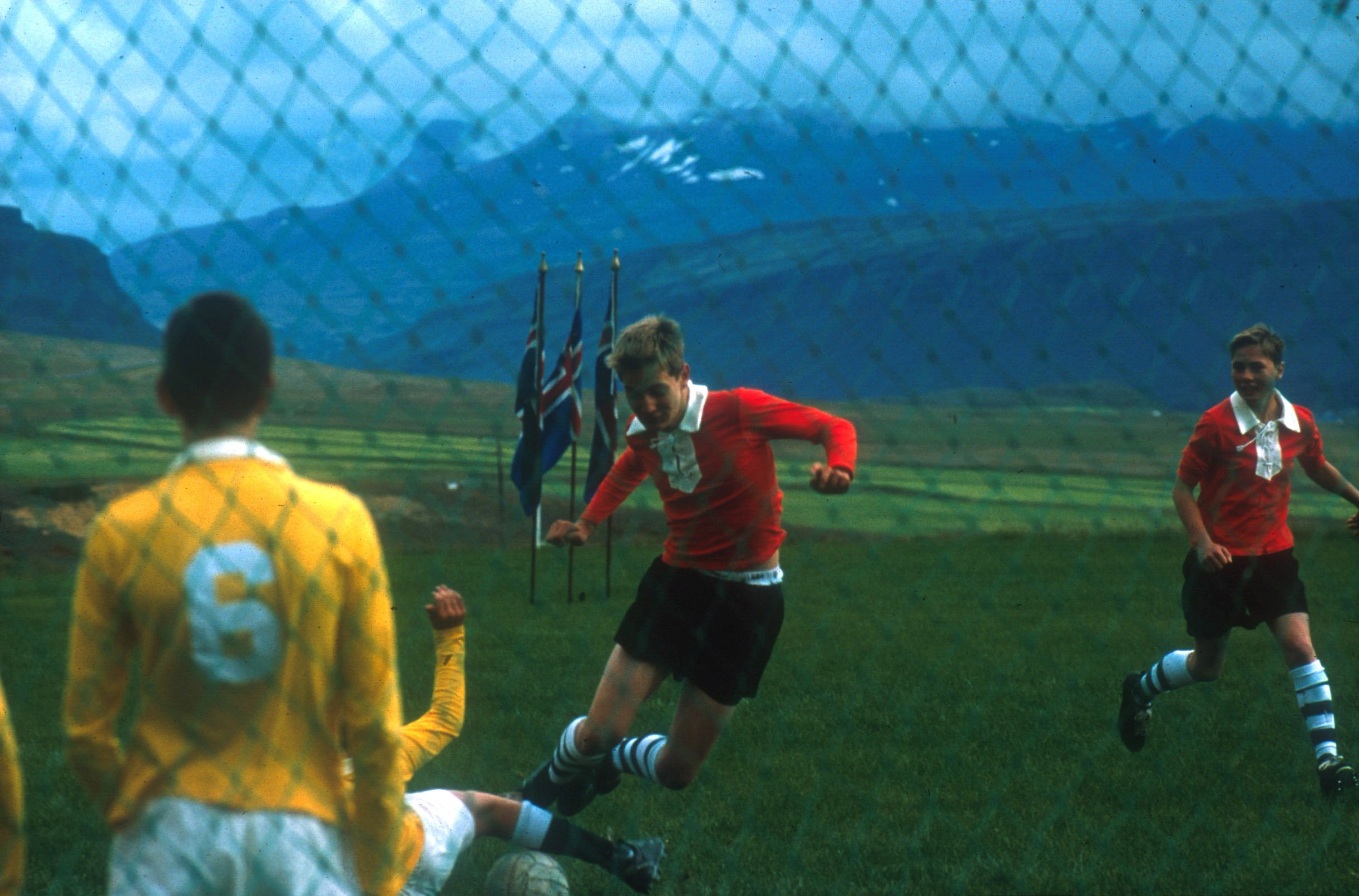 No one needs to tell you the sea change in the realm of music videos and how we all consume them in the 21st century. The state of the music video post-YouTube is something like a paradox. The medium itself now operates, by and large, within a frame the size of an index card, a limitation that has tended to take the wind out of the sails of larger-than-life ‘90s stylistic touchstones as Hype Williams and his embiggening fish eye lens. At the same time, the audience for music videos has arguably never been larger or more socio-economically diverse. No longer an arty, niche marketing tool consigned to the few channels available to those who subscribed to cable (channels that had, incidentally, long ago abandoned their playlists in favor of proto-reality TV), the world of music videos is now an infinite, democratic panacea.

That’s for the better and, as anyone who has dared read viewer comment threads, the worse. Standing out from the pack has perhaps never been tougher and, even now, great videos run the risk of being overshadowed by an imitator, fan vid, or even a simple, Chris Crockerian webcam rant. If the focus has shifted from the stimulus to the response (try talking about the hotness of Beyoncé’s “Single Ladies” with anyone, and just see if it doesn’t take the other person about three seconds to shift the conversation over to Justin “We’re the dancers” Timberlake), well, at least kit and caboodle are now instantly contextualized in a virally encyclopedic forum (and thus we have Beyoncé’s bumps and grinds immediately compared and contrasted with the choreography of Bob Fosse).

Many of the best videos of the last decade were reflections of that hyperawareness. Others skipped rope with Ted Stevens’s “series of tubes,” willingly acquiescing to the brave new world of call-and-response, self-reflectivity, and view-count canonization. And yet a few other soldiers of the analogue brigade, led by the Man in Black, stood bravely out of time, pondering the ephemerality and mortality of it all. The great thing about the 2000s is that they’re all here, and they’re all a mouse click away. Eric Henderson

A love letter from Björk and Spike Jonze to the cat ladies of the world, “Triumph of the Heart” is more than just an uproarious collection of sight gags. Making a beeline to a local bar after a fight with her significant other, Björk leaves her sanctuary in a drunken stupor, literally exploding in amorous feelings before her feline hubby picks her up in their car. Letting off steam has never felt so touchingly conveyed as it does in this quirky and unexpectedly poetic rumination on the nature of affection and dependency. Ed Gonzalez

This sweet man-versus-machine clip by vets Dom and Nick suggests a remake of The Host by Mike Leigh or Laurent Cantet, beginning unbelievably and misleadingly with a working-class bloke watching gyrating female hips off storefront tellies before one of the sweaty Jane Fondites tells him to bugger off, her face freakishly distorted. As in the Chemical Brothers’s “Star Guitar” video, image is beautifully rhymed to sound, except in this infinitely more terrifying vision, the beats are antagonistic—almost as if they are equally to blame for its main character’s descent into madness as the dehumanizing drudgery of his workplace. EG

M.I.A.’s D.I.Y. ditty “Galang” may not soar to the same stratospherically blissed-out heights as MGMT’s “Time to Pretend” clip, which just missed this decade roundup, but is similarly notable for its convergence of an artist’s grandiose political preoccupations with their playfulness of spirit. Against a backdrop of graffitied third-world signifiers—tigers, cellphones, palm trees, tanks, bombs—that awesomely pulsate along to the song’s beats, M.I.A. simply, and coyly, performs a silly little-girl dance, setting up what would become her multimedia M.O. for years to come. EG

This haunting hand-drawn triumph by Walter Robot, which perfectly—if a tad too literally—interprets Death Cab for Cutie’s lyrics, will remain relevant as long as there are forest fires. Full of strange and lovely poetic touches, as in the rain that falls like tears over a picture frame, the video captures a harrowing flashpoint in a boy’s coming of age, during which he watches families, romances, and love affairs torn apart by a horrible, unstoppable act of nature. Rather than scoff at life, accusing it of futility, the video beautifully and poignantly acknowledges the healing power and persistence of memory in the wake of tragedy. EG

Hard to believe anyone in this day and age can still be thrilled by the concept of synchronized sound and image, but Fionn Regan’s unplugged video coasts gently on this fundamental concept. By simply playing his song in myriad different settings and splicing the footage together, preserving the natural audio instead of syncing it up to a studio track, Regan’s video becomes a moving study on the acoustics of acoustic. EH

This video, like the girls it features, goes down easy. EH

“Island in the Sun” was cute before the cute-animals meme became noxious. It starts with a shot of bucolic hills that look startlingly like the island in director Spike Jonze’s own Where the Wild Things Are, where bears and monkeys frolic with the bandmates in naturalistic splendor. Paul Schrodt

Am I a fan of this song? Not particularly. But watching everyone else in this video take in Conor Oberst’s lilting, acoustic ballad on headphones (apparently for the first time) and observing the range of reactions (pensive, playful, indifferent, unborn, canine) makes be a believer anyway. Music does this. EH

The plot more or less amounts to a TV-PG wash of an episode of Law & Order: Perverts Unit, as Justin Timberlake breaks into his ex’s home, records video of himself and another woman in said ex’s bed, then stalks and leers at the ex as she takes a shower and looks like a dead ringer for Britney Spears. But simply having the means to stage a juvenile— if gorgeously lensed—revenge-prank fantasy isn’t a crime. Jonathan Keefe

Review: Editors, In This Light and on This Evening