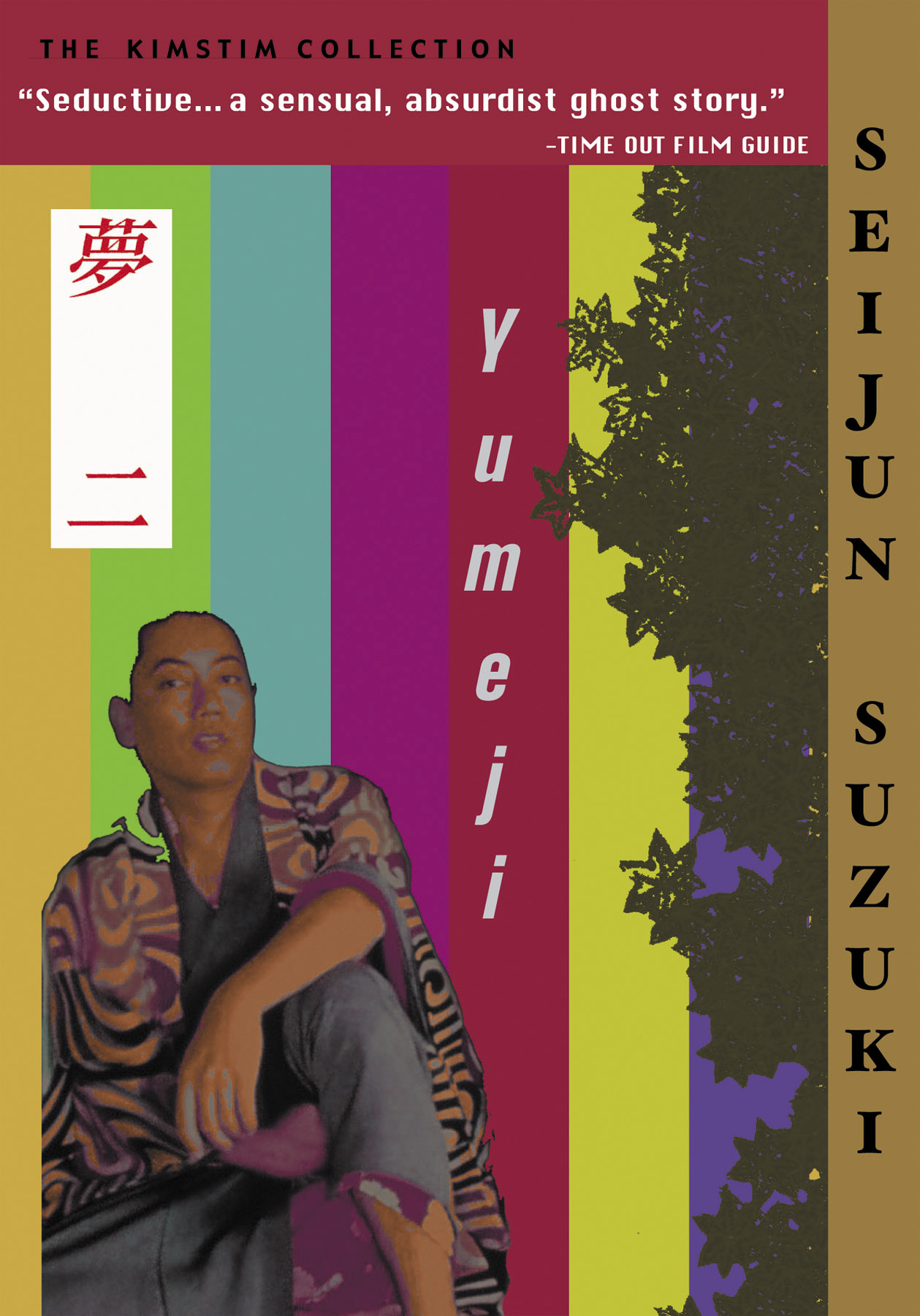 In Branded to Thrill: The Delirious Cinema of Seijun Suzuki, author Tony Rayns posits Yumeji, the Japanese maverick’s last entry in his Taisho Trilogy, as his version of Sternberg’s The Devil is a Woman, and, considering the film’s pervasively esoteric nature, it’s as good a guess as any. By the time the film was completed, the gonzo filmmaker had so thoroughly dispensed with narrative sanity and even basic filmic grammar that whether or not the subtitles are on becomes irrelevant. Mapping out the plot is, as in Zigeunerweisen and Kagero-za, a quicksand affair. Yumeji (Kenji Sawada), a real-life poet and painter in 1920s Japan, travels to his rendezvous with Hikono (Masumi Miyazaki), only to become interested in the widow Tomoyo (Tomoko Mariya). Tomoyo searches for her husband’s corpse, yet life and death shift like the camera’s angles within a scene in Suzuki’s world, and the supposedly dead hubby (Yoshio Harada) soon joins the other characters in a balloon-filled soiree. Yumeji’s role as an artist is particularly telling, a man in the business of reproducing beauty yet incapable of controlling the swirl of reality, dream, and fantasy around him. By contrast, Suzuki has total control over his reverie of suicidal lovers, killers with scythes, top hats, and pistols, every non sequitur kept in check by the director’s autumnal calm: Yumeji is met with multiple projections of himself while props are set up and then taken down by visible crew members, and the strained weirdness of the scene is almost purified by Suzuki’s single-take staging, shot through with some of Buñuel’s clarity. Despite the palpable feel for textures and sensuality, however, Suzuki’s Dada riddle evaporates next to the films of Buñuel, Lynch, or Raúl Ruiz, and Yumeji ultimately emerges as less an expression of a worldview than of a restless prankster still delighting in pulling the rug from beneath his audience’s feet.

Many of the colors, particularly the strategically placed reds, feel drained, though the widescreen transfer retains some of the detail missing in the other chapters of the trilogy. The sound is flat but clear.

As spare as in the previous films. A Suzuki bio and filmography, the original trailer, press art, and the essay “Suzuki’s Taisho Triumph” by Rachel DiNitto.

If you made it this far, you’re a real Suzuki fan. Either congratulations or a straitjacket is in order.