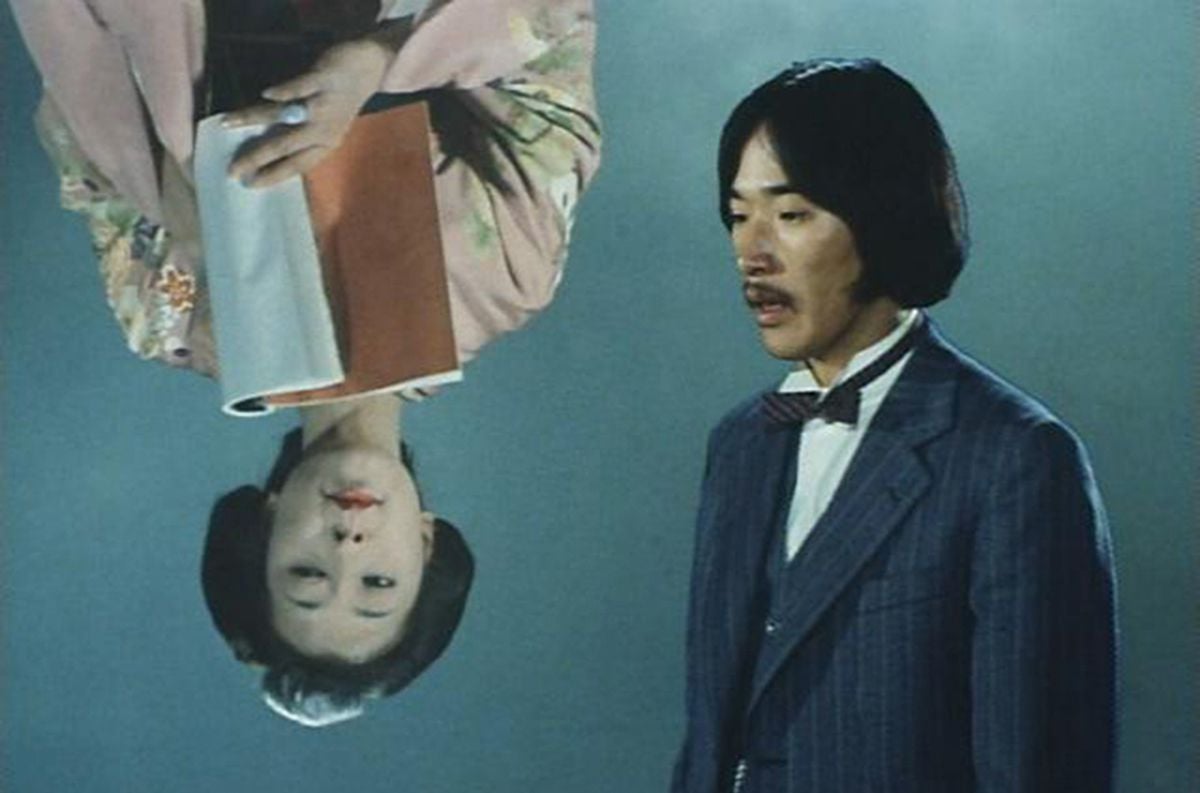 The alternate title of Kagero-za is Heat-Haze Theater, which perfectly illustrates the ineffable sensuality and perverse randomness of Seijun Suzuki’s late-period arabesque. The middle entry in the director’s Taisho Trilogy, the wantonly eccentric narrative is set in 1926 Tokyo, though, given Suzuki’s contempt for coherence, it might as well take place in another planet. Playwright Matsuzaki (Yusaku Matsuda) has a series of encounters with Shinako (Michiyo Ookusu), a strange woman who materializes one day on her way to the hospital, and who may or may not be the late wife of Tamawaki (Katsuo Nakamura), Matsuzaki’s shotgun-toting patron. Just as the plot seems to be solidifying into a parody of Japanese ghost tragedies, however, Suzuki tosses in Eriko Kusuda as Tamawaki’s wife, a geisha who resembles Shinako except for her habit of turning blond and blue-eyed with the moonlight. Suzuki whips nutty yet genuine eroticism around an exposed ankle or soaking-wet hair, but it is the countless, casually inexplicable details—characters dropped into deadpan tableaux via jump cuts, boldly gratuitous changes of angle, raucous Jazz Age parties, and crushed bladder cherries—that assure us that the movie will be impossible to predict from shot to shot, let alone from scene to scene. Willfully obscure as it might be, Kagero-za nevertheless sheds considerable light on the arc of Suzuki’s career: Where the filmmaker’s more famous ‘60s yakuza thrillers, made under studio contract, charge regular situations with a surplus of masculinity toppling over into hysteria, the Taisho films, shot with complete freedom, are oddly feminine, absurdist yet filmed with tranquil assurance. That such alleged assignments as Gate of Flesh or Story of a Prostitute remain in the end much more emotionally satisfying than the thoroughly personal Taisho Trilogy attests to the way an artist can often benefit from outside control, though there’s no denying Suzuki’s knack for ravishing disorientation even if you take one character’s description of “a too complicated game to enjoy” to apply for the film.

About What I Expected

Review: The Hills Have Eyes