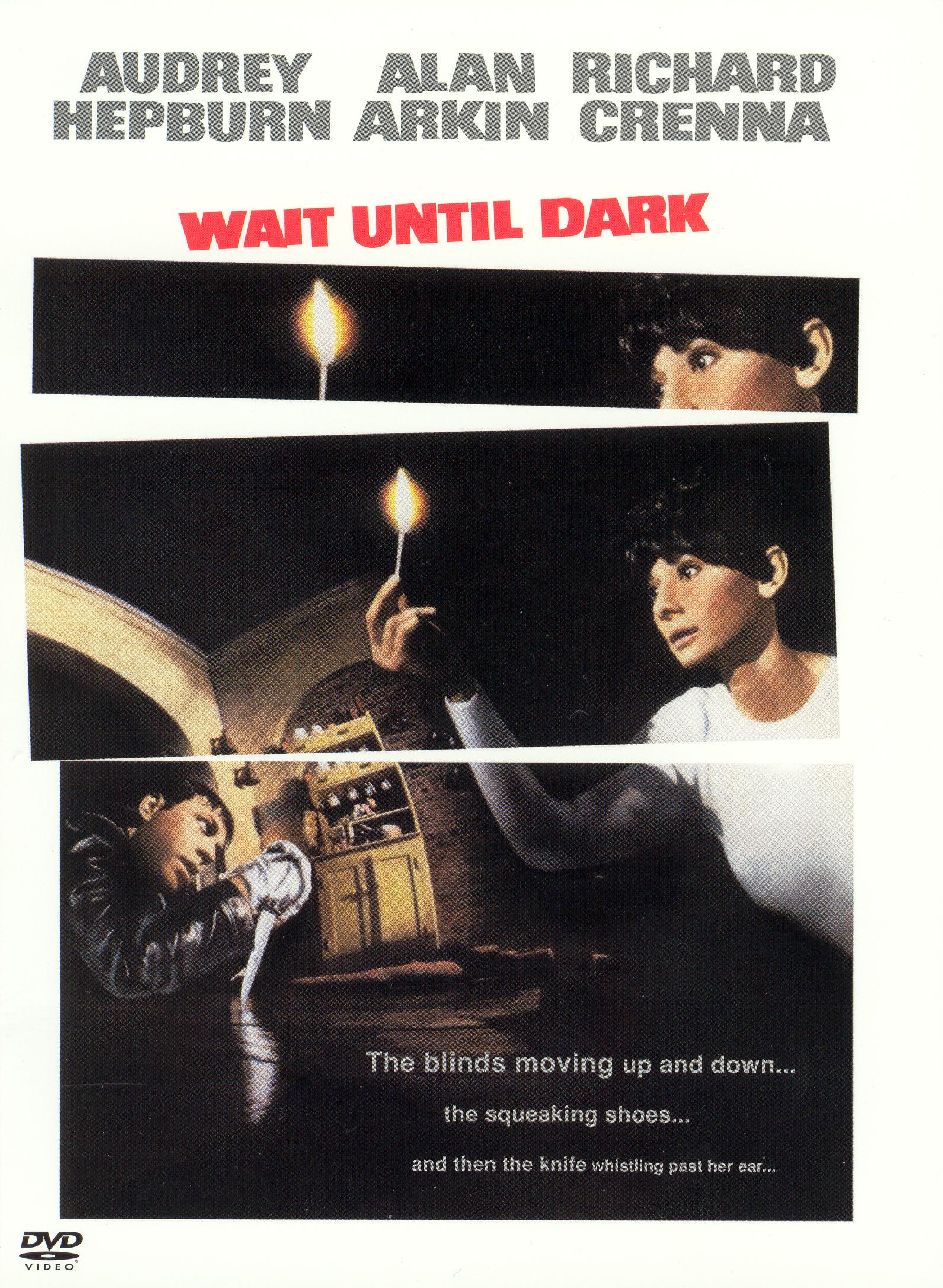 Frederick Knott’s Wait Until Dark, a gimmicky stage play about a blind woman terrorized by crooks, was brought to the screen in 1967 and was accompanied by an even more outlandish gimmick. When the lights go out at the end of the film, so did the lights in the movie theaters. As it turned out, the venue managers needn’t have been so zealous in unleashing such William Castle-esque tricks on their gleefully squealing audiences. Terence Young’s tense cinematic adaptation so ruthlessly tightens the screws of tension that one could be forgiven for not noticing an earthquake, much less dimmed house lights. Audrey Hepburn was awarded her fifth Oscar nomination for her portrayal of Suzy Hendrix, a recently blinded NYC housewife whose husband is determined to make “the world’s champion blind lady” out of her. It doesn’t take long for Suzy to get herself in trouble when a group of con men grease their way into her apartment in an elaborate plot to locate a doll stuffed with small bags of heroin. Two are merely petty thieves, but their employer Harry Roat (Alan Arkin) is a sinister monster.

Though some of the more contrived elements of Knott’s play are still intact here, Young’s presentation of Suzy’s cloistered surroundings trumps the script’s far-fetched tendencies. Like similar psychological thrillers ruminating on the theme of urban isolation and loneliness (namely The Tenant and The Seventh Victim), Wait Until Dark manages to create a paradoxical environment of civilization devoid of human life. The apartment building Suzy lives in is perpetually empty; Suzy’s husband, Sam (Efrem Zimbalist Jr.), leaves her on her own for most of the day, and the dorky young girl upstairs is apparently motherless most of the time. Also, Young makes the smart decision of setting his thriller inside a basement apartment, the cave-like arches of which have the unsettling effect of positioning Hepburn in a nondescript underground (the windows only look out on the feet of passersby, emphasizing Suzy’s disconnect from her neighborhood).

It also doesn’t help that her meticulously ordered apartment is systematically thrown into disarray as the film goes on, causing her to increasingly bump into furniture and lose her balance. Once Suzy starts to catch on to the elaborate ruse and is caught calling the police by the con men, she concocts stories about children prank-calling her to say cruel things. (One gets the sense that she’s culling these deceptions from real-life past experiences.) Young’s remarkable ability to create a believable oppressive locality in Wait Until Dark obscures plot holes and irrationalities right up to the film’s extended final showdown. By the time Suzy realizes she’s completely and hopelessly alone in her apartment (she’s sent the dorky Lisa off on a futile mission to locate Sam at Asbury Park), the cumulative effect of Hepburn’s palpable desolation and Arkin’s ruthlessness (combined with Henry Mancini’s overpoweringly harrowing score) bring the film to a justly celebrated climactic bacchanalia, complete with one of suspense cinema’s first and most effective shock leaps. Watch it with someone who likes to scream.

Though it’s still the same-old mono mix from previous video versions, this Wait Until Dark DVD edition sounds clearer than ever, which is a benefit for anyone who considers Mancini’s unnerving quarter-tonal music score to be the film’s most outstanding element. Every arpeggio, every ostinado on the piano adds terrifying layers of dread to the film and turns an already effective chiller into a chamber passion play. The anamorphic video transfer is also no better than the previous VHS version, but that incarnation was remarkably clear. The print is somewhat faded, but extra attention was apparently spent on the film’s climax, which is marked by remarkably deep and inky darkness.

Far from “special edition” material, but Warner did whip up a moderately illuminating eight-minute featurette containing interviews with Arkin and producer Mel Ferrer. The most interesting anecdotes both relate to reactions to Arkin’s climactic jump; Ferrer describes Jack Warner jumping out of his chair and then beaming with excitement over the cash cow he knew it would milk, and Arkin relates how hearing the audience’s reaction from the lobby actually scared him. Also included are two trailers: the “official” one and the William Castle one, explaining how the lights would be dimmed during the climax. There is also a short essay explaining the film’s stage origins that might as well be a haiku for how much info it contains.