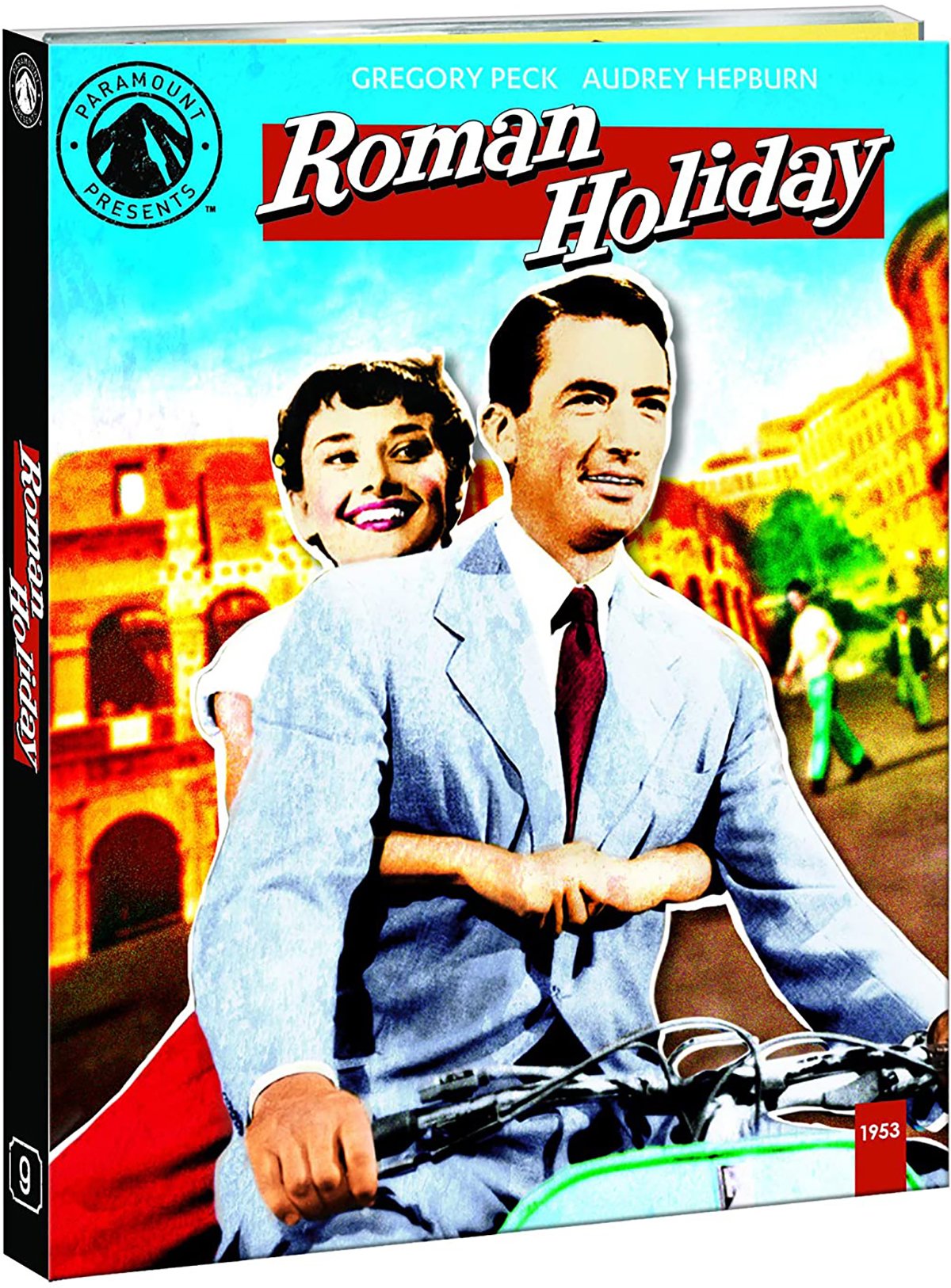 The indomitable mystique of Audrey Hepburn captured international attention almost immediately following the release of William Wyler’s Roman Holiday. By a stroke of good luck, genius, or, more likely, some alchemical combination of the two, the 1953 classic plays surprisingly well as a whimsical deconstruction of the Hepburn persona even as that persona was only just entering its gestation period.

In its opening scene, the film announces its fascination with the conflicts that arise between a star’s public persona and their internal desires. The star in this case is the young and beautiful Princess Ann (Hepburn), who, during one of many stops on an international diplomatic tour on behalf of her unnamed European homeland, stands upright and displays an impassive expression across her face, politely greeting a seemingly endless line of world leaders. Her decorous nature carries with it an air of nobility, and draped in a lavish white gown, she looks more like a porcelain figurine than a red-blooded woman.

That Hepburn was also descended from royalty—her mother, Ella van Heemstra, was a Dutch baroness—only further connects her to the character she plays on screen. And as Wyler peels back the veneer of Ann’s built-up façade to reveal the humanity beneath, it feels as if we’re seeing Hepburn herself cutting loose. In a perfectly naughty move worthy of Lubitsch, Wyler cuts from a wide shot of Ann steadfastly giving off the appearance of perfection to a close-up under her dress where she scratches one of her feet with the other. It’s a succinct summation of the princess’s struggle to balance her internal needs and desires with the external demands constantly thrust upon her. Not unlike Hepburn when she became one of the world’s foremost fashionistas, you don’t see a single chink in Anne’s composure.

Once Ann sneaks out of her country’s embassy after being injected with a sedative, she ends up spending the night at the crummy apartment of Joe Bradley (Gregory Peck). Their free-spirited tour of Rome the next day engages in that familiar rom-com trope where neither of them wants to reveal their true self to the other: Joe plays it cool, never telling her he’s a beat reporter out for a story, while Ann keeps her royal background under wraps, enjoying her newfound anonymity. It’s a screwball scenario that banks successfully on the charisma and chemistry of the film’s two leads. Hepburn is particularly impressive, often tapping into deep wells of emotion through subtle shifts in facial expression and body movements.

As Ann and Joe jet around Rome aboard that now-iconic Vespa scooter, Roman Holiday revels in the beauty of the city, with the film’s long takes and deep-focus photography savoring everything from the Trevi Fountain and Spanish Steps to, in a scene that finds Hepburn and Peck at a pinnacle of charisma, the Mouth of Truth. The film may seem at first glance to be a trifle, but as Ann gradually realizes that her aristocratic responsibilities are inescapable, Joe and the princess’s adventures are retroactively endowed with emotional gravitas.

In the homestretch, Wyler wisely eschews sentimentality. As Ann, aloof and imperial, gazes down at Joe, who’s up front in a crowded press box, their eyes connect, and a brief shift in each of their facial expressions acknowledges the secret of their day together. Here, Wyler nimbly employs deep focus in a medium profile shot in which Joe and a group of other journalists patiently wait as the princess makes her way down the line to shake their hands. And in contrast to the film’s opening, it’s Joe who must keep up appearances, fighting to keep his feelings in check as he bids the princess adieu. It’s a sly way to signify Joe’s understanding of the woman who less than 24 hours earlier he was looking to exploit for a scoop.

Remastered from a 4K film transfer for its first release on Blu-ray, Roman Holiday has never looked better. The image on the disc is remarkably sharp, allowing for even minute details deep in the frame to be perfectly visible, and the extremely high contrast ratio makes for a pleasing range of grays that only further add to the transfer’s beauty. There could stand to be a bit more grain, as the picture occasionally looks a bit too cleaned up, but the distribution is even. The audio is also quite strong across the board, with clean dialogue and the layered background sounds of a bustling Rome are perfectly balanced into the mix.

Most of the extras here are fairly cursory, never really digging too deep into the pre-production and making of the film. The 12-minute Dalton Trumbo: From A-list to Blacklist offers a brief yet judicious summary of the Hollywood blacklist and the nefarious tactics of the House Un-American Activities Committee. Many of the other extras—focusing on everything from the film’s costumes and shooting locations to Audrey Hepburn’s seven films with Paramount and the studio’s overall output during the 1950s—all bear the strong imprint of Paramount’s involvement, and are as such geared less toward providing insightful revelations about the film and more toward propping up the studio’s accomplishments. Finally, Leonard Maltin provides a short intro in which he gushes over the film and its charming actors.

William Wyler’s Roman Holiday lands on Blu-ray for the first time, and this is sure to be the definitive transfer of the film for years to come.