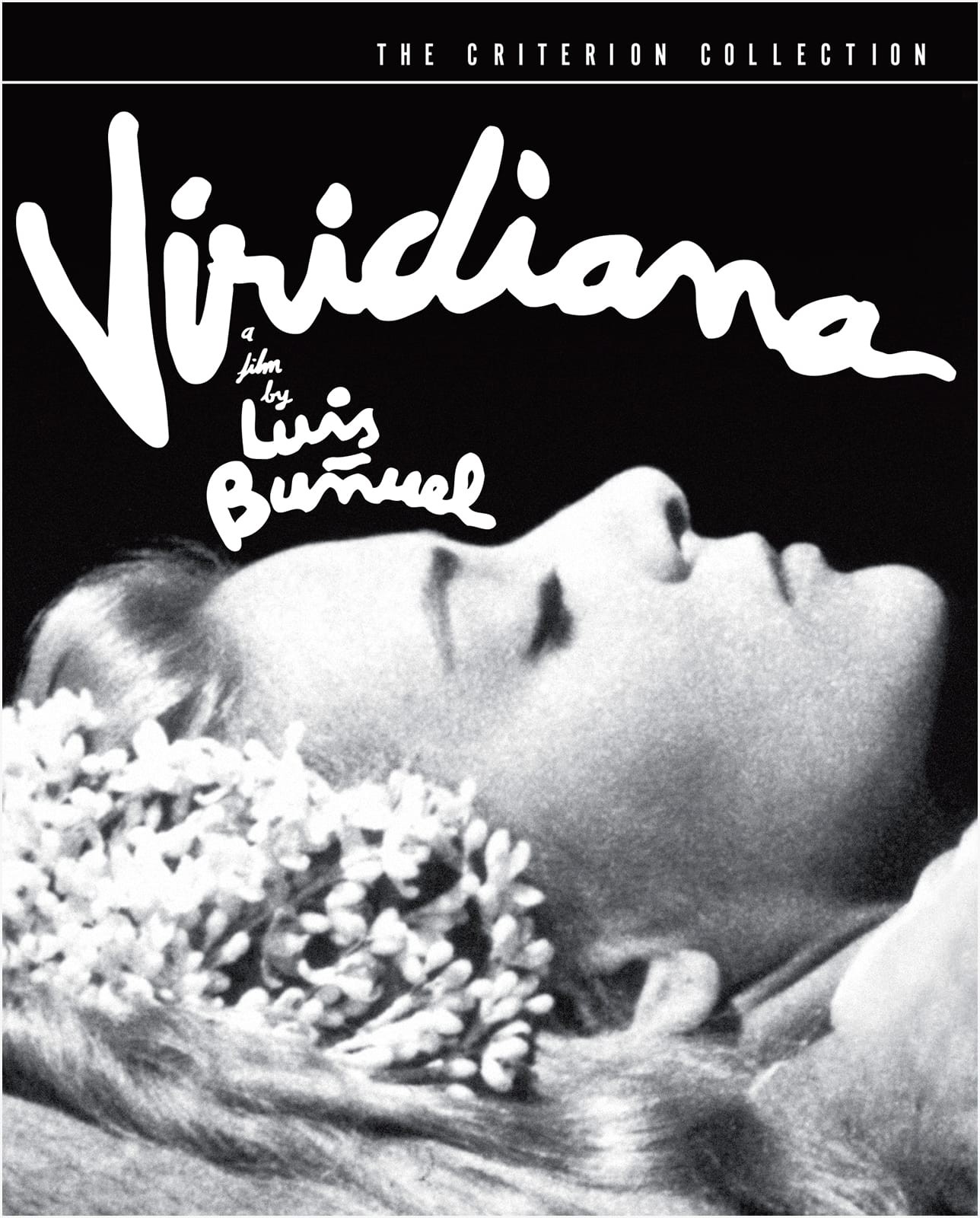 More than 40 years after its original release, Viridiana still shocks. In 1960, Franco invited the long-exiled Luis Buñuel to return to his native Spain to produce a film completely to his liking. Ask and you shall receive: Viridiana was Buñuel’s sly “fuck you” to the Spanish dictator and his political bedfellows, including the Catholic Church. Upon its release, the Vatican and Franco’s government immediately condemned the film. Not surprisingly, Viridiana went on to win the Palm d’Or at the Cannes Film Festival. Though the film is noticeably derivative of the similarly-themed Nazarín (both films were adapted from novels by Benito Pérez Galdós), not only is Viridiana more economical than Buñuel’s 1958 masterpiece but its remarkable classicism recalls the style of later works like The Diary of the Chambermaid and Belle du Jour. The film tells the story of a virtuous young nun (Silvia Pinal) whose efforts to do good and remain virtuous are constantly thwarted by the world around her. Both here and in Nazarín, an outraged Buñuel doesn’t so much attack a saint’s good intentions as much as her naïveté and unwillingness to realize that the world is incapable of appreciating them.

When summoned by Don Jaime (Fernando Rey) to his estate, Viridiana tells a fellow sister that she would rather stay at the convent she calls home. Her loyalty to God is particularly extreme: her nightgown is made of rough muslin; she sleeps on the floor; she carries a crown of thorns inside her suitcase; and she performs religious rituals while sleepwalking. When she visits Don Jaime’s barn and asks a cowhand for a glass of milk, the man suggests that she milk the cow herself. More startling than the delirious innuendoes implied in this scene (not surprisingly, they slipped by the censors when the film was approved for production) is the fact that Viridiana, more so than anyone around her, is on constant alert and sees sex in places where there obviously isn’t any. Don Jaime (here, Buñuel’s doppelganger) pesters Viridiana to stay at his estate, forces her to dress in his deceased wife’s wedding dress, drugs her with the help of his loyal maid, Ramona (Margarita Lozano), and convinces her that they slept together when she subsequently passed out. The maid’s daughter, Rita (Teresa Rabal), is reprimanded early on for spying on Viridiana (and seeing her in her nightgown). Later, the girl’s mother chooses not to believe Don Jaime when he claims he didn’t sleep with Viridiana precisely because her daughter observed him kissing his niece.

Viridiana seems to believe her uncle when he tells her he didn’t deflower her but she leaves his estate anyway. But as soon as she reaches the bus station, the local police notify her that Don Jaime committed suicide using little Rita’s jump rope. Even in death, Jaime continues to test Viridiana’s spiritual complacency. She uses his home as a shelter for a group of beggars, but her good will is no match for the sad viciousness of the people she tries to help and the blunt level-headedness of Don Jaime’s prodigal son, Jorge (Francisco Rabal). Buñuel’s sister Conchita once observed: “In Viridiana, there’s a scene where a tired dog is attached by a rope to the underside of a cart as it rumbles along the road. Luis suffered when he shot this scene because in real life it was so very common. The habit was so ingrained in the Spanish peasant that to try to break it would have been like Don Quixote tilting at windmills.” During this beautiful scene, Jorge buys a dog from a local peasant so that the poor animal won’t have to suffer any longer. When he turns his back to the road, another cart rumbles by with another dog attached to the vehicle’s underside. This is Buñuel’s poetic expression of life’s sinister cycle.

Viridiana is a fable about one woman who discovers just how difficult it is to change the world around her. Jorge respects Viridiana’s instinct to do good but continuously reminds her that her efforts are futile. “You can’t save everyone,” he says, not long after he himself tries to save a dog from the brutality of man. When the members of the house leave the estate for the night, Viridiana’s beggars play Handel’s “Messiah” on Don Jaime’s phonograph and reenact their own version of Da Vinci’s “The Last Supper” in what remains one of the most infamous sequences ever mounted for the screen. After nearly destroying Don Jaime’s dining hall, the beggars attempt to rape Viridiana when she returns to the estate. Viridiana’s controversy is ironic because, like Nazarín, it doesn’t attack Christianity as an institution but its failure to truly and imaginatively connect with the people it seeks to help. Why break bread with people who don’t even want that bread? Viridiana learns her lesson, religious hymns give way to “Shake Your Cares Away,” and her rituals of denial usher in a very wholesome game of cards. And with that, Buñuel seems to welcome the girl into the real world.

God bless the Criterion Collection for bringing Viridiana to DVD, but damn the condition of the original negative. As usual, the company has meticulously removed thousands of instances of dirt, debris, and scratches from the duplicate negative they struck. The work shows, and this is a lovely transfer for the most part, boasting strong blacks and very little in the way of edge enhancement, but some scenes are marred by vertical lines, suggesting perhaps an angry censor shredded the film using a crown of thorns. There’s a slight hiss throughout the audio track but dialogue is surprisingly rich-sounding for a mono presentation.

A ridiculously dolled-up Sylvia Pinal reminisces for 15 minutes about meeting Buñuel and their subsequent working relationship. (Best bit of trivia: Many years before the director made Tristana, it was his plan to cast Pinal in the lead role.) Richard Porton, editor of Cineaste, doesn’t have the most appealing commentator’s voice (no offense, man), but who needs a full-length commentary track when his 13-minute analysis of the film, so rich in context, covers just about all the right bases? Better yet is a 37-minute collection of clips from the French program Cinéastes de Notre Temps devoted to Buñuel’s films-a time capsule from a time when people were first beginning to make sense of one of the world’s bourgeoning cinematic geniuses. A 30-page booklet also included with this disc includes the essay “The Human Comedy” by Michael Wood that follows a similar format as my old-school review above and an interview with Buñuel conducted by José de la Colina and Tomás Pérez Turrent, excerpted from their book Objects of Desire: Conversations with Luis Buñuel.

A solid Viridiana package in spite of the fact that the Criterion Collection has yet to get a critic (ahem) to write about Buñuel who’s as irreverent as the director himself.

Review: Michael Haneke’s 71 Fragments of a Chronology of Chance on Kino DVD

Review: Peter Rosen’s Who Gets to Call It Art? on Palm Pictures DVD