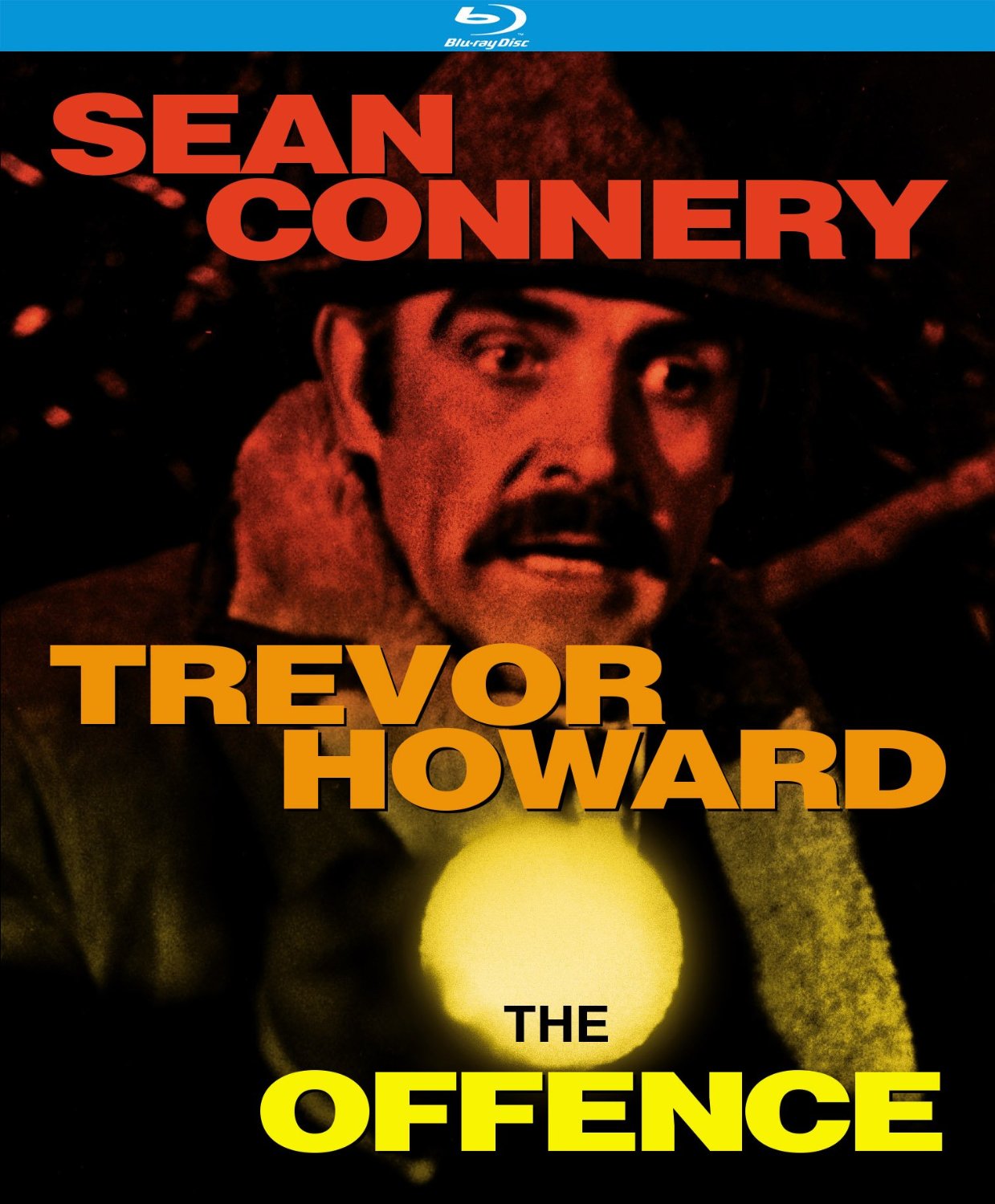 Few genre films come as close to entering the abyss as Sidney Lumet’s The Offence, which effectively plays out as one elongated interrogation both of a single witness and the tortured psyche of Sergeant Johnson (Sean Connery). Lumet opens with a remarkable slow-motion sequence, in which men are seen scrambling around a police station for unknown reasons. Finally, Johnson is revealed, standing in the middle of a room, with four men strewn out on the floor around him. One of them is Baxter (Ian Bannen), the bloodied witness, and the others are police officers. Lumet uses this scene as a frame device for the film, with the narrative seeking to uncover exactly what drove Johnson to the titular “offence.”

Yet Lumet is clear that the film is riddled with offenses, such that Johnson’s ego-maniacal barking and intimidation of the witness suspected of being a serial child molester are played as questions rather than assertions. By the film’s end, one’s certainty of Johnson’s guilt isn’t only complicated, but made utterly opaque. That’s largely because Lumet is intent on visualizing the demons that could drive an authority figure to lose all sense of himself outside of his role as a police officer. Early scenes following the opening sequence quietly reveal the small British town that Johnson patrols to be afflicted by some sort of past trauma, but also, presently, unable to identify a child molester roaming the school grounds. When a young girl goes missing, Lumet shoots a night search for her body in near-total darkness, with only flashlights revealing bits of the mise-en-scène. By contrast, tracking shots follow numerous police officers in a later scene as they walk through the station. Lumet uses basic compositional setups for these disarming expositional sequences, but saves his formal daring for the film’s second half, as Johnson’s sanity begins to unravel.

Because of this, The Offence feels like a film cut in two, much like Johnson himself, which Lumet primarily capitalizes on in a flashback-cum-montage that cycles through a series of disturbing images in Johnson’s head as he drives home one evening. Included is the aftermath of a gory car crash, a baby’s bloodied arm hanging out of its crib, dead entwined lovers, and a body hung from a tree. Are these actual events from Johnson’s days on the police force? Lumet is never so explicit, instead allowing this sequence to remain simply a projection; Johnson’s wrath is hinged to a certainty that he’s responsible for defending the innocence of those unable to defend themselves. In this way, Lumet aligns his film with a pair of Fritz Lang classics: M and The Big Heat. The former’s influence is certainly bound up in the pursuit of a child rapist/murderer, but also in an obsession with procedure and the detailed goings-on around a nation’s bureaucratic infrastructures. With The Big Heat, Glenn Ford’s at-all-costs family-man cop is morphed into Connery’s at-no-ego-expense detective.

Lumet isn’t simply pastiching Lang, but probing his own obsessions with men who refuse to relinquish any facet of themselves in order to attain what they want. Perhaps the film’s most telling scene comes when Superintendent Cartwright (Trevor Howard) engages Johnson for a tête-à-tête following accusations of severely beating (and maybe even killing) a witness. When Johnson asks how he remains sane while on duty, Cartwright tells him to keep part of himself separate and accept that he possesses two versions of himself. Yet that advised whole division is actually a diagnostic for Johnson’s fragmentation, as he’s unable to piece himself together long enough to untangle fantasy from reality.

Finally, it’s Baxter’s plea to not “beat me for the thoughts in your head” that sets Johnson off, which demonstrates the detective’s awareness of his potential instability. Lumet is interested in parsing through Johnson’s trauma, whatever its derivations, but his aims don’t end there. By allowing Johnson’s anger to personify ego-driven expressions of masculinity, Lumet implicitly asks how such a fragmentation could present itself in the first place. While hesitant to give too pat a solution, Johnson’s final gasp of “oh my God” at the realization of what he’s done suggests only nominal self-interrogation and is emblematic of an image-driven culture further swan-diving by film’s end into systemic inabilities to separate duty from desire.

Kino has taken considerable care of the image throughout, particularly insistent on maintaining Lumet’s shadow-heavy approach during several of the film’s night scenes. Moreover, nearly all signs of debris and imperfections in the print have been removed, allowing for a long out-of-print film to make a stunningly vibrant emergence on Blu-ray. The odd, creepy score by Harrison Birtwistle shrieks throughout, but is nicely balanced with dialogue, such that volume changes are unnecessary. Connery’s performance is especially on full-display, often in tight close-ups, which this transfer finely calibrates with grain and detail.

All that’s included is the film’s theatrical trailer.

Another of Sidney Lumet’s dark (and underrated) police procedurals is given light in this stunning, but nearly extra-free Blu-ray from Kino Lorber.