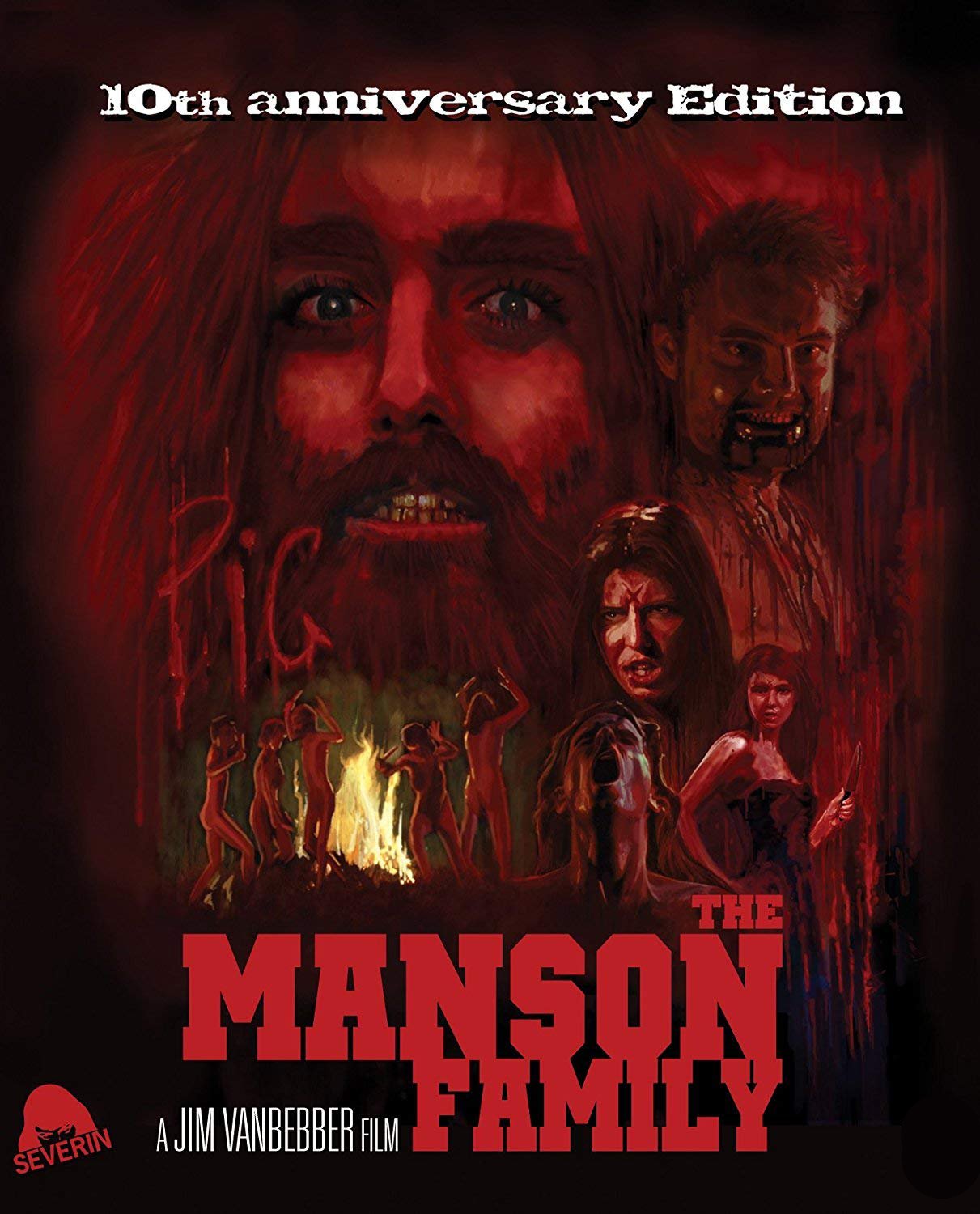 Fifteen years in the making, Jim Van Bebber’s The Manson Family was originally conceived as a hit-and-run bit of exploitation fodder that could be knocked off in a couple weekends’ worth of naked orgies-cum-historical reenactments. Except the film slowly morphed and expanded over the ensuing years—as financing trickled in and dried up, and cast members came and went—into an obsessively researched disquisition on what portentous newsman Jack Wilson (Carl Day) labels “the crimes that poisoned the Love Generation.” As the title indicates, Van Bebber was ultimately more interested in charting the nexus of social, psychological, and sexual motivations that gave rise to the Manson family’s crime spree than he was in fixating on Manson as some inexplicable embodiment of evil—to the extent that Manson himself (Marcelo Games) is often either sidelined by the storyline or simply absent from the film.

Wringing virtue out of necessity, Van Bebber uses the passage of time and its effects on the aging actors to elaborate a plotline that’s much less straightforward than the one he’d initially envisioned. The film’s gnarly structure, in other words, emerged more or less organically out of its tangled production history: The Manson Family is a densely imbricated mosaic of flashbacks and flash-forwards, punctuated by talking-head reminiscences culled from the fictitious tabloid TV show that Wilson hosts. At the film’s core are scenes set at Spahn Ranch, where events progress from nudist-utopian frolicking to paranoid-delusional freak-outs, a shift in tone that’s perfectly encapsulated in the film’s most outrageous scene: a mock crucifixion replete with dog’s-blood-filled chalices and what appear to be some unsimulated sexual hijinks. And then there are the segments set in the late ‘90s illustrating the continuing fascination of Manson’s legacy for the nihilistic post-punk generation. While they make perfect sense from a rhetorical standpoint, they come across as too on the nose, and work to blunt the film’s cumulative intensity.

Van Bebber handles the Tate-LaBianca murders with hardnosed realism and an unsettling attention to forensic accuracy. Make no mistake: The Manson Family pulls no punches in its handling of these gruesome events. Van Bebber’s only concession to restraint occurs when he cuts away from the mutilation about to be inflicted upon Sharon Tate and her unborn baby. All this excessive bloodshed has a point though; it’s never intended as gratuitous shock tactics. In a manner analogous to John McNaughton’s Henry: Portrait of a Serial Killer, the unsparing violence is meant to demystify and de-glamorize acts of carnal savagery that otherwise might register as little more than the routine slaughter found in your average slasher film. Violence, Van Bebber wants to say, is always ugly.

The Manson Family is an outlandish audiovisual witches’ brew that draws on a mélange of period-specific influences from Easy Rider’s elliptical editing to a hallucinatory sequence that’s meant to mirror Roman Polanski’s Macbeth. The use of variegated and often deliberately degraded film stock imparts a home-movie feel to the increasingly unhinged goings-on at Spahn Ranch, while the layered psychotronic sound design contributes significantly to the film’s disturbingly immersive quality. Severin delivers a rock-solid 1080p/AVC-encoded Blu-ray transfer that’s a marked upgrade over the already impressive quality of Dark Sky’s 2005 DVD. Colors are brighter and more deeply saturated; clarity and detail are both improved significantly. On the audio front, you can take your pick between a Dolby 5.1 surround and two-channel stereo track.

Severin brings along the extras from Dark Sky’s two-disc set as well as supplying some excellent new ones. Spanking new to the Blu-ray package is Gator Green, a short film from Jim Van Bebber, in which he stars alongside The Manson Family’s Maureen Allisse. This is a darkly humorous spin on Tobe Hooper’s Eaten Alive involving disturbed Vietnam vets, a dope deal gone sour, and some ravenous reptilians. There’s a commentary track with Van Bebber that delves into The Manson Family’s protracted production history with even more detail than the previously available making-of documentary “The Van Bebber Family,” which is also included here. About 15 minutes’ worth of deleted scenes, available here for the first time, are particularly rough going, since what we see of them was recorded by a cheap camcorder aimed at footage being projected on a wall. Rounding out the new material is an interview with musician Philip Anselmo, who discusses his contributions to the film’s soundtrack.

Carryovers from the previous edition include two feature-length documentaries. The aforementioned “The Van Bebber Family” provides an overview of Van Bebber’s career and features clips from earlier works like Deadbeat at Dawn and My Sweet Satan. There’s appropriate emphasis on the making of The Manson Family, as well as interviews with the film’s cast and crew. “In the Belly of the Beast” documents the premiere of a rough cut of The Manson Family at the 1997 Fantasia Film Festival, and also features genre stalwarts like Richard Stanley, Nacho Cerda, and Karim Hussain. The focus here is more on the agonies of underground filmmaking—securing financing, brooking studio interference, suffering critical lambasting—than whatever ecstasies may be provided by inclusion in the festival circuit. Finally, there’s an interview with Charles Manson himself—an odd choice for inclusion considering Van Bebber’s vehemently professed desire to have nothing to do with the Family or its minions.

One of the strongest (and strangest) true-crime films to come along since Henry: Portrait of a Serial Killer, Jim Van Bebber’s The Manson Family gets a rock-solid Blu-ray upgrade, as well as some killer new extras, from Severin.