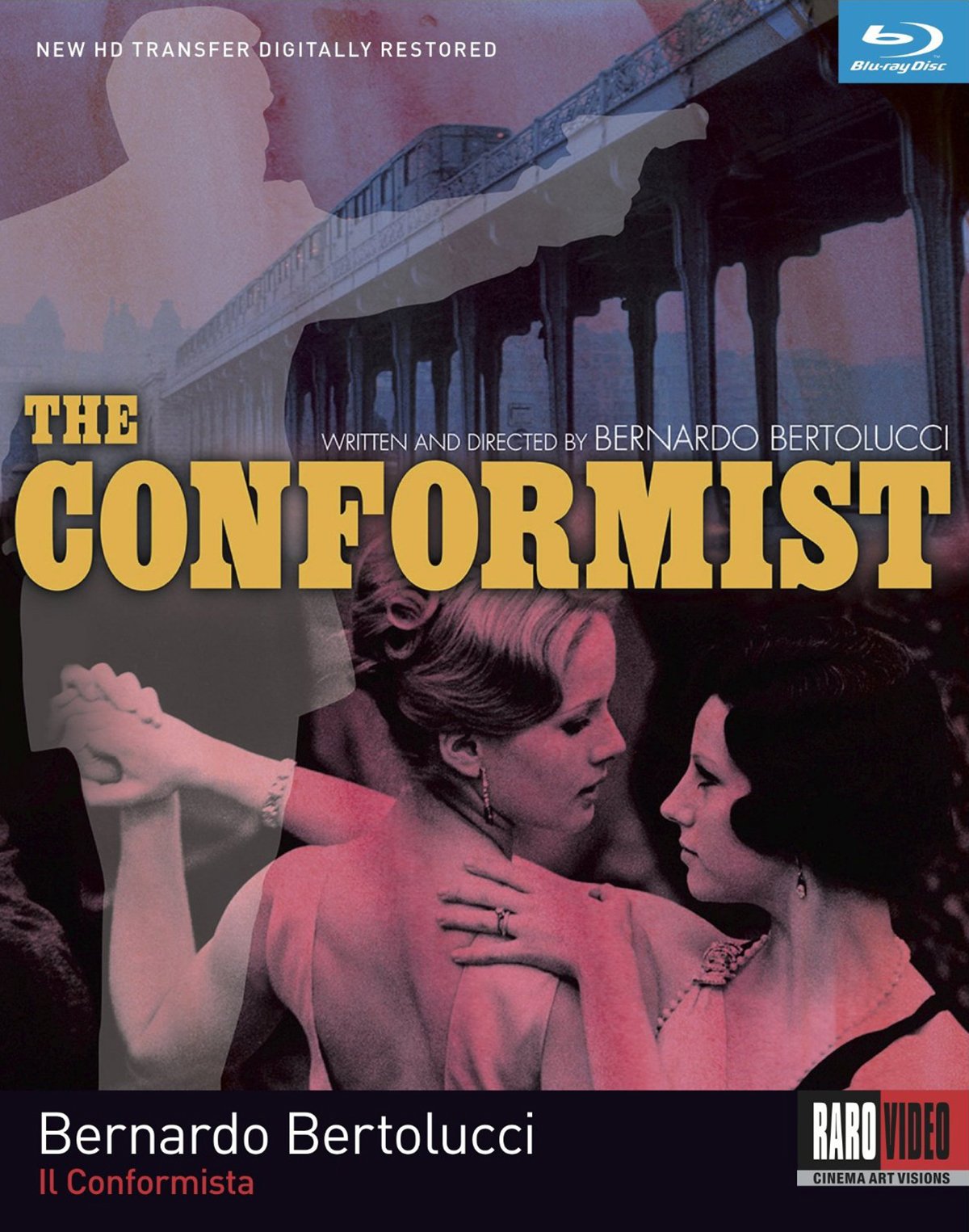 Though the film’s jumbled, quasi-impressionistic editing pattern hides clues throughout its runtime, The Conformist provides a subtle explanation for its title within the first few minutes. In a flashback that shows Marcello Clerici (Jean-Louis Trintignant) interviewing to join the fascist secret police, a party representative notes that while most obey fascism out of greed, fear, and, occasionally, genuine loyalty, Marcello lacks these usual motives. Gradually, it becomes clear that he simply wants to seem normal, which means he will follow along with whatever the masses think. Hidden in plain sight is the idea that this man, despite his credentials as a spy and enforcer, represents the true face of fascism’s popular support, a malleable desire to please that could ensure support by insisting that everyone else feels the same way.

Marcello is defined by his lack of definition. A man seemingly without passions, his only hobby appears to be the collection of signifiers to his intended mediocrity. Marcello regards his fiancée, Giulia (Stefania Sandrelli), as nothing more than a linchpin of his image, otherwise despising the very petit-bourgeois flightiness and mediocrity he identifies as critical to fitting in. Beneath this manicured surface, Marcello proves to be equally worthless an assassin, a craven individual who applied for a sadistic job simply to bolster his bona fides. The plot revolves around an assignment to kill Marcello’s old professor, Quadri (Enzo Tarascio), but as the jumbled narrative slowly puts the pieces into place, it becomes clear that Marcello is too cowardly to do the job. Similarly, the tag-along Manganiello (Gastone Moschin), who initially seemed nothing more than Marcello’s driver, is, in fact, there to monitor the spy as much as his target, ensuring that the task is completed even if he has to throw Marcello’s corpse in the pile before it’s all said and done.

The editing may obscure Manganiello’s true role until toward the film’s end, but by and large the achronological order of the narrative elucidates more than it masks. The impressionistic structure juxtaposes instances of Marcello’s weak-willed ineptitude with his moments of superiority, especially when he must confess his sins to a priest before marrying Giulia, confessing to various horrors perpetrated by and against him before being swiftly absolved once he mentions he’s secret police. The film also permits surprising autonomy from the women in Marcello’s life, revealing hidden depths in Giulia and a shrewd survivor’s instinct in Anna (Dominique Sanda), Quadri’s wife and the object of Marcello’s affections. Marcello assumes innocence, if not outright simplicity, on their behalf, but Giulia and Anna regularly prove that the man merely projects his pathetic qualities onto them.

If Trintignant portrays Marcello with purposeful banality, Bernardo Bertolucci uses elaborately stylized composition and cutting to tell the protagonist’s story. Compositions regularly marginalize characters against vast backdrops, shoving heads down to the bottom of the frame to lend greater importance to cavernous, fascist architecture and classical Italian décor. This produces innumerable great shots, most strikingly in the depictions of the rotting wealth of Marcello’s family, first in the decaying manor where his mother lives, then in the open-air sanitarium where Marcello meets his syphilitic father. The latter is a sunken cube of white limestone scored only to the howl of wind, so fierce and sharp it gives the impression that it carved the prison out of raw stone rather than being crafted by man. Even cozier chambers manage to compartmentalize their human presence as filmed by the director and Vittorio Storaro, with a number of two shots effectively turned into spliced-together portraits, each person isolated from the other through the use of bisecting frames and exaggerated physical distance.

Bertolucci’s baroque direction emphasizes the intoxicatingly different aesthetic of fascism’s changing of the old guard while also stressing the drab impersonality that makes conformity with such a system so easy. This half-enraptured, half-satiric ornateness vaguely recalls Orson Welles, while Marcello’s trench coat and fedora peg him as a subversion of Alain Delon’s Le Samouraï character, suggesting that the latter’s existential conundrum of meaningless violence ultimately concludes in fascism. Yet the strongest reference point of the film’s set-privileging frames and pungent anxiety is the work of Michelangelo Antonioni. Where that director used his camera to question whether mankind was ready for the new society they were building, however, Bertolucci trades ambivalence toward the present for outright fear of the past. We may not know where we’re going, the film tacitly says, but it damn sure can’t get any worse than where we’ve been.

Raro’s disc touts an all-new restoration of the film, and to be sure, it looks better than it ever has on home video. Healthy grain reproduction, excellent color saturation, and stable black levels provide a sharp leap over muddy or overly hazy prior releases, including some internationally available Blu-rays. Yet it’s dismaying to see that this restoration failed to address the image stability issues that have plagued HD masters of the film for years. Look closely and nearly every scene shows instances of light contrast suddenly fluctuated, occasionally skewing the image clarity with it. These flaws aren’t so glaring that they ruin an otherwise exemplary transfer, but their incessant presence becomes more and more of a nuisance after you spot it. Without it, this would be one of the best restored transfers of the year. As is, it’s a profound disappointment. Lossless stereo tracks in Italian and English are sturdier, decidedly quiet tracks for such a low-key movie, but crystal-clear nonetheless.

“In the Shade of The Conformist” is an hour-long essay from Italian critic Adriano Apra that briefly covers Bernardo Bertolucci’s career from his early work for and with Pier Paolo Pasolini through The Conformist before settling into a lengthy explication of the latter, combining thematic analysis, copious production facts, and an interview with Bertolucci. Apra’s essay is long enough to thoroughly dissect the film, right down to providing charts that represent scenes by running length and the time period of their setting. A pair of trailers, one original, one for the re-release, rounds out the disc, while an accompanying booklet contains bits and pieces of everything from contemporary reviews to retrospective enshrinement to interviews with crew members.

One of the most beautiful films ever made has long been weighed down by bad home-video transfers, and while Raro’s commendable Blu-ray is leagues ahead of its competitors, even it fails to fully deliver the perfect image this movie so richly deserves.

Blu-ray Review: Frank Capra’s It Happened One Night on the Criterion Collection