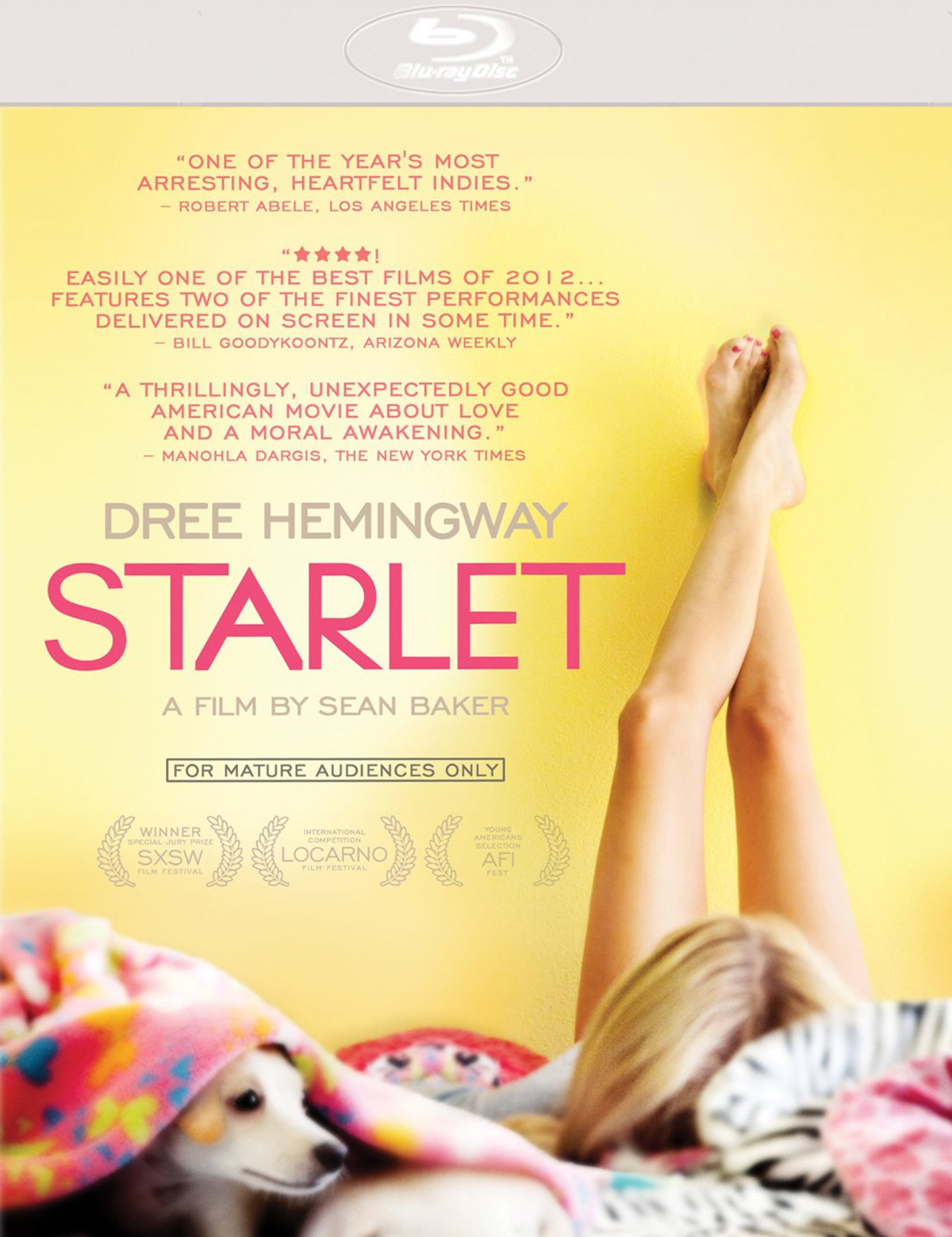 Sean Baker’s Starlet hinges on a plot concession so tantalizing to the viewer yet so detached from its main character’s primary concerns that it almost plays like an afterthought. It wouldn’t quite be accurate to label this bit of narrative disclosure a revelation (and certainly not a “spoiler,” as no one in the film would ever consider such details worthy of much extraneous thought), but more simply an acknowledgment of a lingering but nonetheless vital piece of character contextualization. In a lesser script, or in the hands of a less intrepid filmmaker (Baker co-wrote, directed, and edited the film himself), Jane’s (Dree Hemingway) actions would revolve around this most unique aspect of her everyday life. But Jane isn’t defined by her lifestyle, and indeed Baker offers personal information only as these characters likely would themselves.

To put it bluntly, Jane is a porn star. Yet her association with the adult-entertainment industry is about the furthest thing from her or this film’s mind at any given time. When we meet her in the film’s opening scenes, she seems a typical young woman, casually waking up midday beside her dog Starlet (ostensibly the movie’s namesake, though, like the film, it gathers varying connotations as it progresses), fretting to her friend and roommate, Melissa (Stella Maeve), over the look of her bedroom, and generally moving through her day half-put together and with an air of lax complacency about her. It isn’t until 45 minutes into the film that we actually find out what line of work Jane, Melissa, and Melissa’s boyfriend, Mikey (James Ransone), are engaged in, and even then a workplace confrontation over a paycheck seems reminiscent of many a disgruntled contractor. These girls could be actresses, models, spokeswomen, entertainment assistants; Jane certainly doesn’t get hung up on such semantics.

Rather, Starlet’s central storyline is much gentler, though from a moral standpoint, equally as thorny. When Jane buys an antique thermos from an aging widow, Sadie (85-year-old Besedka Johnson, in her first and last film role), only to discover $10,000 dollars cash inside, she unexpectedly arrives at an ethical crossroads: Does she return the money, or does she keep it under the assumption that Sadie doesn’t need it and probably isn’t aware of it anyway? From this simple premise, Baker sketches an unlikely tale of friendship, obligation, and personal and professional bonds that progresses naturally through skepticism, selfishness, dismay, and finally, reconciliation and revelation. As her relationship with Melissa deteriorates over the latter’s increasingly erratic behavior, Jane’s bond with Sadie only strengthens, as each unexpectedly inspires the other as they transition into new territories of emotional maturation. Sadie even turns out to be perhaps the film’s most mysterious character, her pointed personal reveal in the film’s final scene as surprising as Jane’s professional sacrifices.

Even at this relatively early stage (this is just his fourth feature), it’s clear that Baker is a confident visual storyteller. Besides withholding certain facets of Jane’s lifestyle, he also allows the aforementioned final scene to play out wordlessly, his faith in his sun-drenched images, reaction-based editing patterns, and Manual’s swelling downtempo ambient score proof enough of both a promising stylist and natural narrative voice. Meanwhile, many of the film’s best moments play out between passages of dialogue, with glances, grins, and an endearing gaze (and not only those provided by Starlet) enough to shift character and audience sympathy. Sadie is a cold, bitter old lady when we meet her, while Jane is as naïve and selfish as one might expect from a 21-year-old. But each are provided instances of quiet reprieve from their respective dramas, where their true selves are in evidence and their genuine empathy for another woman—even one decade’s her junior or senior—is palpably conveyed. Starlet is a film of small, humane gestures set within a world extreme displays of physicality. And yet what we’re left with isn’t images of exploitation or perversity, but ones of warmth and camaraderie. And in that sense, the film is one of the most unexpectedly moving love stories American cinema has given us in quite some time.

Like many filmmakers on the American independent circuit, Sean Baker shot Starlet in digital HD. As the format tends to do, it accentuates certain byproducts of location shooting while muting darker indoor hues. Baker’s careful framing of each shot, however, renders such lens flares and flat interior spaces as quite intentional. There’s depth to many of these images, and a certain beauty to their immediacy. This is a worthy visual document of the outskirts of Los Angeles County, and a seemingly effortless display of natural lighting and color-splashed composition. Sound, meanwhile, is offered in two DTS-HD forms: a 5.1 surround and a 2.0 stereo mix. Starlet is primarily driven by its dialogue and visuals, but Manual’s score offers enough nuance and low-key resonance to warrant a surround viewing.

Highlighting the package is an audio commentary by Baker alongside actors Dree Hemingway, Stella Maeve, James Ransone, Karren Karagulian, and various crew members, and a lengthy making-of documentary shot on location throughout the shoot and featuring all the principal cast and crew. Additionally, there are interviews with Hemingway and Besedka Johnson shot at SXSW, audition and rehearsal footage of both as they initially get into character, and a few short mini documentaries on various technical aspects of the film, including a behind-the-scenes look at how the crew went about shooting the film’s provocative central sex scene.

One of the best and most under-seen American indies of the last few years arrives in an impressive package from Music Box Films.