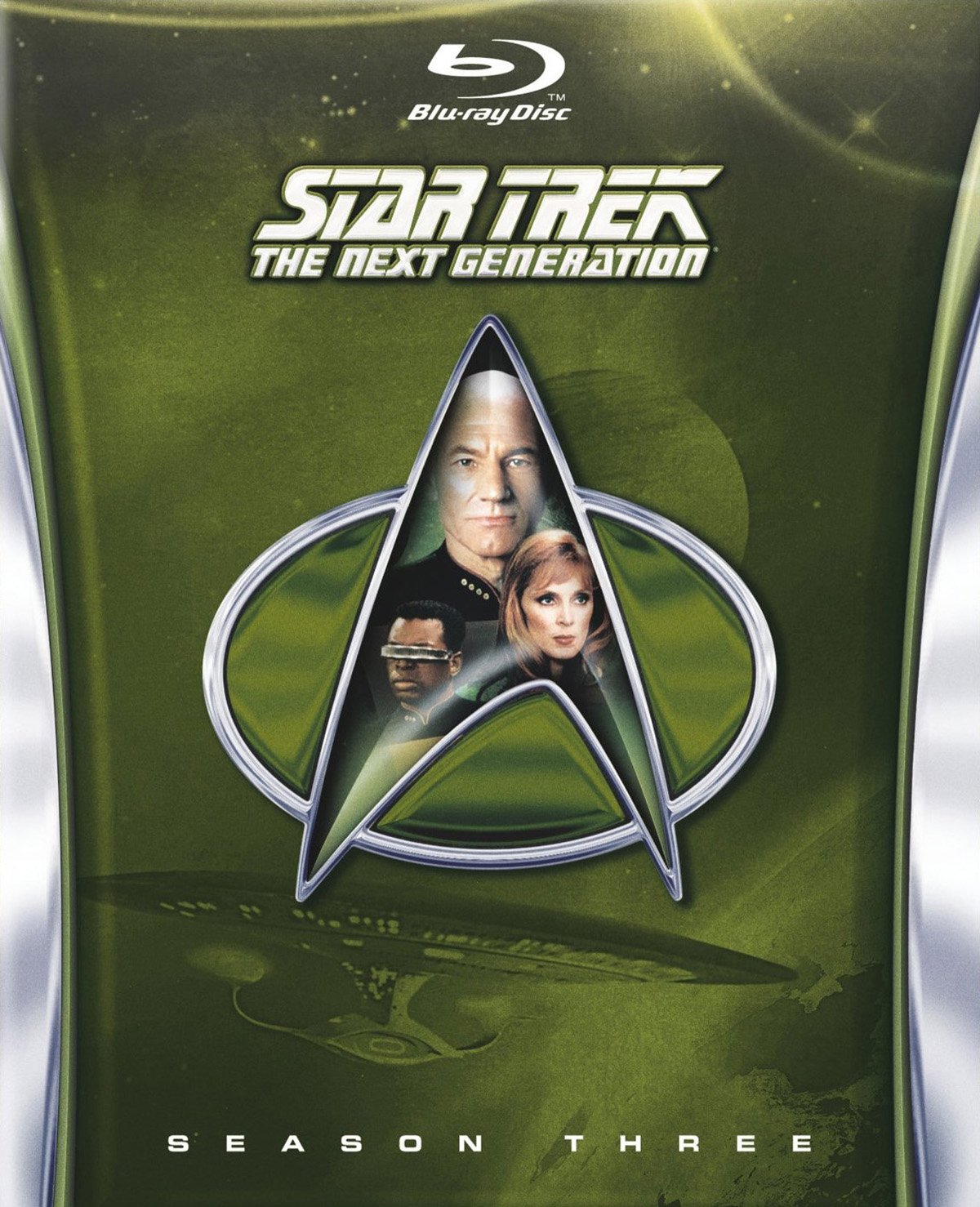 Gravity is an odd virtue to find in a series about deep space, but then little about Star Trek: The Next Generation ever seemed ordinary. The tenor of TNG was out of step with its decade’s trends in science fiction, opting to forgo the moody rain-slick romanticism of Blade Runner and the hard-labor industrialism of Alien in favor of clean lines and the soft constant hum of a warp engine, a left-brain conception of sci-fi glamour and cool. This is a long-running mainstream TV show in which the most dramatic events take place while characters are sitting in chairs, often simply talking among themselves, sometimes even over tea. Instead of leaping heedlessly into battle, the Enterprise crew’s first recourse when faced with a threat is to discuss it at length; far more than “fire” or “attack,” Captain Picard’s most common order is “run a level one diagnostic.” Conflict is regarded as a problem to be solved or navigated, through civility, negotiation, and equanimity, instead of as an enemy threat to be fought and extinguished. Looking back, the approach seems almost quaint.

TNG’s third season is often credited as the point at which the series came into its own, a designation justified not so much by the caliber of these particular 26 episodes as by the narrative template they establish and begin to perfect. With that in mind, low-key opener “Evolution” is typical of both the season’s strengths and weaknesses: The episode’s deceptively low dramatic stakes, raised when lab-grown microscopic nanites evolve into sentience and begin disrupting the stability of the ship, are expanded considerably when one considers the philosophical implications of a new lifeform being willed into being from a cadet’s school experiment. It’s a fairly inert story built from a strong conceptual foundation, resulting in a tension with which the show would continue to struggle. TNG’s later seasons learned to integrate their existential quandaries into the dramatic fabric of self-contained narratives more tidily, reaching its pique in the fifth season’s “Inner Light,” far and away the best episode of the series, but across season three one side of the equation often takes undue precedence over the other, with its least cohesive episodes veering too far into or away from the what-if thought experiments ever at their core.

A good example of an episode striking this balance well is “The Survivors,” a minor coup in which the Enterprise crew must investigate the only living remnants of a recently annihilated planet. Though their world has been otherwise wiped out and reduced to dust, an elderly husband and wife remain in their home perfectly unharmed, the small plot of land around their house somehow miraculously unscathed. Like many of the most effective TNG episodes, this one begins as an intriguing mystery: Something extraordinary and apparently unexplainable has happened, and it’s up to Picard to get to the bottom of things. And, also like many of the most effective TNG episodes, this one ends with a resolution as surprising as it is quietly challenging; in this case it’s revealed that the husband, far from being an ordinary farmer, is actually an immortal being with godlike powers, which he used in the aftermath of his planet’s destruction (and wife’s death) to recreate his former life and, more shockingly, to wipe out the race responsible for attacking them. “The Survivors” thus ends in a moment of heavy consideration, leaving us to ponder the fate of a being whose grief inspired him to kill 50 billion people.

Elsewhere, this kind of deep engagement is executed with less elegance. In “Who Watches the Watchers?,” the Enterprise’s Prime Directive is briefly violated when a primitive species stumbles upon a Federation outpost, causing them to presume Picard to be their god; here, broad questions about faith and false idols, though interesting, are handled somewhat clumsily. And “Booby Trap,” in which Geordi falls in love with a Holodeck program based on a real-life engineer, has a conceit more embarrassing than thought-provoking. Broadly speaking, the problem with TNG’s third season is that it was often too ambitious for its own good, constantly racing to expand its conceptual scope while still struggling to perfect the execution—and there are far worse problems to have. And because they gambled so greatly, the payoffs were huge: The highlight of the season, “Yesterday’s Enterprise,” worked so well precisely because it took on so much, proposing a robust alternate timeline as coherent as it was believable. Anything less would have been unworthy.

For those accustomed to years of syndicated TNG reruns on daytime TV, this new 1080p transfer is going to be a bit of a shock: Never before has the series looked so sharp and crisp, with its iconic palette of primary colors (especially the reds of the federation uniforms) upgraded from cable-TV softness to a sumptuous, cinematic boldness. The included 7.0 DTS-HD Master Audio soundtrack is similarly impressive, maintaining a fine balance between the show’s endless streams of dialogue and the steady hum of background ambience (the ever-present engine noise is smartly relegated to the sub). This is clearly the best the show has ever looked or sounded.

Paramount has made a serious effort to pander to the die-hards and completists, as the special features here are voluminous, particularly for a nearly 25-year-old series. Included here is an assortment of substantive featurettes and the usual array of bloopers, promo material, and commentary tracks. Some of this material is strictly for the nostalgic: the “episodic promos,” in particular, evoke the days of tuning in each week with an anticipation bordering on frenzy, and attempts elsewhere to reunite the cast for reflections and memories are more fond than crucial. Most impressive, however, is the attention paid to the writing process behind the show, with both a behind-the-scenes writers’-room doc and two tributes to season-three scribes responsible for bringing this show to life.

Paramount’s sterling Blu-ray collection serves to remind fans that Star Trek: The Next Generation graduated to greatness in its third season.

Review: Only the Young and Tchoupitoulas on Oscilloscope DVD