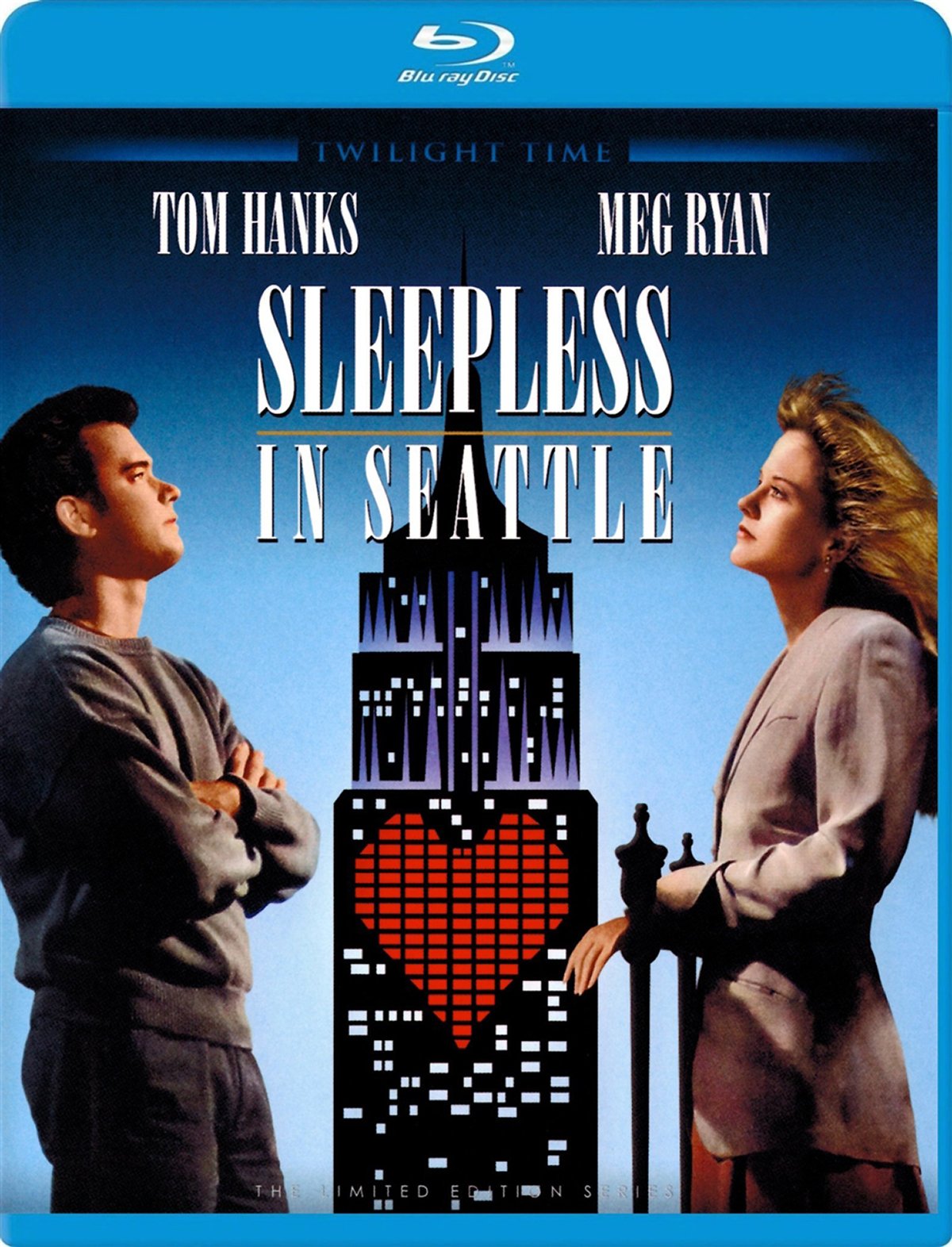 “You don’t want to be in love,” Becky (Rosie O’Donnell) tells an infatuated, conflicted Annie (Meg Ryan) in Sleepless in Seattle. “You want to be in love in a movie.” Director Nora Ephron speaks indirectly to her audience in that single line; the film, after all, is a Meg Ryan/Tom Hanks vehicle that hews to rom-com tradition. Yet Sleepless in Seattle never tries to hide the fact that the love between Annie and Hanks’s Sam—no matter how destined it appears to be—is imaginary and idealized. Indeed, the film ends before they can speak more than a handful of lines to one another. Love at first sight (or first listen, or first letter) is a myth. So, too, is the idea that couples are brought together cosmically instead of by random chance.

Are Annie and Sam meant to be together forever? Sleepless in Seattle is uninterested in that question, though on the surface it certainly appears to be affirming it. The film is concerned with the internalization of social constructs about love, from a lifetime of witnessing portrayals of romance in popular culture, and seeing how those ideas manifest in one’s own real love life. Despite the characters’ attempts to be rational, there’s an irresistible urge to give into confirmation bias; everything that brings Annie and Sam closer together is deemed either a sign or mere coincidence. Children and women in Sleepless in Seattle are wont to believe in the magic of love, and every female character fawns over An Affair to Remember, the 1957 classic that Sleepless in Seattle is modeled after. No matter how old, disillusioned, or unhappy these women are in their relationships, they recognize the potential of true love in An Affair to Remember, and want to believe the same fate awaits Annie. For someone as impressionable as Sam’s eight-year-old son, Jonah (Ross Malinger), finding a new mom worthy of his father’s love isn’t dependent on her mutual appreciation for baseball player Brooks Robinson, but the fact that Annie mentions it in her first letter to Sam is symbolic, a sign of good taste in addition to being an omen. Annie isn’t so much looking for signs as she is in denial about wanting to leave her goofy, oblivious boyfriend, Walter (Bill Pullman), which is why she falls victim to the game of kismet. Annie believes in, but then is quick to dismiss such signs, though she still ends up taking dramatic steps in order to meet a total stranger she thinks she’s fallen in love with. As for Sam, he’s an absolute atheist. When a co-worker asks, “What’s that thing, where everything intersects?,” his response is “the Bermuda triangle.”

Like Ephron’s You’ve Got Mail, Sleepless in Seattle acknowledges the ineluctable influence of technology in the idealization of love, which can be both positive and negative. Technology helps us become attracted to strangers (the central thesis in The Social Network), it gives us unprecedented access into their mysterious lives, it heightens our desire for those people. Annie first hears a reluctant Sam on the radio, after Jonah calls a psychologist’s radio show to get help for his grief-stricken father. Annie and Sam may live on opposite ends of the country, but everything from the Internet to fax machines to airplanes to old-fashioned postal mail are vital in getting the two to finally meet.

The film ends in a romantic setting that once was a technological marvel, a monument and symbol of the immense power of American modernism. On the Empire State Building’s observation deck, anything is possible, including love at first (or second, or third) sight. In the Blu-ray edition’s special feature “Love in the Movies,” a historian for the Empire State Building explains how popular the destination became for dates and marriage proposals after the success of Sleepless in Seattle. Ephron’s film may end up reifying the same romanticizing it tries to question, but why deny us a guilty pleasure?

This limited-edition Blu-ray from Twilight Time has a 3,000-unit batch, a bafflingly small number for one of the most memorable romantic comedies of the ‘90s. The transfer to Blu-ray, while a noticeable upgrade from the DVD package released a decade ago, contains a slight degree of strobing. This is more apparent in shots with darker landscapes, such as the office windows of Sam’s architecture firm in the opening scene. The film’s color palette also looks more muted than it should be, though sometimes it’s hard to tell if it’s the transfer or the naturalism of Sven Nykvist’s cinematography. The sound quality is intermittent. The dialogue and Marc Shaiman’s saccharine score sound clear, warm, and vibrant, but some of the soundtrack standards, notably Ray Charles’s “Over the Rainbow,” are grating in contrast, a problem inherited from the DVD.

This Blu-ray includes the same features from the 10th-anniversary collector’s edition DVD released in 2003, in addition to an isolated score track that was never included on the original DVD or soundtrack. For Nora Ephron fans, the audio commentary—also featuring her sister and co-screenwriter and producer Delia Ephron—is absolutely essential in learning about her many influences and cultural references in the production of the film.

Nora Ephron’s fictional universe is no less magical than the romance films it references, yet she imbues the film with a self-awareness that remains rewarding in spite of its contradictions.

Review: George Stevens’s The Only Game in Town on Twilight Time Blu-ray