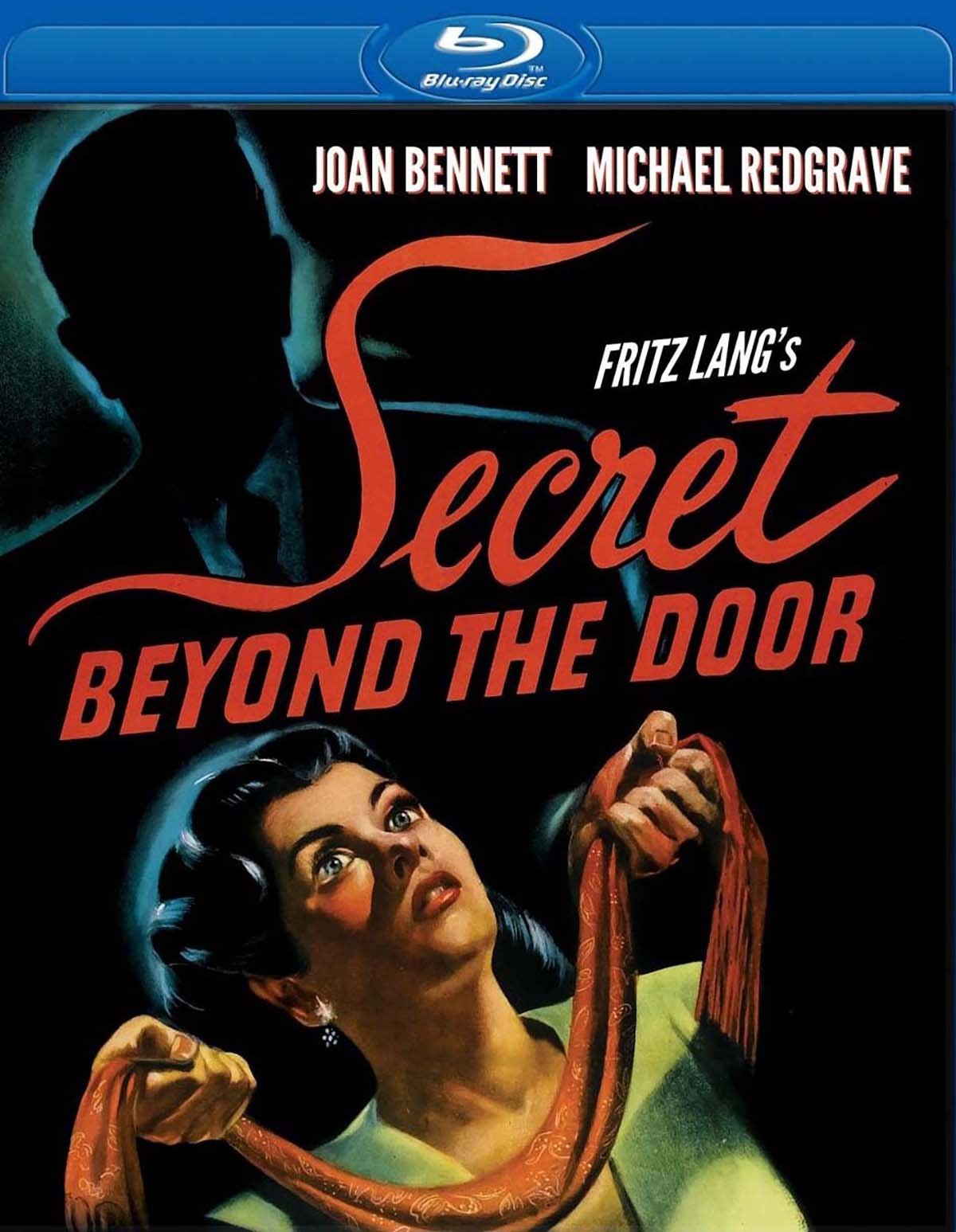 In the up-is-down world of Fritz Lang, even his minor films seem somehow quintessential—and not really all that minor. Secret Beyond the Door, which frequent Lang collaborator Silvia Richards adapted from a story by novelist Rufus King, is obviously a vogue-ish, late-’40s spin on the classic Bluebeard tale. In all particulars but the name, the script updates the French standard about the nobleman who’s murdered all of his past wives, and may be plotting against our heroine. With the bundle of British neuroses Michael Redgrave as the husband, and a good-hearted young bride, comparisons to Hitchcock’s Joan Fontaine diptych (Rebecca and Suspicion) are also unavoidable points of comparison.

Which is all very well, and the lines of influence line up neatly. But this is Fritz Lang, and Joan Bennett is the heroine, and those two factors change everything. The Fontaine roles, especially as she played them, didn’t lack for strength, but it was an inner strength, beneath a shell of necessary, porcelain gentility. If Secret Beyond the Door is about nothing else, it’s about what happens when you recast Mrs. de Winter or Suspicion’s Lina with a hands-on-hips, mama-didn’t-raise-no-fools wiseacre like, well, Joan Bennett. Picture Alice in Wonderland with Alice from Resident Evil.

And because this is Lang, in spite of the obvious story influences, everything has been razed and rebuilt in his image. This is a story told in architecture and equally schematic wardrobes. Mark Lamphere (Redgrave) speaks one of the themes aloud, regarding the relationship between space and psychology. (Recall Mad Men’s Bert Cooper telling Pete and Don about how a man is the room he’s standing in.) The template for Lang’s custom-built Bluebeard is, oddly enough, The Testament of Dr. Mabuse: His 1933 masterpiece, too, had a room that extinguished the lives of trespassers. The secret beyond the door is that the room is death, or it’s the absence of thing-ness, or the abysmal voids that boil beneath conscious thought.

Through the lens of pop psychoanalysis that—again, mostly thanks to Hitchcock—enjoyed a brief period of chic in American movies after World War II, Lang renovates and repurposes some of the Mabuse arrangements for a metaphor-heavy thriller about a blushing bride who fears her husband’s sex, and an austere, perhaps equally virginal husband who fears the same thing. It’s an eloquent gender flip on the central premise of Cat People.

Even for Lang, this is an odd duck: lovely, never five minutes away from some stunning shot, edit, or wardrobe decision, but very odd just the same. In a whisper that’s often pitched to the lowest listenable register, Bennett narrates the film, not in a breaking-the-fourth-wall audience address, but a rambling, self-doubting inner monologue, measured only to the present, never beyond. In the supporting cast, Anne Revere stands out in a role that’s almost avant-garde in its distance from her usual typecasting: A specialist in long-suffering, saintly maternal figures, Revere is the anti-Mrs. Danvers, a sharply-dressed and sharp-tongued (yet somehow kind) manager of the Lamphere estate, assembled from a handful of Lang’s finest acute angles.

The other upper-tier Lang the film resembles is Ministry of Fear, which was also about a man who fears that his (supposed) insanity has somehow infected the world around him. Often in Lang’s films, destiny is rendered by inscriptions of pure symbols: the chalk M, the illegible etching on the glass in The Testament of Dr. Mabuse, or the fatal leaf on the hero’s back in Die Nibelungen. By the 1940s, these had been replaced by very carefully chosen breakages and punctures: the handmade arrow in Man Hunt, Lionel Stander’s self-defenestration in Hangmen Also Die!, and the simple white dot against the black screen (a bullet) in Ministry of Fear. That last bit of business is reimagined for Secret Beyond the Door’s gothic art direction.

Like the 1944 film, Secret Beyond the Door ends on a note of happiness so abrupt as to seem almost sarcastic, even slightly surreal. But expectations that Lang should end his films with his customary fiery apocalypse are often overstated: Especially as his American career was on the wane, he often saw fit to reward his less operatic, pulpier heroes and heroines with due happiness and loving union, following a satisfactory contest waged against a particularly treacherous, Langian deathtrap.

The image on Olive Film’s Blu-ray is fine (a slightly speckled archival print with strong blacks and a slightly anemic grayscale), but the sound mix is unsatisfying. It’s clear enough, but the quiet stuff (Joan Bennett’s narration) skirts with absolute inaudibility, while the loud effects and music dance across the red line. Prepare to spend the film fiddling with your remote.

Insofar as every Fritz Lang film you haven’t seen is an undiscovered country, Secret Beyond the Door flies high over its seemingly anonymous place in the master’s 1940s phase.