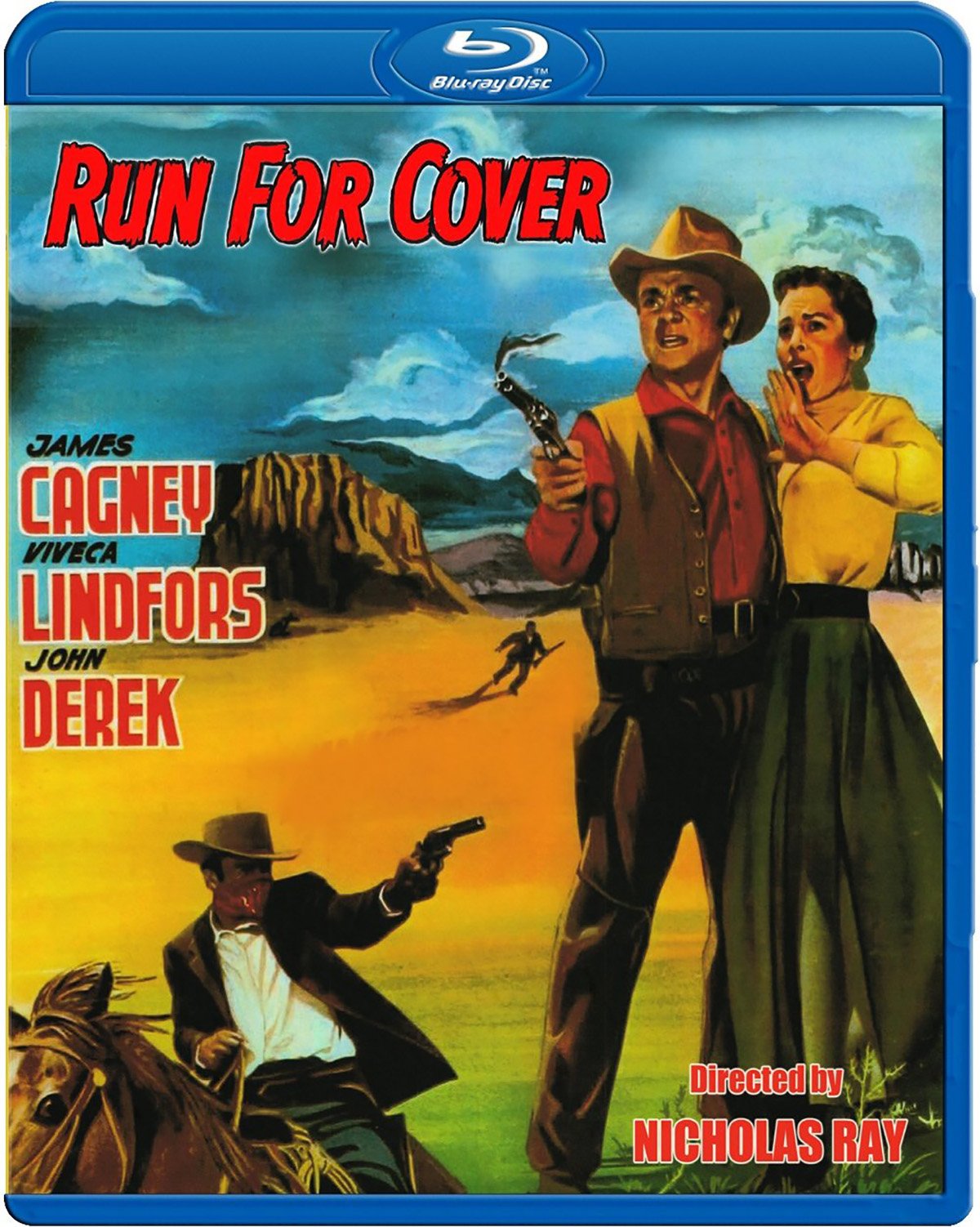 When Jean-Luc Godard famously declared, in his review of Bitter Victory, that “the cinema is Nicholas Ray,” the floodgates opened to unleash a surge of cinephilic and academic writing, mostly in the interest of trying to suss out the filmmaker’s elusive but inimitable qualities. Among the most valuable contributions is Jonathan Rosenbaum’s 1973 essay, which coined the phrase “Circle of Pain” as part of its title. From the beginning of Ray’s filmography to the end, from the helicopter shot that opens They Live by Night to Tom Farrell’s agonized shaving/self-mutilation close-up in We Can’t Go Home Again, the circle is an iron band, defining and insuperable. Or the circle is a river: Pain courses through even supposedly minor Ray films, held in check by tight-lipped stoicism, but just as often boiling over, dissolving skins, margins, and other lines of demarcation, with acidic properties. Thus is Ray’s cinema characterized by bondage and dissolution, two opposing tendencies that would spin with ever-increasing centrifugal force until they would obliterate the director’s already-fragile Hollywood career.

Run for Cover, seemingly overshadowed by the mountains that surround it—Rebel Without a Cause on one side, Johnny Guitar on the other, to name just two—doesn’t immediately appear to be in the same company as the bile-, blood-, and tear-soaked masterpieces that comprise Ray’s 1950s output. On the surface, it’s a two-bit, dashed-off horse opera that could easily have been given to Budd Boetticher, Fritz Lang, or Henry Hathaway; indeed, it opens somewhat like Lang’s Western Union and closes somewhat like Hathaway’s Legend of the Lost, and trades in some of the “frustration of a man trying to put his wayward past behind him” tropes common to Boetticher’s films.

After a simple enough first act that establishes the confrontation-based friendship between wanderer Matt Dow (James Cagney) and dissatisfied townie Davey Bishop (John Derek), much of Run for Cover isn’t really about what it’s about: the narrative line begun by a mistaken identity and a near-lynching stalls while Davey recovers from errant gunfire, and Matt pitches woo to the farmer’s daughter (Viveca Lindfors), and for quite a long while, we seem to be on an express train to hunky-dory. Predictably, threats to the common peace—and the characters’ happiness—eventually loom on the horizon.

Not so predictably, and this is in keeping with Ray’s work in general, the threats come from within the circle, as much as from without. Appointed sheriff by the town’s sheepish leaders, Matt ruefully discovers that the town suffers from maladies of moral fiber that are too strong, and too deeply rooted, to be defeated by his revolver, or his charismatic oratory. Although danger appears in the form of Native American war parties and crooks like Morgan (Ernest Borgnine) and Gentry (Grant Withers), the source of Run for Cover’s corrosive deluge is found in the smallest, most irreducible of relationship circles, the one that binds Matt and Davey.

There’s hardly a shot in the film that doesn’t show a character sporting some contusion, dressed with gauze or otherwise, from the man on the train whose head is wrapped in bandages from a previous hold-up, to Davey’s extended convalescence, to Matt’s seemingly endless series of bullet grazings. Ray’s images are similarly abundant with interruptions and material ruptures, from a train’s smokestack as glimpsed through a hole in the treeline, to the legs of an unfortunate, would-be stickup man, dangling across the frame’s uppermost edge. The devaluation of Matt’s force as a lawman, as he’s muted in the back of a tableau in which town elders count their earnings from a farcical non-trial, or nearly muted, later, by townspeople who are ready to misjudge him all over again, isn’t given satisfactory voice in the dialogue, even when it’s spoken by Cagney, viewed in an upward, hero angle. Rather, the spirit of angry disappointment is sublimated into the (otherwise contrived-seeming) revelations of the third act, and the rank artifice of the workmanlike script is propelled forward not by its own mechanics, but by the force of Ray’s personality. When Matt and Davey conceal themselves from a Native American encampment, they hear animal noises off camera. “Coyotes are feeding on your friends,” Matt observes—just a gentle reminder of what kind of world we live in. For an uncharacteristically by-the-book western, Ray certainly had no trouble refracting the frontier world through his own set of prisms, in effect photographing cancers and self-immolations beneath the surface of the Hollywood blueprint.

When New York’s Museum of Modern Art held a complete Nicholas Ray retrospective in 2003, Run for Cover was one of the most whispered-about titles, a rarity nearly on the scale of Ray’s “High Green Wall” episode for G.E. True Theater. The print was pretty worn, especially around the reel changes, and had a slight patina of crimson that indicates Technicolor emulsion on its way to the great puppy farm in the sky. That said, cinephile beggars quickly learn not to be choosers, and it seemed unlikely that such an opportunity would present itself again, anytime soon. Luckily, the heroic boutique home-video outfit Olive Films has given Ray’s 1955 western a bath, a shave, and a haircut, and it looks just splendid in 1080p.

If you keep your eyes peeled and stare at the screen for the entirety of Run for Cover’s 93 minutes, you’ll probably glimpse four or five isolated frames that have sustained any kind of damage or wear. If you watch the movie normally, you’ll probably miss them; Olive Films used handsome materials for their high-definition transfer of Nicholas Ray’s second—or fourth, depending on how you count them—entry in the western genre. As it’s been observed with Paramount and Warner’s discs of Hitchcock’s films in the format, VistaVision and Blu-ray get along like a house on fire. The image for Run for Cover looks a little ashen compared to that of the Hitchcock discs, but the high degree of clarity and depth more than make up for this minor quibble.

The audio is presented in a solid, no-frills Dolby mono track, with no additional options. It’ll sound a little flat if you’re accustomed to the open-road sensation of DTS tracks, but it’s well-mixed, clean, and damage-free.

None, not even subtitles.

As it’s sandwiched between cine-supernovas Johnny Guitar and Rebel Without a Cause, Run for Cover appears to be a stylistically modest, hired-gun horse opera, but, as Olive’s handsome, if no-bones, Blu-ray indicates, the film fairly oozes with the tempestuous emotions that point back to the auteur.

Review: Damiano Damiani’s A Bullet for the General on Blue Underground Blu-ray

Review: Eclipse Series 33: Up All Night with Robert Downey Sr. on Criterion DVD