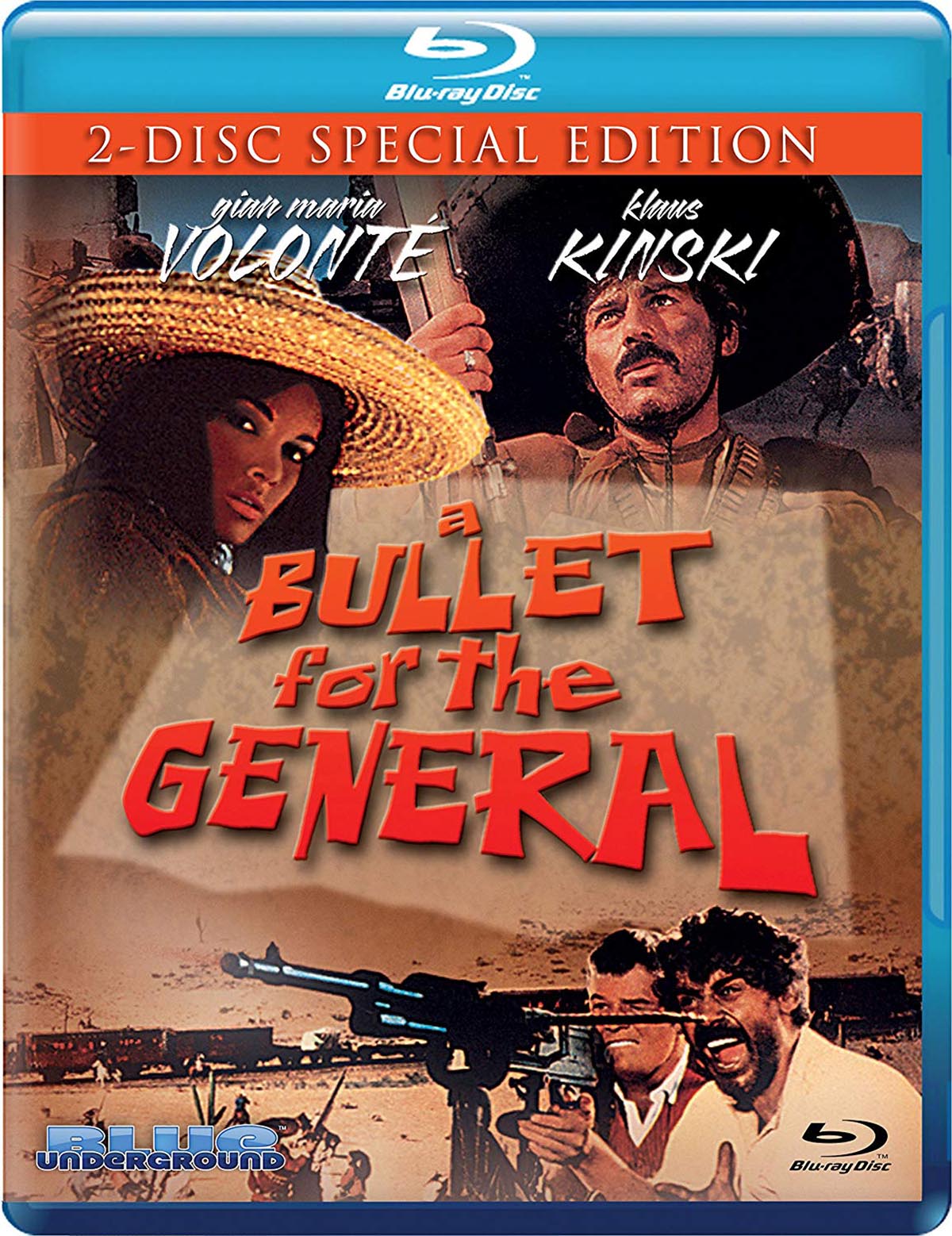 Deranged by gold, hot-blooded passion, whiskey, and revolutionary fervor, the moral compass spins wildly throughout Damiano Damiani’s A Bullet for the General, a gray-hearted spaghetti western that more closely resembles Cormac McCarthy’s Blood Meridian or Alex Cox’s mad 1987 film Walker than the flagship titles of the subgenre, Sergio Leone’s “Dollars” trilogy. A band of Mexican rebels, led by the wild-eyed “El Chuncho” (Gian Maria Volonté), wanders across the Mexican countryside with a vague plan to murder and ransack the Mexican army and then to sell their spoils to a nameless revolutionary general. During a train heist that opens the film, they’re joined by the gringo Bill Tate (baby-faced Lou Castel, then a breakout star, thanks to Marco Bellocchio’s Fists in the Pocket), whose motives remain unclear until much later in the film, when the stakes have been reweighed and shifted.

One of the most shocking moments of violence in the western genre takes place in the wordless opening of Howard Hawks’s Rio Bravo, a coldblooded killing that sets the barometric pressure for much of what comes after. The killings in Damiani’s film are often characterized by the same callous unfairness, as many of the rebel band’s victims include unarmed civilians or injured soldiers. In one case, a wealthy landowner’s death sentence is passed, but carried out during a narrative ellipsis, so that we don’t know what happened to him until the camera passes over his corpse during a wind-down of drunken revelry. The rebels quite clearly love the proletariat (peasants and prostitutes alike) as much as they hate both the bourgeoisie and its paid army, but Tate—who dresses impeccably, wearing a suit and a pair of leather gloves, in the manner of Jack Nicholson in Monte Hellman’s The Shooting—gradually begins to hint that he’s got an agenda that might not be healthy for the anarcho-hedonist spirit of El Chuncho’s crew.

Set in Mexico but filmed in Spain, like Leone’s westerns, A Bullet for the General balances its dizzying moral abyss with stunning landscape photography and a keen compositional sense. Even during complex battle scenes, Damiani, with editor Renato Cinquini, keeps the line of action and causality clear, which is all the more remarkable since it’s frequently difficult to keep a clear picture of where the characters are heading, what everyone seems to want, and what they’re actually thinking. When the momentum lags, the contrast between the leads’ performance styles—Volonté’s silent-cinema intensity and Castel’s vampiric knowing-ness—is more than enough to keep things afloat.

A mixed bag. When the screen is filled with the vastness of open roads and rocky terrain, Blue Underground’s high-definition transfer, which uses nearly flawless materials, is quite glorious. When humans enter the frame, especially during night scenes, faces and objects seem a little frayed, though there isn’t much evidence of edge enhancement. Nevertheless, this gets a pass for the sheer vividness and clarity of colors, and the jaw-dropping wide shots. The DTS mono tracks (English and Italian, though the difference is often negligible, since the characters frequently switch to English and Spanish with no explanation) are strong and resonant, given the imperfections in the original recording and mixing.

No commentary here, but Blue Underground did honest work by including an interview with Damiano Damiani, and a bonus disc containing “Gian Maria Volonté: Un Attore Contro,” an entertaining and informative documentary on the vastly underrated star of movies by directors as varied as Sergio Leone, Jean-Pierre Melville, Francesco Rosi, and Elio Petri. Clips from Volonté’s work are shown, as well as tributes by collaborators. The disc with “Un Attore Contro” is a DVD; the Blu-ray presents A Bullet for the General both in its 118-minute international version, as well as the U.S. release version, which is three minutes shorter.

If all you know of the spaghetti western is Sergio Leone, Damiano Damiani’s A Bullet for the General, presented in a largely satisfactory Blu-ray from Blue Underground, is an excellent reason to look beyond the holy “Dollars” trinity.