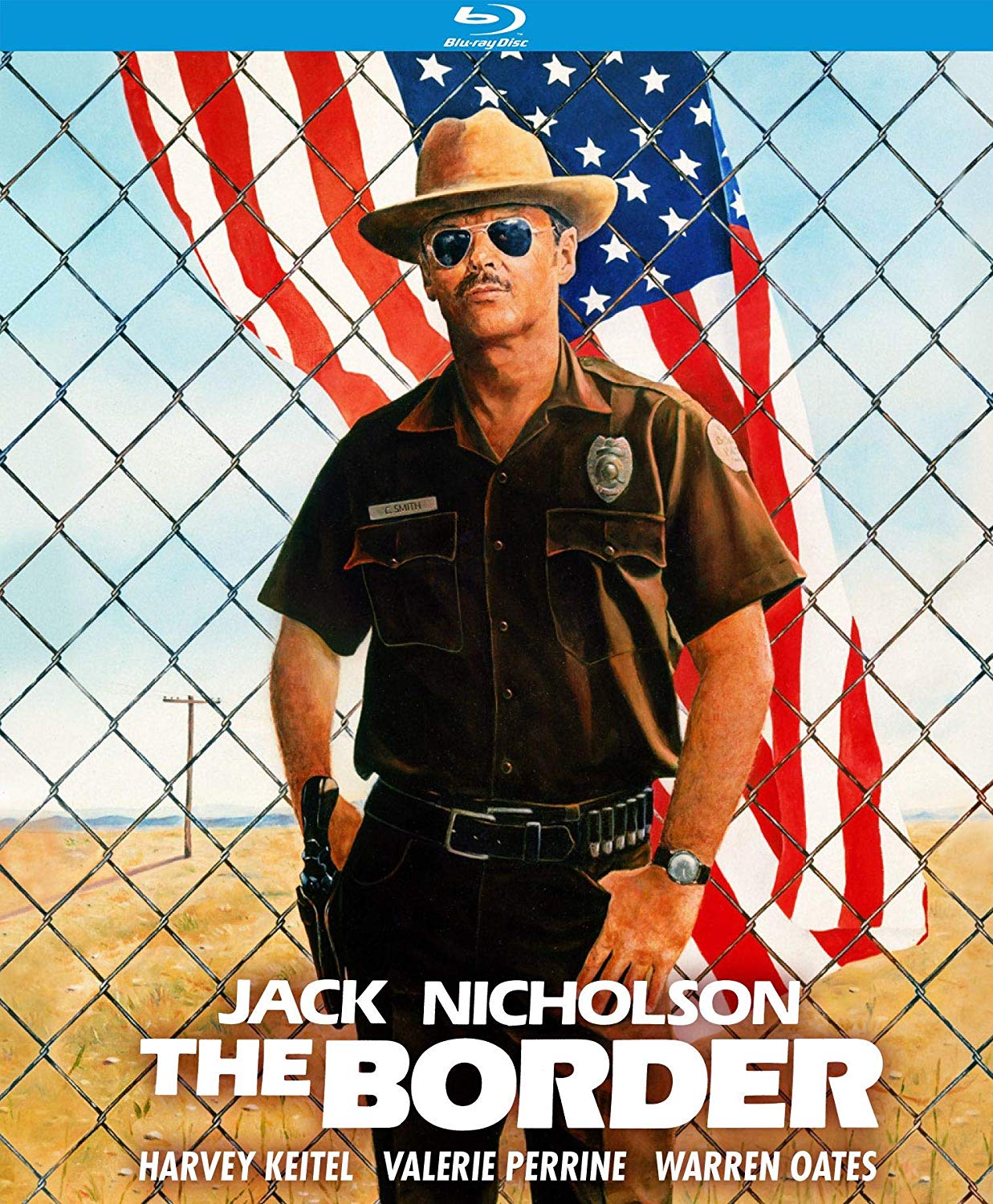 Set on the boundary separating El Paso and Mexico, Tony Richardson’s hallucinatory 1982 film The Border concerns border agents who capture Mexicans as they sneak into America and sell them to farmers and businesspeople. It’s a matter of money, and no one involved in the transactions—including the Mexicans trying to dodge persecution—has any illusion about the prominence of law or humanity in the various shakedowns, arrests, and secret negotiations that characterize life on this line. And Richardson, a legendary figure in the British new wave of the 1950s and ’60s, homes in on the daily quotidian of this ecosystem, evading many of the tropes of the “issues movie” until the third act. He marinates in the anger and boredom of the societies on both sides of the border—from the gaudy duplexes and shitty bureaucratic offices and cages of the agents to the shanty towns of the Mexicans. This resistance to three-act plotting expresses the rootlessness of the characters, which is intensified by Ric Waites and Vilmos Zsigmund’s wandering, feverish camerawork.

However, the film’s unsettled feeling is most memorably embodied by Jack Nicholson’s performance as Charlie Smith, an immigration enforcement agent who’s new to El Paso, there to placate his wife, Marcie (Valerie Perrine), with an alternative to their double-wide trailer. Nicholson was only a few years removed from his misunderstood performance in Stanley Kubrick’s The Shining, in which he brought the ferocity of his legendary run of ’70s-era performances to a startling apotheosis, and so his restraint as Charlie comes as a shock. Charlie is soft around the middle, a little slow on the uptake, and has reached a point in his life when he doesn’t bother to express most of what he’s feeling, particularly to Marcie, a dim housewife and materialist who still commands his lust but not his respect.

The alpha of the film, then, is Cat (Harvey Keitel), a border agent who’s also Charlie and Marcie’s new neighbor. Keitel, as taut and wiry here as he is in his early collaborations with Martin Scorsese, often emanates the danger that we expect from Nicholson, and these actors turn Charlie and Cat’s scenes together into something resembling volatile dances. Nicholson consciously allows Keitel to dominate certain moments, while signaling a gradual eruption that will restore to Charlie the actor’s great and classic force.

The Border is marvelously detailed. The script, by Deric Washburn, Walon Green, David Freeman, is peppered with lively obscenities and slights that communicate the debauched cynicism of this world. When Cat suggests that Charlie get his uniforms tailored, we’re allowed to feel the subtle dig at Charlie’s weight, and to discern the hook that’s being planted for Charlie to spend more money—to get himself in deep with Cat’s slave operation.

The other agents are mostly cogs in a machine, a few of whom are capable of surprising acts of decency. One agent talks of capturing the Mexicans at a certain time so that they don’t have to wait in the water of the creek they cross. Though Charlie and Cat’s boss, Red, played by Warren Oates with a terrifying euphemistic pragmatism, is adept at putting a back-slapping face on atrocity—and Oates, who also eclipses Nicholson in certain scenes, allows one to understand with only a few fleeting gestures that this is a man who can kill. Red is a dandy as well, dressed in his best western frocks for his birthday, a celebration that’s particularly gaudy considering how the money that enables it has been made. (Even the swimming pools at these houses glow with malevolence, as the water is so artificially blue it’s sickening.)

Richardson eventually indulges a revenge formula. Maria (Elpidia Carrillo), whom we’ve seen throughout the film, is a young Mexican woman in and out of trouble with the border officers, and Charlie is drawn to her beauty and purity. When Maria’s baby is kidnapped by Manuel (Mike Gomez), a Mexican selling out his own people, Charlie springs into action, suggesting the traditionally faded sheriff who has one last fight left in him. The Border loses a bit of its snap in the final act, as Richardson’s glancing observational style doesn’t serve traditional thriller mechanics. Some of the plotting—particularly a few betrayals—are vaguely motivated, and it’s disappointing to see the film’s careful mood of hopelessness violated. The climax, however, is a hauntingly pitiful gunfight, with sand blowing all through the air, seemingly threatening to swallow all these tarnished officers up into the ground. And though the film arrives at a qualified happy ending, Charlie’s final act of heroism is understood—presciently—to only be a needle in a haystack that’s been allowed to grow to operatically evil proportions.

In a new audio commentary, film critic Simon Abrams provides a full portrait of the making of The Border, citing news stories that inspired the film’s topical plot, as well as sources like Tony Richardson’s autobiography. Abrams discusses the actors’ strike that endangered the film, Ric Waites’s replacement of Vilmos Zsigmund as cinematographer (though Zsigmund returned for reshoots), Robert Blake’s original involvement in the project, and the various interrelationships between the filmmakers and the cast. Abrams offers a fascinating and informative lesson, and he makes a refreshing case for Nicholson’s largely underrated post-1970s career. This is the only supplement on the disc, but it makes for a full meal.