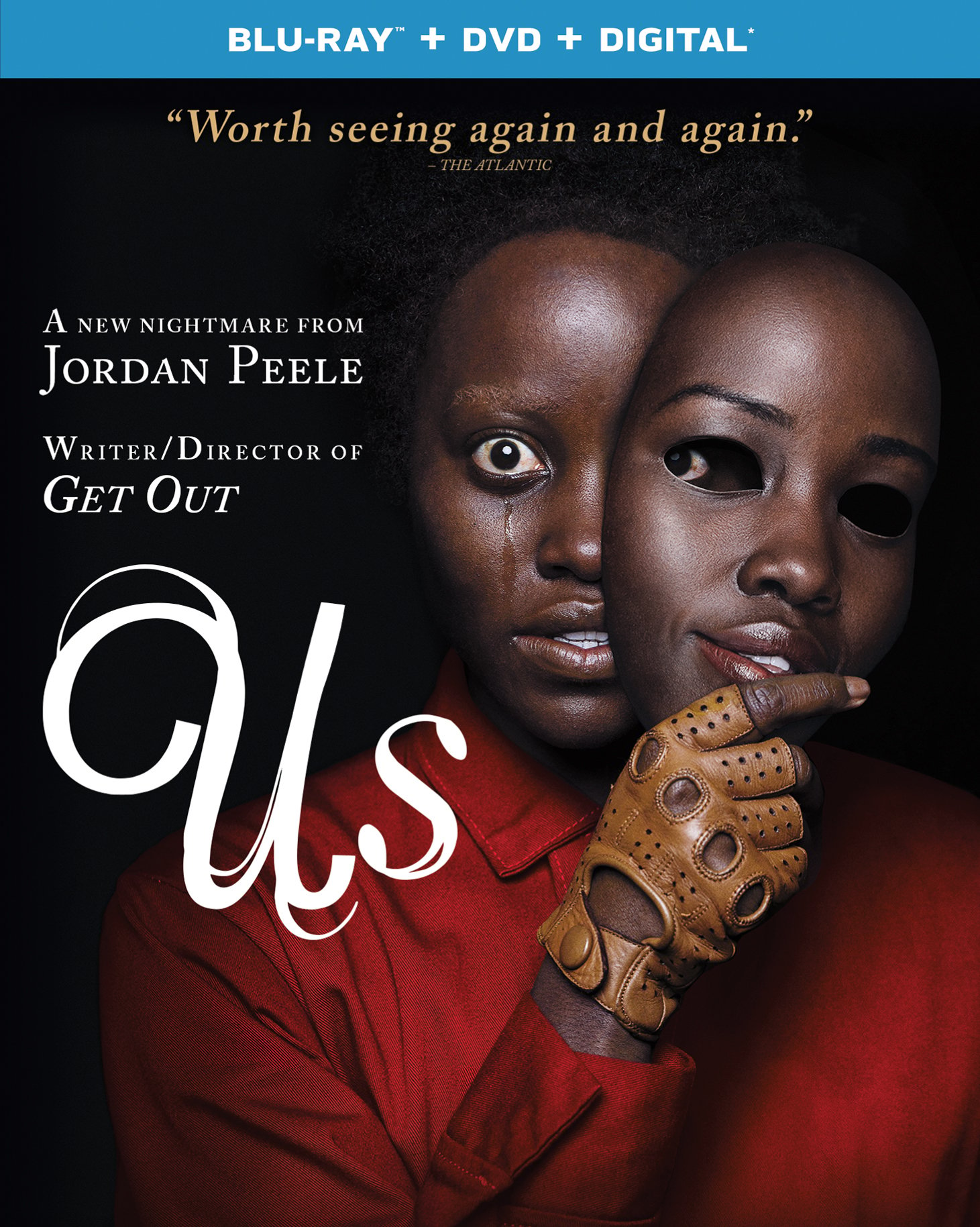 Jordan Peele, like Christopher Nolan and M. Night Shyamalan, is an intelligent and ferociously earnest and ambitious filmmaker who’s also seemingly incapable of rendering a raw or spontaneous texture. In their films, one sees the due diligence to the point of envisioning a chalk board listing symbols and images, with themes circled and underlined somewhere near the center. These directors have all worked on genre films, but so far they’re incapable of conjuring an aura of chaos that’s particularly essential to thrillers.

Peele has a flair for high concepts, which, when given room to breathe, are capable of blossoming into startling metaphors. Get Out’s “sunken place,” accessed via an insidiously suppressive limousine liberal’s teaspoon, is a haunting and concise encapsulation of the ongoing legacy of American slavery. Peele’s second film, Us, suggests that the sunken place is physical: composed of the abandoned subways and railroads that run underneath the country, imprisoning the underclasses, our disenfranchised brothers and sisters whom we choose to ignore. Audiences who’ve pretended not to see homeless people on the street while playing with their expensive phones and drinking their six-dollar coffees—that is, those of us who are middle class or above—should viscerally grasp the social ramifications of Peele’s premise.

There are countless Easter eggs in Us, and Peele casts them in a sinister light that’s especially tangible on a second viewing, once you’re acclimated to the mythology of the underclass, which Peele calls the “tethered.” A boardwalk carnival—the distractions of pop-culture incarnate—is eventually revealed in Us to be built atop a portion of the laboratory that imprisons the tethered. In the film’s prologue, Peele, in the supplest filmmaking so far in his career, hypnotically tracks young Adelaide (Madison Curry) as she wanders away from the carnival, watching a storm drift into the Santa Cruz beach. She’s holding a candy apple, which connotes the poisoned apple of fairy tales, while wearing a recently procured Michael Jackson Thriller t-shirt. Adelaide is a hypnotized consumer, then, of laundered symbols of atrocity: Those fairy tales, made approachable by Disney, were once ultraviolent cautionary stories, derived perhaps from real crimes, and Jackson might’ve been a real monster. And carnivals are infamous for grift and vice, selling cheap trinkets that can often be linked to global slavery.

Us suggests pop culture as a master of our souls, an idea that’s unnecessarily literalized by the third act’s exposition. In Peele’s subtlest scenes, the family at the center of the narrative—grown-up Adelaide (Lupita Nyong’o) and her husband, Gabe (Winston Duke), and children, Zora (Shahadi Wright Joseph) and Jason (Evan Alex)—subconsciously play out scenarios from famous films. When Gabe tries to kill an attacker aboard his comically crummy boat, a failed status symbol, he uses a flair gun in a gesture that recalls the chilling climax of Phillip Noyce’s Dead Calm, but with differing results. When Jason disappears on the same Santa Cruz beachside that once caused Adelaide so much trouble, Peele stages the mother’s escalating panic in a manner that recalls Chief Brody’s exertions in Jaws, which is foreshadowed by Jason’s t-shirt celebrating the Spielberg film. Later, Adelaide and Winston’s yuppie friends, Kitty and Josh (Elisabeth Moss and Tim Heidecker), are murdered to the strains of the Beach Boys’s “Good Vibrations” and N.W.A.’s “Fuck Tha Police.” In each case, the pop culture that makes real-word atrocity consumable has been rendered dangerous again by the tethered.

However, Us is almost all signifiers, which aren’t given enough free-associative reign. Peele stuffs his subtextual dressing into a siege scenario, failing to utilize a promising gimmick. The tethered are truly us, our doubles, and so the family at the heart of the film is chased by evil versions of themselves. Amazingly, Peele does nothing with an unsettling idea: that a family might be driven to kill itself, which might lead to the exorcism of demons. What if Adelaide had to fight evil Gabe, referred to as Abraham, and what if that action echoed something unacknowledged in their relationship? What if one of the parents was driven to kill one of their mirror children? George Romero plumbed such ideas in his Dead films, and so did Lee Cronin and Jim Jarmusch in The Hole in the Ground and The Dead Don’t Die, respectively, to name two other horror films released just this year.

For Peele, the tethered are subhuman ciphers, basically zombies who’re somehow super-strong and agile despite being raised in a glorified penitentiary and forced to eat raw rabbits. This denial of the tethered’s humanity is curious, given that the film is called Us and is about the people we conveniently, well, dehumanize. Over the course of the narrative, the details of the tethered become increasingly absurd: They wear prison jumpsuits, which itself is a resonant idea, and carry golden scissors and don a single glove in a bid for movie-monster iconography (though the glove is also probably another reference to Michael Jackson). Most of the tethered appear to be incapable of speech, while Adelaide’s double, Red, talks like Jacob Marley from a community production of A Christmas Carol. (The only double with emotional stature is played by Moss, who manages to suggest, with a demented smile, the bitterness that this being is finally allowed to satiate.)

Us is also hamstrung by Peele’s timidity. Like Steven Spielberg, his need to be liked limits his ability to mine the horror genre’s propensity for cathartic savagery. Get Out trivialized its racial themes with an embarrassing happy ending, and Us often runs in circles, with characters repetitively knocking monsters out and escaping so that no one we like has to die. Later, the unsettling simplicity of the third act’s strongest imagery—in which we see the pared-down industrial labyrinths of the tethered—is gummed up with a montage in which Adelaide and Red’s final fight is cross-cut with footage of the truth of Adelaide’s abbreviated dance career (which is meant to remind us that the tethered, who’re only subhuman monsters when convenient to the script, also nurture and control their counterparts). Us is a conflicted and over-stuffed fetish object, a warning against consumption that’s eager to be consumed. Which is to say that the film is the plutonic ideal of cinema in the think-piece era.

This transfer boasts an image with rich, gorgeous, nearly viscous colors, especially the reds and the industrial grays. The prisms of light in a carnival scene are pristine, and there are many subtle variations of darkness in the film’s nighttime landscapes. There’s also a healthy amount of grit, especially in the vintage-looking ‘80s-set scenes. The soundtracks are equally impressive, with immersive and frighteningly multi-planed soundstages. Thunder crackles like a shotgun blast, while the careful treading of intruders almost subliminally prepares us for their attack. The film’s sound effects are also mixed very capably, sometimes nearly indistinguishably, with its elegant score. On a technical level, this disc offers a spotless presentation of a significant new Universal Pictures title.

Several formulaic short featurettes see the film’s principles talking about the pleasure of making Us and expounding on its themes. The most diverting of these extras discusses the tricks involved in “doubling” the various actors. More interestingly, the deleted scenes indicate the better film that might’ve been left on the cutting room floor. An extended sequence allows us to see young Adelaide and her double as they dance in their respective worlds. In this longer version, we feel the awe and pain of each girl, and experience the wonder of the tethered as they witness this performance. It’s a pity that this sequence is chopped to bits in the final cut of Us and turned into counterpoint fodder for a fight scene. In another short moment, young Adelaide is seen in the world of the tethered right after she’s been kidnapped, meeting her shadow parents for the first time. In a matter of seconds, Peele taps into the emotional perversity of his premise, which he too often reduces to fodder for slasher-movie chases.

Universal outfits Jordan Peele’s neurotic, fatally self-conscious Us with a luxurious transfer that should please fans of the film.