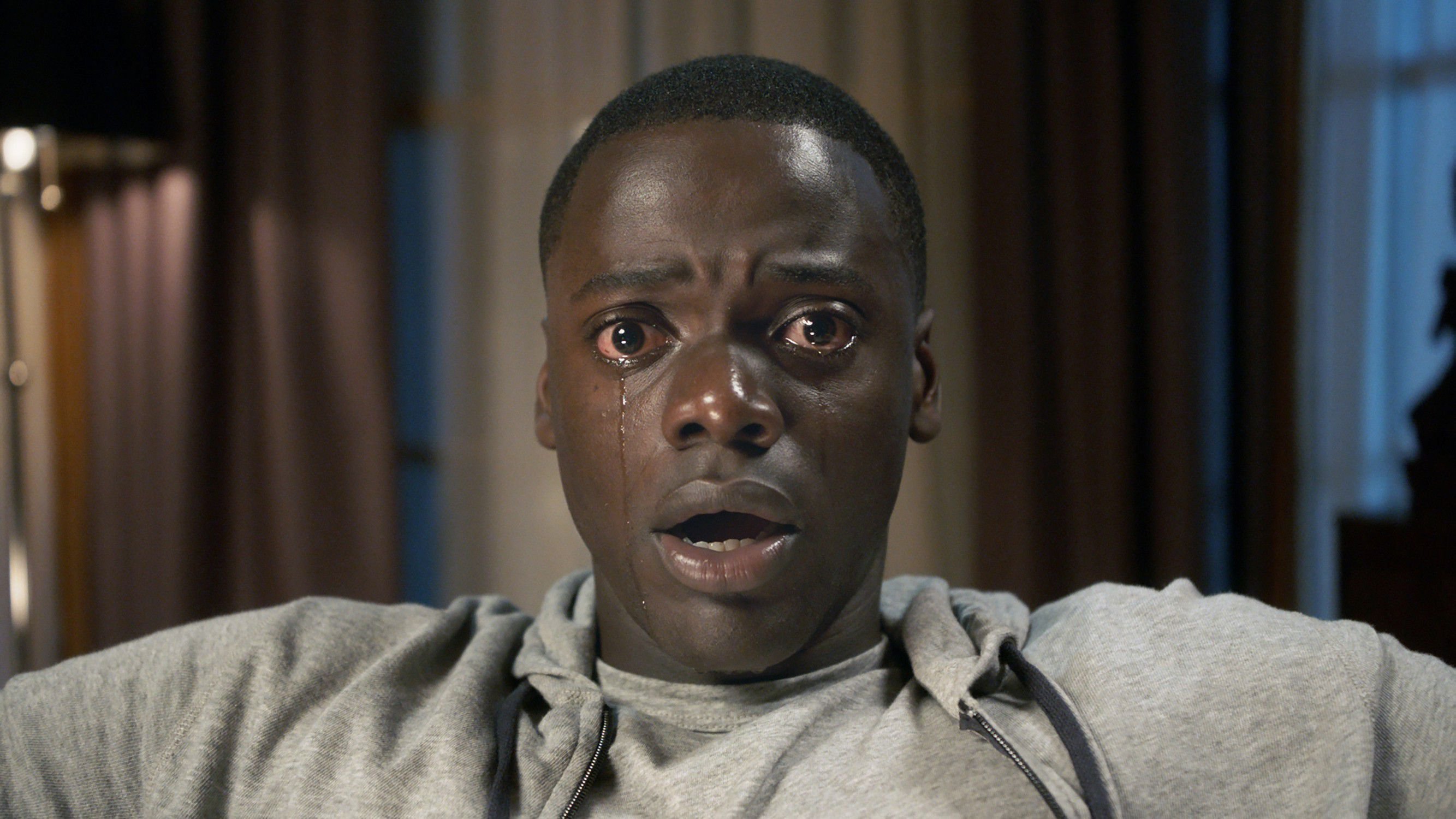 Race, as any undergraduate student can tell you, is a social construct, a collective fabrication which cannot be defined by reference to biology alone, and yet at the same time its existence is a brutal, undeniable fact. Or, as socialist activist Brian P. Jones has put it, “It’s real in the same way that Wednesday is real. But it’s also made up in the same way that Wednesday is made up.” Knowing that race is a sham doesn’t make it suddenly disappear because race is simply the ideological manifestation of a vast network of interlocking systems, actions, and beliefs known as white supremacy.

Though they’re the beneficiaries of this system of racial oppression, the white characters in writer-director Jordan Peele’s ambitious, tightly controlled debut feature, Get Out, would never consider themselves racists. They’re WASP-y upstate liberals who heap much praise on Tiger Woods, and they probably do believe that they’d vote for Obama for a third term if they could. But they’re also the sort of people who rarely interact with a black person who’s not serving them a drink. They’re fascinated by blackness but deeply afraid of it unless it can be controlled, mollified, used to their own ends.

Chris (Daniel Kaluuya) is thrust into this world of white privilege when he travels with his girlfriend, Rose (Allison Williams), to spend the weekend with her parents, Dean and Missy (Bradley Whitford and Catherine Keener), at their home in upstate New York. With its white columns and rocking chairs on the deck, the house has the aura of a plantation, a feeling enhanced by the Armitages’ eerily robotic black servants, Georgina (Betty Gabriel) and Walter (Marcus Henderson). The air is thick with unacknowledged racial anxiety. Dean’s comments to Chris, while outwardly hospitable, are tinged with unctuous condescension, while Rose’s MMA-obsessed brother (Caleb Landry Jones) gets drunkenly aggressive and challenges Chris to a mock fight.

Things get even stranger when, later that night, Chris pops out for a smoke only to find Walter racing across the lawn. When he heads back inside, Missy is waiting for him and draws him into a late-night hypnosis session to cure his smoking habit. It also so happens that Chris is visiting on the weekend of an annual gathering at the Armitages’ home, where he’s forced to endure the company of even more white people and their patronizing questions and inane comments. After a strange occurrence with the only other black guest at the party, Chris begins to suspect that something more nefarious than simple white cluelessness about race is afoot, and he will be proved correct (though exactly what’s going on won’t be spoiled here).

Throughout Get Out, Peele incisively probes the connection between the racism of the “liberal elite” and good old-fashioned white supremacy, connecting the status and privilege of wealthy white Americans like the Armitages to the use and abuse of black lives, and remarkably does so while balancing a tricky mix of comedy, horror, science-fiction, and satire. The whole thing plays out like an episode of Black Mirror as written by Paul Mooney, with Peele looking extraordinarily confident behind the camera, demonstrating a sketch comedian’s knack for economy and escalation, while developing a tightly coiled tension that still leaves room for plenty of exasperated laughs.

Though the film is peppered with the occasional jump scare and makes a last-act transition toward all-out horror, Peele is less interested in terrifying us than in carefully heightening the suspense through the meticulous unspooling of his central conceit. The screenplay is essentially structured around a single big idea, an approach which has its limits, rendering the characters as cogs in the screenplay’s machinery, with only as much shading and psychological depth as is necessary to serve said big idea. After a certain point, about halfway through the film, it becomes relatively clear what that idea is, at least broadly, but Peele still hooks his audience by persistently forcing us to ponder not just what’s happening, but what its meaning might be and how we’re implicated in it. And the answers, of course, aren’t pretty.

Review: As You Are