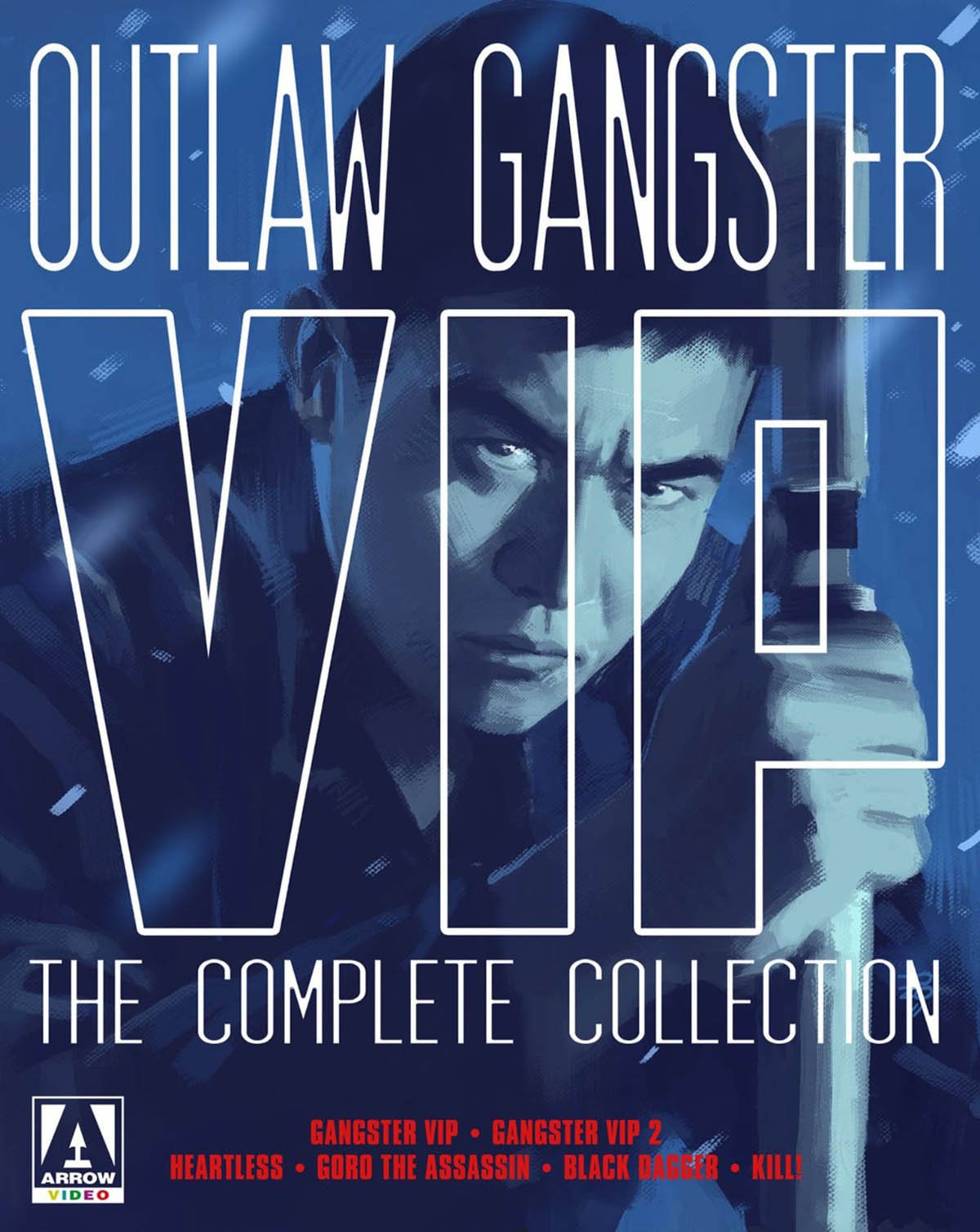 “Why does a yakuza have a lonely heart?” asks the theme song of Nikkatsu’s six-part Outlaw series, and it’s representative of the series’s aesthetic as a whole, equal parts romanticized gangster saga and gonzo melodrama. Each film follows Goro (Tetsuya Watari), a leather-jacket-clad assassin with a proclivity for violent retribution and doomed romance. Outlaw: Gangster VIP opens in black and white, with an adolescent Goro taking hard knocks from local street toughs and witnessing his mother turn tricks on a nightly basis. In a broad sense, the entire series addresses a transition from one cultural condition to another, with Japan transitioning from immediate postwar economics into the emergent influences of Westernization, and Goro morphing from traumatized child into hardened killer. Once Goro comes of age in the first film and assumes the role of reliable assassin, director Toshio Masuda quickly makes sense of a Goro’s will-to-violence as one of modernization’s nurturing effects, especially in night scenes where streets are littered with neon lights and posters of pin-up girls. The excess on display matches Goro’s insatiable bloodlust, especially when his late-film dispatching of numerous baddies culminates with an orgasmic form of stabbing.

Masuda makes allusions to classical forms of drama by having characters killed in nearly ceremonial fashion, as a means of amplifying the tragedy of their sudden ends. There’s a push-pull effect between the present and past, so that in Outlaw: Gangster VIP 2 Goro flees to a snowy countryside in an attempt to retire from his sword-wielding ways. However, there’s never any real doubt that Goro will once again kill for justice. In fact, unlike the samurai in Kurosawa or Mizoguchi’s films, Goro brandishes his steel with anticipation for exercising his bloodletting skills, which start to take on a sadistic tenor toward the end of the second chapter.

Accordingly, the series prompts an imperative question: To what extent are the films commenting on or reveling in Goro’s gore fests? That answer, at least after the first two entries, tends toward the latter, with the series’s trademark set pieces in Outlaw: Heartless and

However, Outlaw: Goro the Assassin, the fourth film, features some of the series’s most acute spatial dynamics and articulation of its themes pertaining to violence. After a stint in prison, Goro returns to a familiar town to deliver a message, but becomes sidetracked by stopping into a strip club that, in the first film, was a performance theater. When he asks the cashier about the change, she retorts: “No one remembers such ancient history.” The line has a two-pronged effect: on the one hand, it calls into question Goro’s (and the film’s) relationship with history as his means for claiming a personal identity, and on the other, it functions as a metatextual joke on the idea that theater patrons attending these films (the Outlaw series) would be so forgetful, especially because all of these films were made and released over the span of a year. In fact, audiences would presumably have a very acute memory of every Outlaw film; they are hardly “ancient history.”

At a minimum, the exchange between Goro and the cashier reflexively speaks to the series’s use of narrative repetition as a marketing ploy, but also as a means of remembrance for Goro, whose chapter-by-chapter killing sprees can be understood as relived attempts to regain something lost (innocence? compassion?) from his past. To that end, Outlaw: Kill!, the final entry, recognizes Goro’s existential confusion with a bit of levity through the series’s best exchange: When a thug shouts, “I’ll kill you,” at Goro, he coolly retorts, “You’d better not. You might get hurt.” Goro’s terse warning, where the proposed pain could be either physical or psychological, simultaneously speaks to the anxieties of the main character, whose entire mission throughout these films seeks a seemingly irreconcilable harmony between traumatized mind and vengeful body.

Though these high-definition transfers lack the resolution 2k or 4k scans would bring, the image looks consistently sharp and free of filmic artifacts. Moreover, color saturation, especially in exterior shots with neon lights, appears delicately balanced to maintain a clear delineation of space and figuration, from the foreground to the background. Similarly, the 2.35:1 anamorphic widescreen looks properly formatted, without signs of compression or widening at any point. The monaural soundtracks are equally robust, finely balanced, and do not overcompensate for the single-track mix. Subsequent scans using more advanced technologies may improve these traits, but these are exemplary transfers and representative of Arrow’s continued dedication to high-quality audio-visual efforts on all of their releases.

Considering the number of films involved, it’s a little underwhelming to see only two major supplements, though they’re informative and comprehensive in their own right. A commentary track on Outlaw: Gangster VIP by Jasper Sharp not only explains the series in terms of origins and production, but delves into a deeper history of production company Nikkatsu’s business practices and emergence as a primary figure in Japanese film production. Those looking for sustained, scene-by-scene analysis will surely be disappointed, but Sharp supplements the film with a context that necessarily explains how these films, and others like them, came to be one of Nikkatsu’s primary objectives during the mid-to-late ‘60s. Equally insightful, a video essay by Kevin Gilvear examines all six films and finds links between them, primarily charting the differing actions of Goro in each and how the series treats its cast members from chapter to chapter, often recycling players from one segment to the next. The set also includes all six original trailers, image galleries for each film, and an excellently designed and detailed booklet featuring essays by Gilvear, Mark Schilling, and Chris D.

Review: The Kennedy Films of Robert Drew and Associates on Criterion Blu-ray