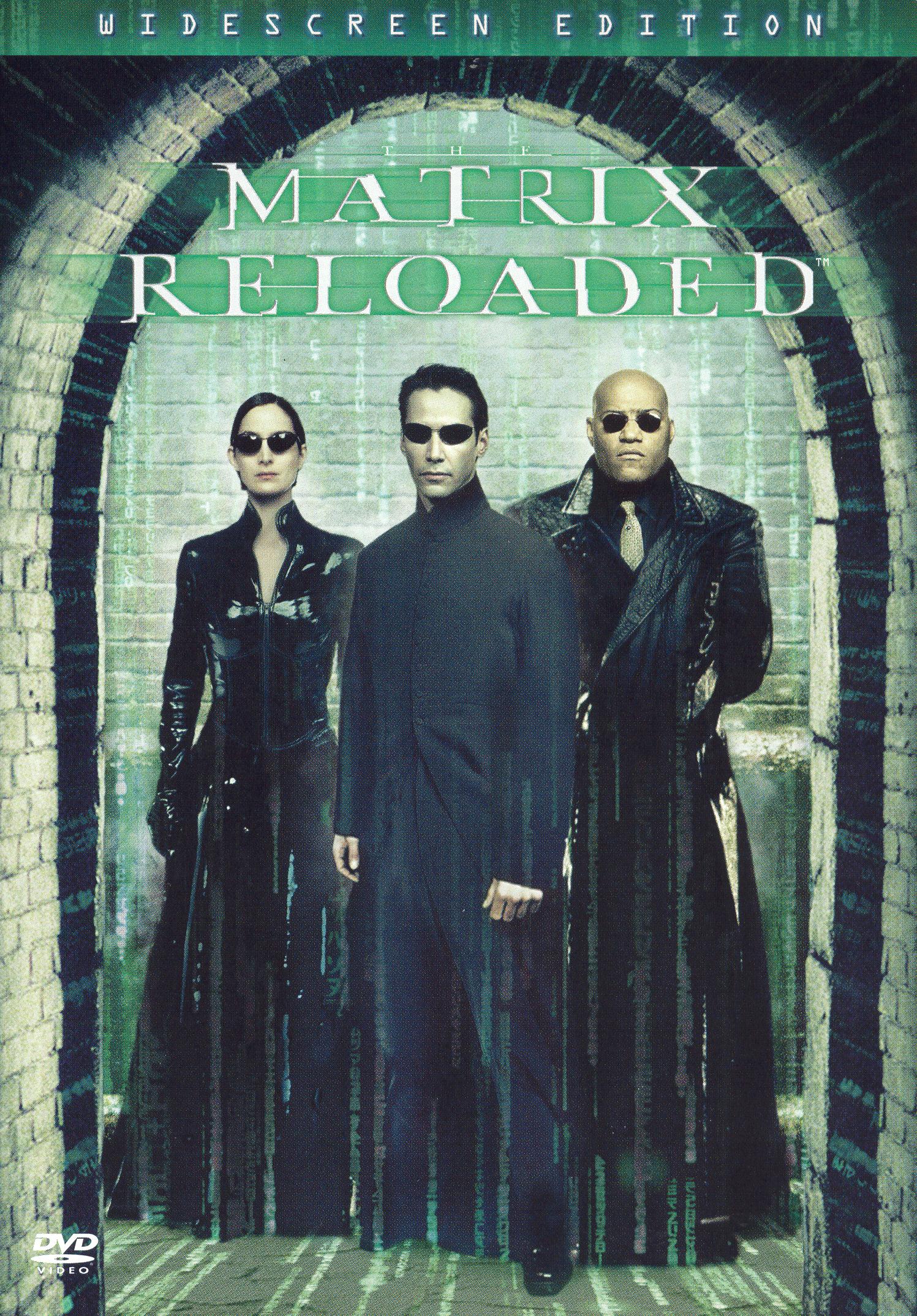 The Wachowskis’ The Matrix has achieved a baffling cult celebrity since its release in 1999, and its “bullet time” innovations have been the source of unending worship and parody. The press notes for Matrix Reloaded repeatedly extol Andy and Larry Wachowski for creating a hyper-kinetic dialectic that intersects philosophy, religion, mathematics, mythology and various other texts. But what does The Matrix say that hasn’t already been said millions of times in dorm rooms across the country occupied by computer science majors stoned out of their minds? Matrix Reloaded offers more of the same: a barrage of kick-ass special effects frequently and embarrassingly punctuated by trite philosophical thought tailor-made to make Keanu Reeves go “Whoa!”

The plot goes something like this: Zion (think “Fraggle Rock” meets Jennifer Lopez’s “Waiting For Tonight” video) is about to be invaded by thousands of probes (and clones of Hugo Weaving’s Agent Smith). The story is served by the Wachowskis with enough pretense to ensure that their audience will “zone out.” Perhaps the goal here is to numb the spectator enough so that the elementary diatribes about “fate” and “choice” will rattle the philosophically unwashed nerd that much more. Not that a deliberate discussion of free will in a summer action film isn’t desirable, but if Matrix fans are seriously interested in what the Wachowskis have to say, why not check themselves into a Philosophy 101 class or, better yet, a Tibetan monastery?

Luckily, there’s a certain humor beneath many of the sermons the characters give throughout the film. Weaving delivers his lines as if he were doing spoken word, and as such the “do you or don’t you” philosophy of the film is that much easier to suffer. Merovingian (Lambert Wilson) breaks things down for Neo and the gang over French, um, freedom cuisine and red wine. He goes on to liken cursing in French to “wiping your ass with silk.” (Now, if only we could see him telling that to Dubya!) Neo (Reeves) encounters a man toward the end of the film that, true to his name, constructs sentences as elaborately as he does the world around him. The man’s verbosity is tiresome but the rigidity of the dialogue and surrounding mise-en-scène is evidence of the Wachowskis’ loyalty to their machine.

The Wachowskis are obviously fascinated with the choices their characters make yet they fail to recognize the ramifications of their own narrative decisions. The Zion shown in Matrix Reloaded is a cultural intersection clearly open to all people and religions. This “rainbow coalition” would be easier to admire if it weren’t for the way the Wachowskis fetishize black culture and African tradition in celebration of white lovemaking. After Moses, err, Morpheus (Laurence Fishburne) addresses the people of Zion, they launch into an African song and dance routine set to Oakenfold techno and punctuated by shots of Neo and Trinity (Carrie-Anne Moss) fucking like bunnies. Still, the sheer ludicrousness of the execution has a way of trumping what is clearly unintended insult.

The late Gloria Foster (who, like Aaliyah, died during the shooting of the film) appears again as the Oracle. The Wachowskis have taken the Aunt Jemima out of the Oracle but they’ve still kept her in the ghetto. Noble as it may be that the brothers have situated a black woman as a source of infinite wisdom, doesn’t the Oracle at least merit a penthouse apartment? One could make the argument that the world within the Matrix is seen through Neo’s eyes and therefore his prejudices, but the Wachowskis themselves never seem to debate let alone acknowledge this point. And why name Jada Pinkett Smith’s independent black woman after Niobe, the queen of Thebes? Anyone can write college essays and books (and they have!) about the infinite shout-outs the Wachowskis make to mythologies and religions throughout these films, but what’s the purpose of this overall smorgasbord if it doesn’t even give the film’s violence a context?

And then there’s the film’s violence. Because countless films have tried to mimic Neo and his gang’s spectacular, gravity-defying antics over the years, Matrix Reloaded has a hard time distinguishing itself from some of its clones; nowhere is this more tiresome than in the endless dive Trinity and Agent Thompson (Matt McColm) take from an office building. If you’re rational enough to see that the Matrix Reloaded is philosophically inconsequential, at least submit to the film’s sure-to-be-classic highway sequence, cheesy techno music and all. After finding the Keymaker (Randall Duk Kim) with the help of the horny Persephone (Monica Bellucci), Morpheus and Trinity are pursued down a freeway by agents and Waspafarian twins. If I may summon the Comic Book Guy from “The Simpsons”: best highway chase sequence ever!

Because the film’s supplemental materials are stored safely away on the second disc of this two-disc set, the 2.35:1 anamorphic transfer of the film suffers from no discernable compression artifacts. The film looks great: skin tones are accurate; blacks are solid and edge enhancement is virtually nil. The only problem here may be that some of the film’s effects don’t necessarily translate well on video (this degeneration is most obvious when Trinity makes a backward dive from the top of a skyscraper). As for the Dolby Digital 5.1 surround: it will blow your mind.

Hardcore fans of the Matrix Reloaded are no doubt familiar with the intimacies of the film’s behind-the-scenes wizardry, and as such the lively “Preload: Get Behind the Scenes” making-of special should appeal more to the unwashed. My favorite disingenuous moment: Laurence Fishburne stating that he signed on to do the sequels without ever having read the scripts. He makes absolutely no mention of all the zeros in his paycheck. Producer Joel Silver features prominently throughout “The Matrix Unfolds: A Look at The Matrix Phenomenon,” a punchy celebration of the film’s multimedia madness and how The Animatrix and The Final Flight of the Osiris set up the “throughline” for Matrix Reloaded and Matrix Revolutions. “The Freeway Chase: How They Did It” is an elaborate dissection (it runs just over 30 minutes) of the film’s hottest sequence and “Get Me an Exit: Inspired Design and Advertising” explains where all those marketing bucks went. “Enter The Matrix: Making the Game” runs a consistently engaging 27 minutes and features footage of the film’s actors performing scenes from the disappointing video game. (The highlight here is Jada Pinkett Smith justifiably celebrating the thought of being immortalized as the game’s main character.) Rounding out the disc is a trailer for The Animatrix and the MTV Movie Awards parody that put Justin Timberlake and Seann William Scott into the world of the film for 10 minutes.

Conspicuously absent are trailers for Matrix Reloaded and Matrix Revolutions, but this is more or less a teaser for the inevitable DVD package containing all three films.