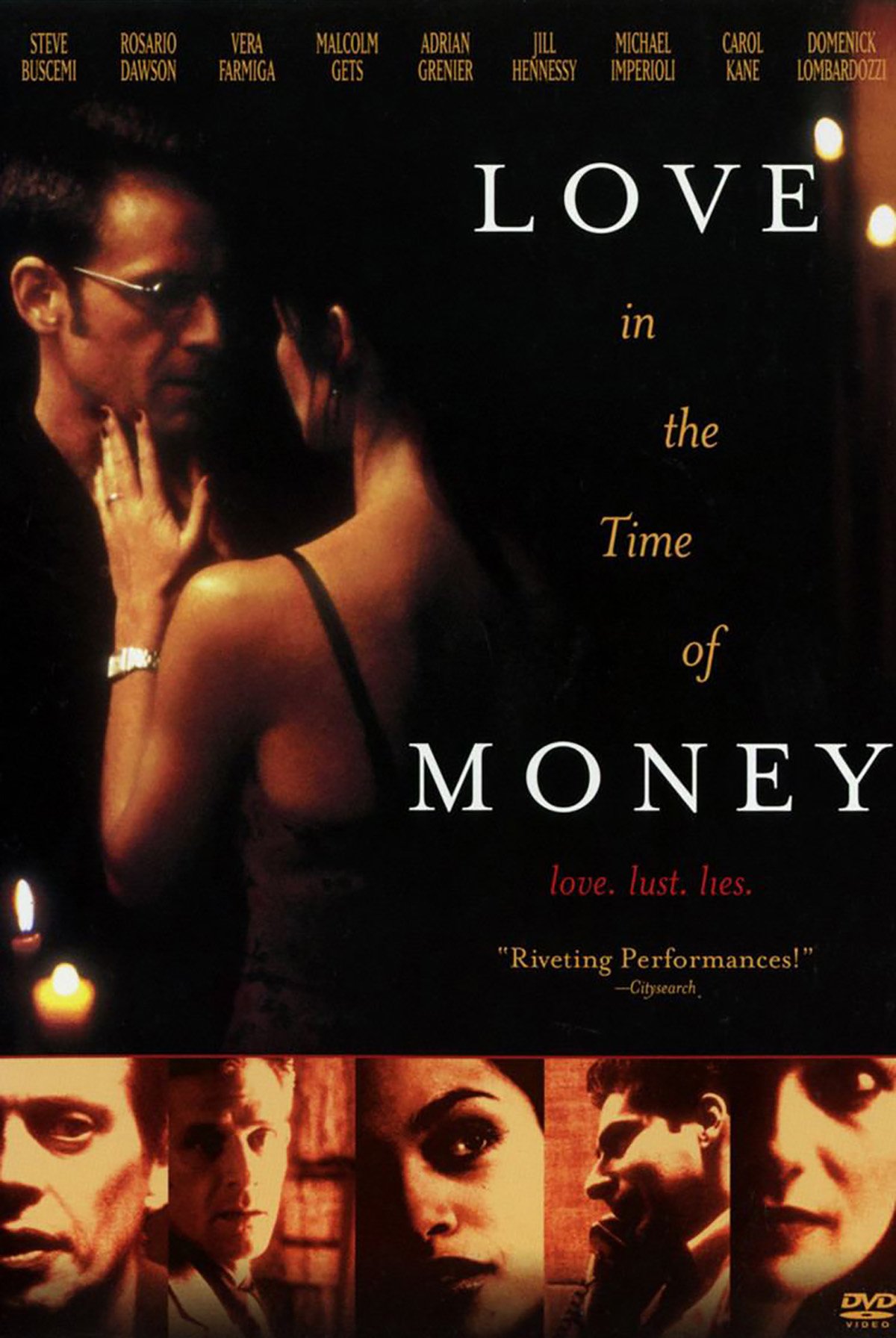 Here goes. Prostitute Greta (Vera Farmiga) fucks contractor Eddie (Domenick Lombardozzi) but doesn’t get paid for her troubles. Eddie takes a measuring tape to Ellen Walker’s (Jill Hennessy) apartment but ends up cleaning the woman’s pipes instead. Cosmo girl Ellen tries to seduce her husband Robert (Malcolm Gets) with loud music and innuendo but still can’t get in his pants. That’s because he’d rather go down on Martin Kunkle (Steve Buscemi), an artist with a fondness for triangles. Martin finds a new muse in Anna (Rosario Dawson), an art gallery secretary who hates getting PDA from her pin-up boyfriend Nick (Adrian Grenier). Psychic Joey (Carol Kane) and Nick meet-cute in Coney Island but he dutifully leaves her when she gets too freaky for her own good. Joey gets a phone call from suicidal broker Will (Michael Imperioli) and gets him off before he takes his problems to prostitute Greta. Folks, that’s a 360° circle if you’ve been paying attention. Loosely adapted from Arthur Schnitzler’s “Reigen” (previous adaptations include Max Ophüls’s La Ronde and Roger Vadim’s Circle of Love), this romantic scruple’s many twists, whores and references to high society bring to mind Eyes Wide Shut, Stanley Kubrick’s adaptation of Schnitzler’s novella “Dream Story.” Director Peter Mattei does wonderful things with the film’s otherwise crummy-looking DV photography. He abstracts Buscemi and Dawson’s faces during one of the film’s better sequences, calling attention to how lovers make love more complicated than it needs to be. Kane’s “everyone has something to give” psychic line serves as the overall theme here (don’t be fooled by the film’s tenuous, brick-to-the-head title) while cutely referencing the forward momentum of the narrative. Mattei, though, so completely loses himself to the film’s circular structure to ever offer any insightful discourse on, well, Love in the Time of Money. Well-made for a low-budget first feature, the film suffers from an overall slightness.

Shot on crummy digital video, Love in the Time of Money looks about as good as you might expect. If the video is sometimes disheartening, there’s nothing wrong in the audio department. Audio is on the flat side but clear nonetheless, and the endless pop songs used in the film are almost too loud for their own good.

Nothing. But feel free to enjoy trailers for Daddy and Them, Buffalo Soldiers, Under the Tuscan Sun and Only the Strong Survive.

Unless your hankering to see that trailer for Under the Tuscan Sun again, there’s nothing to recommend about this DVD for daily-wheel dramedy Love in the Time of Money.

The White Lotus Season 2 Review: A Deliciously Dark Satire of the Messy Myths We Make