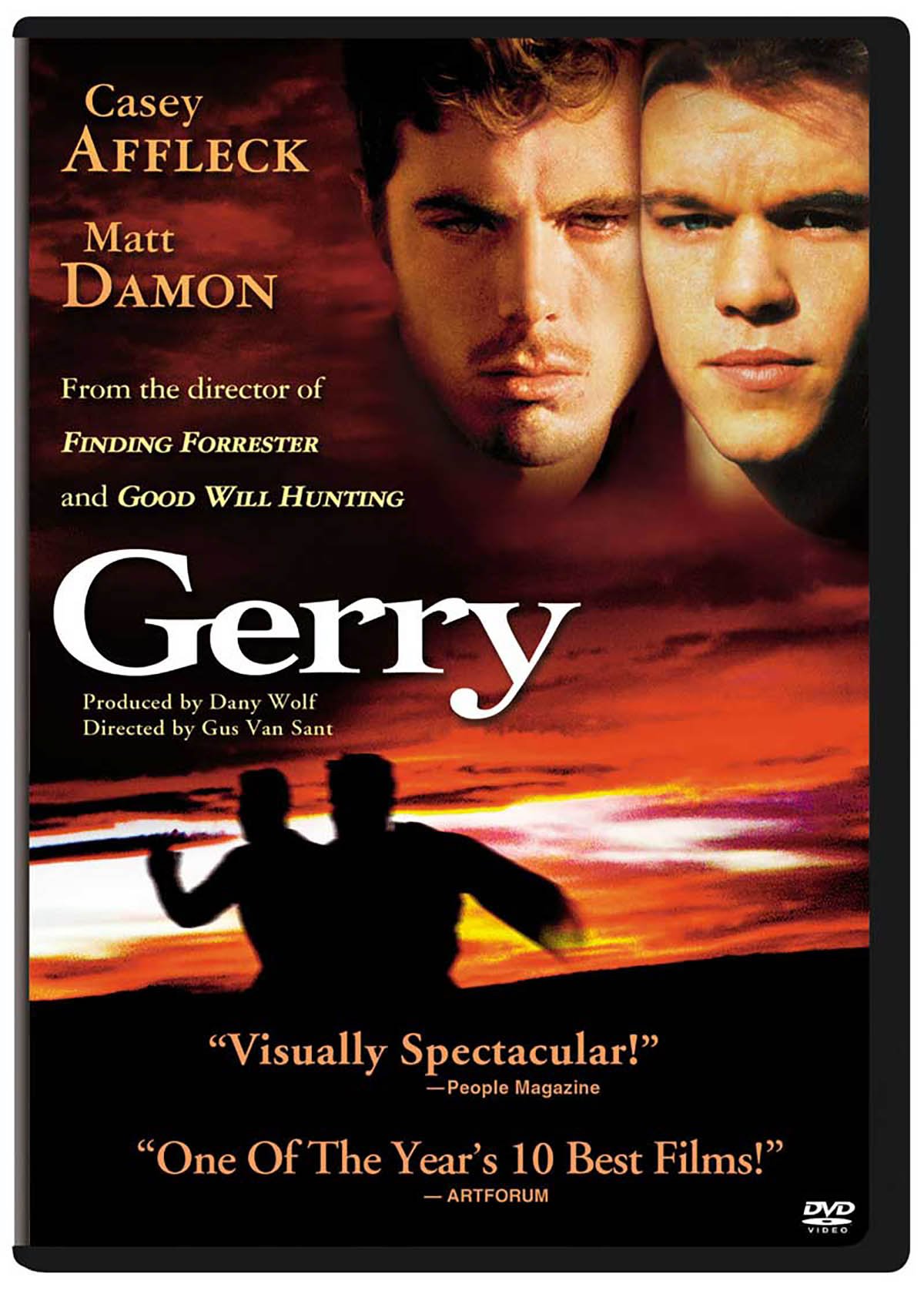 Gus Van Sant’s Gerry begins on the kind of incredible high note that’s usually hard to top. Accompanied by Arvo Pärt’s remarkable “Spiegel im Spiegel” (also heard last year in Tom Tykwer’s Heaven), Van Sant’s camera follows a car as it travels down a desolate desert highway. The camera suddenly yet gracefully shifts gears, staring at the passengers inside the car (Matt Damon and Casey Affleck, both nicknamed “Gerry”) before taking on the point of view of the passengers itself. The whole of Gerry has been seemingly pieced together from such elaborately simple “movements” of sound and image.

Van Sant has never shown this much confidence behind the camera and there’s an overwhelming sense here that the director’s eye is everywhere. The effect of these divine moments is all-encompassing: to thrust the audience as much as possible into the existential crisis faced by the film’s two Gerrys when they lose themselves (easily and perhaps willingly) to a nameless desert landscape. Gerry has drawn obvious comparisons to Beckett’s Waiting for Godot; Gerry I and II walk through the desert in pursuit of “the thing” (because, like Estragon and Vladimir, they search for a God that they know very little about) and sporadically engage in nonsense talk that puts them in conflict with each other.

Van Sant refuses to sentimentalize their friendship though the obvious camaraderie that exists between the two Gerrys brings to mind the tender and uncomfortable relationship between River Phoenix and Keanu Reeves in My Own Private Idaho. Affleck’s Gerry repeatedly gets into trouble and seeks to find a way out of the desert as if to impress Damon’s Gerry. Their relationship evokes the dynamic between a nurturing older man and the younger brother (or lover) who idolizes him, and as such Gerry reveals itself as a ravishing mix of mystic fairy tale, modern-day alienation, and gay allegory. Affleck’s Gerry puts great trust in the other Gerry’s ability to save him from a physical quandary and to later elevate him to a spiritual one.

Because Gerry is an homage to Béla Tarr, the film will likely be approached with the same kind of trepidation and discomfort that have prevented the Hungarian director’s epic masterpieces from receiving proper stateside releases. But if you toss any mystic comparisons to Tarr aside, Gerry bears a more fascinating resemblance to Herman Hesse’s Demien, the story of a pubescent schoolboy’s transcendental obsession with what could be his alter ego. Something Van Sant shares with Hesse is his uncanny ability to profoundly talk about sex without ever really talking about it, let alone showing it (in the film, a final act of mercy is not without its erotic overtones). Like Hesse’s, Van Sant’s master plan ultimately hinges on an auto-destructive punchline.

The two Gerrys playfully reference the film’s existential quest before it quickly turns into crisis. As the young men move slowly across the desert, a ravishing hallucination seemingly ushers them into a cosmic netherworld. It’s here that they must negotiate an icy and expansive rift between themselves and civilization. One man facilitates the other’s spiritual journey and, as he stares into the heavenly horizon, there’s a notion that he has freed himself from the burdens of a cloying and weaker version of himself. Not since his first film, Mala Noche, has Van Sant produced a film so pure, uncompromising, and ravishing to watch.

Save for the occasional edge enhancement, this is a video transfer that does remarkable justice to Harris Savides’s gorgeous color palette. Just as the anamorphic widescreen is alive with rich colors, the equally impressive audio transfer is disturbingly clean. Though this was a guerrilla shoot, audio levels are excellent and dialogue sounds every bit as ethereal as Arvo Part’s music.

Were you frustrated by Gerry? If so, “Salt Lake Van Sant” should equally annoy you. This 13-minute behind-the-scenes featurette is essentially a video diary of the film’s final desert walk. Casey and Matt walk around, Van Sant follows with his camera and the occasional crew member goofs off for the camera. Strictly for the film’s fans.