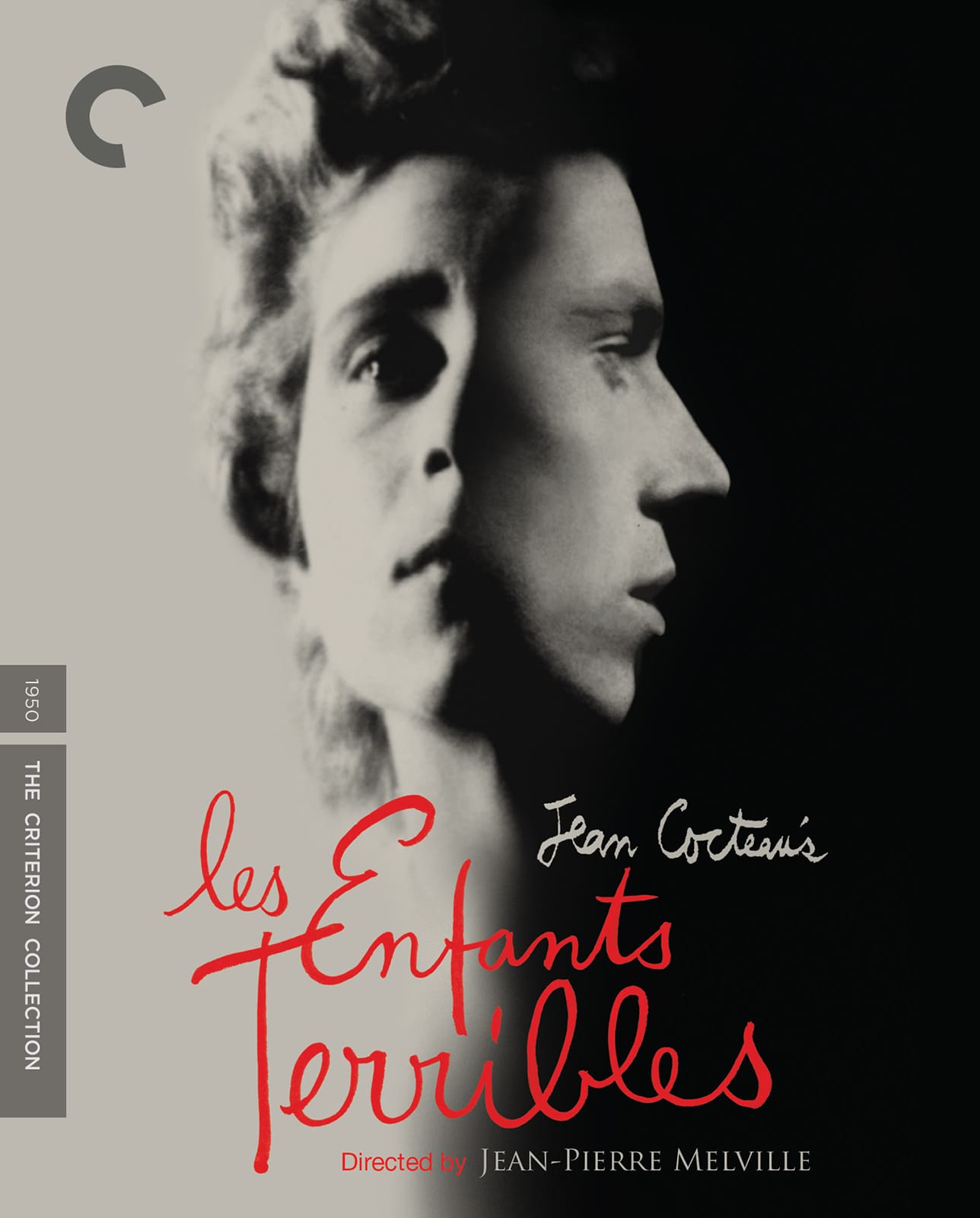 A key influence on the French New Wave, Les Enfants Terribles is a film that is difficult to classify, just as it is tricky to untangle the primal thicket of Jean Cocteau’s classic story of incest between Paul (Edouard Dermithe), a passive-aggressive, pretty boy, and Elizabeth (Nicole Stephane, in an unforgettable performance), his off-putting, volatile androgyne of a sister. Jean-Pierre Melville directed; it was only his second movie, and Cocteau was on the set a lot, jockeying for control. Most critics have considered it a work by Cocteau, and it’s still hard to put your finger on Melville’s specific contribution. The collaboration of Cocteau and Melville shouldn’t work, but it does, and the way it does makes for often uneasy viewing.

Les Enfants Terribles is very much a fantasy, an accumulation of suggestive, slightly obscure visual details, offset somewhat by Cocteau’s too-literary, over-explicit narration. Melville’s visual instincts feel modern and tough, deliberately off-the-cuff, and this lets Cocteau’s stirring intimations of sex and longing come through more intensely than if the Gallic renaissance man himself had done it up in his own cascading filmic mode. The use of loud classical music by Vivaldi and Bach as counterpoint is alienating at first, but it gradually softens your senses, so that after a while you feel like you’ve climbed into a bathtub naked with the film’s siblings. Their patently unhealthy, indolent way of living starts to look awfully attractive, and the film’s signifiers for perverse sex get dirtier and more erotic all the time, from the opening orgiastic snowball fight to a close-up of bath water drenching the bottom of a shoe, to the moment when Elizabeth stuffs Paul’s mouth with crayfish, in decadent, fellatio-like close-up.

Paul is Cocteau’s usual supine stud with glittering gold hair, and Dermithe was one of Cocteau’s “protégées.” Melville didn’t want him in the movie, and he’s no actor, certainly, but he’s visually resplendent, especially in his final close-ups, where a field of sweat droplets make him look as if he were in a Man Ray photograph. Stephane dominates the film: She’s like a baby Leni Riefenstahl petrified of losing her grip on her tiny kingdom. The last few reels get slow and hypnotic, until the ending builds up to a theatrical crescendo of emotion and climaxes with a tall screen clattering to the floor (Melville’s idea). A truly unique movie, Les Enfant Terribles feels both insubstantial and overpowering, like Chet Baker singing “Let’s Get Lost” to an empty ballroom.

Though there has been some solid restoration done on the sound and image, the blacks in dark scenes are still too inky and lack detail.

A featurette about the film’s making, a too-brief interview with Nicole Stephane, who speaks about her love for Cocteau, a trailer, and an impressively insightful, gossipy commentary from novelist/film critic Gilbert Adair.

This is a solid disc that does justice to Jean-Pierre Melville and Jean Cocteau’s puzzler.