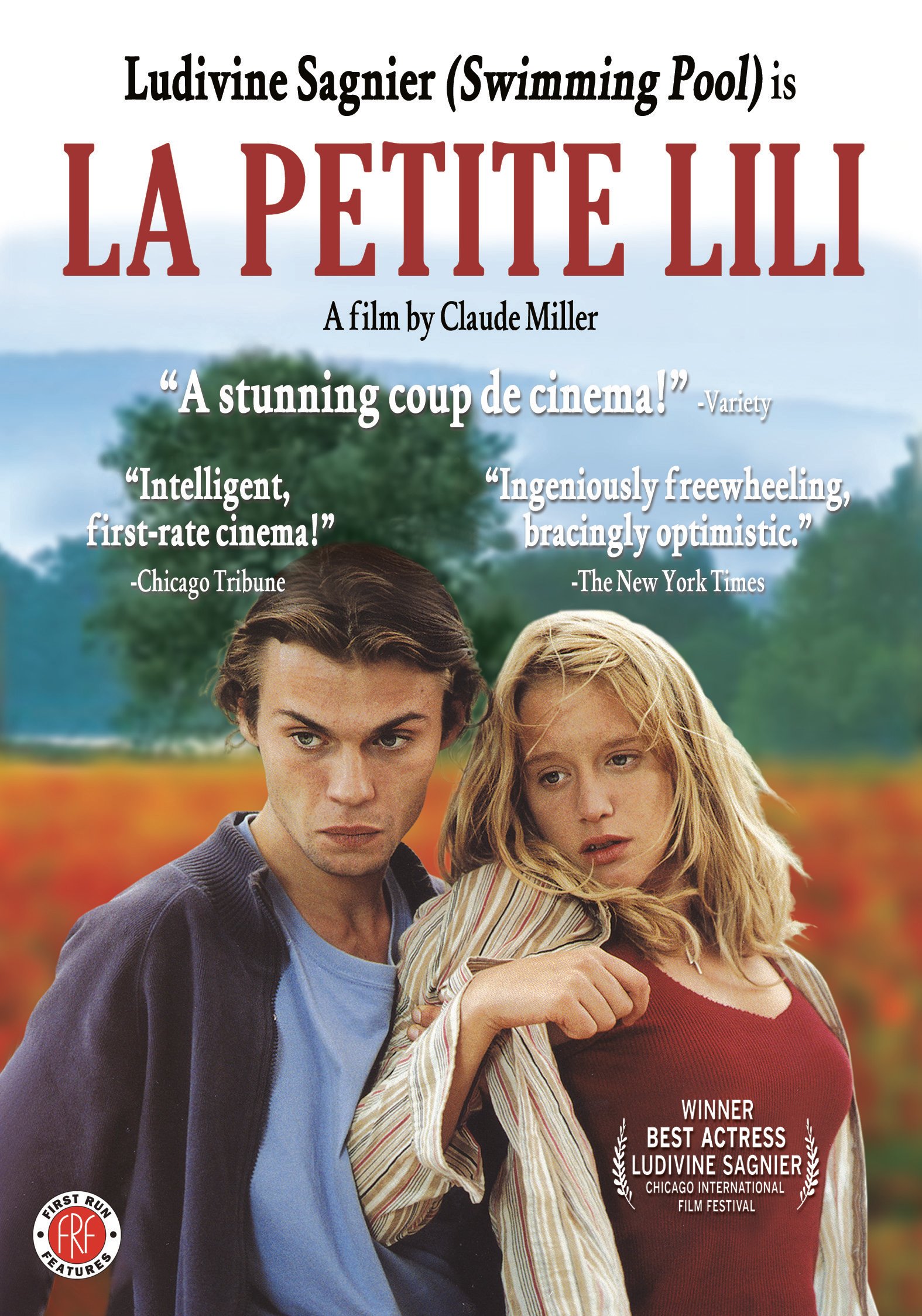 Claude Miller follows his successful Alias Betty with the equally mechanical La Petite Lili, a loose update of Anton Chekhov’s The Seagull. Somewhere in the French countryside, an aging actress, Mado Marceaux (Nicole Garcia), gathers her cinematic friends and family together for some desire under the elms. The crew of intellectuals includes Mado’s director boyfriend (Bernard Giraudeau), her son Julien (a perpetually sneering Robinson Stévenin), and a local girl (Ludvine Sagnier) whom the horned-up young man hopes to launch into super-stardom with his pretentious first film. Time is the enemy and everyone grapples with alienation, reality, the conflict between their personal and professional lives, and the interconnectivity “of the soul of man and animal.” This is Chekhov all right, but Miller and co-writer Julien Boivent cover the master dramatist’s classic themes in such a motorized fashion as to suggest every idea in the film was knocked off a bulleted checklist. The locations are lovely and breezy, but the dialogue is so suffocating and Miller’s direction so bloodless that you may wonder what Jacques Rivette could have done with the material.

I’ve seen VHS screeners of First Run Features titles with better image quality than their official DVD releases, but this is a startling exception: As dull as La Petite Lili may be, the fine details and beautiful color reproduction on display here make the film more tolerable than I remember. The stereo track is a strong one, boasting clear audio throughout and sensuously conveying the atmospheric sound work.

From the look of Bernard Giraudeau’s face on the DVD cover, it appears as if he’s smelled Ludivine Sagnier’s le petite fart.