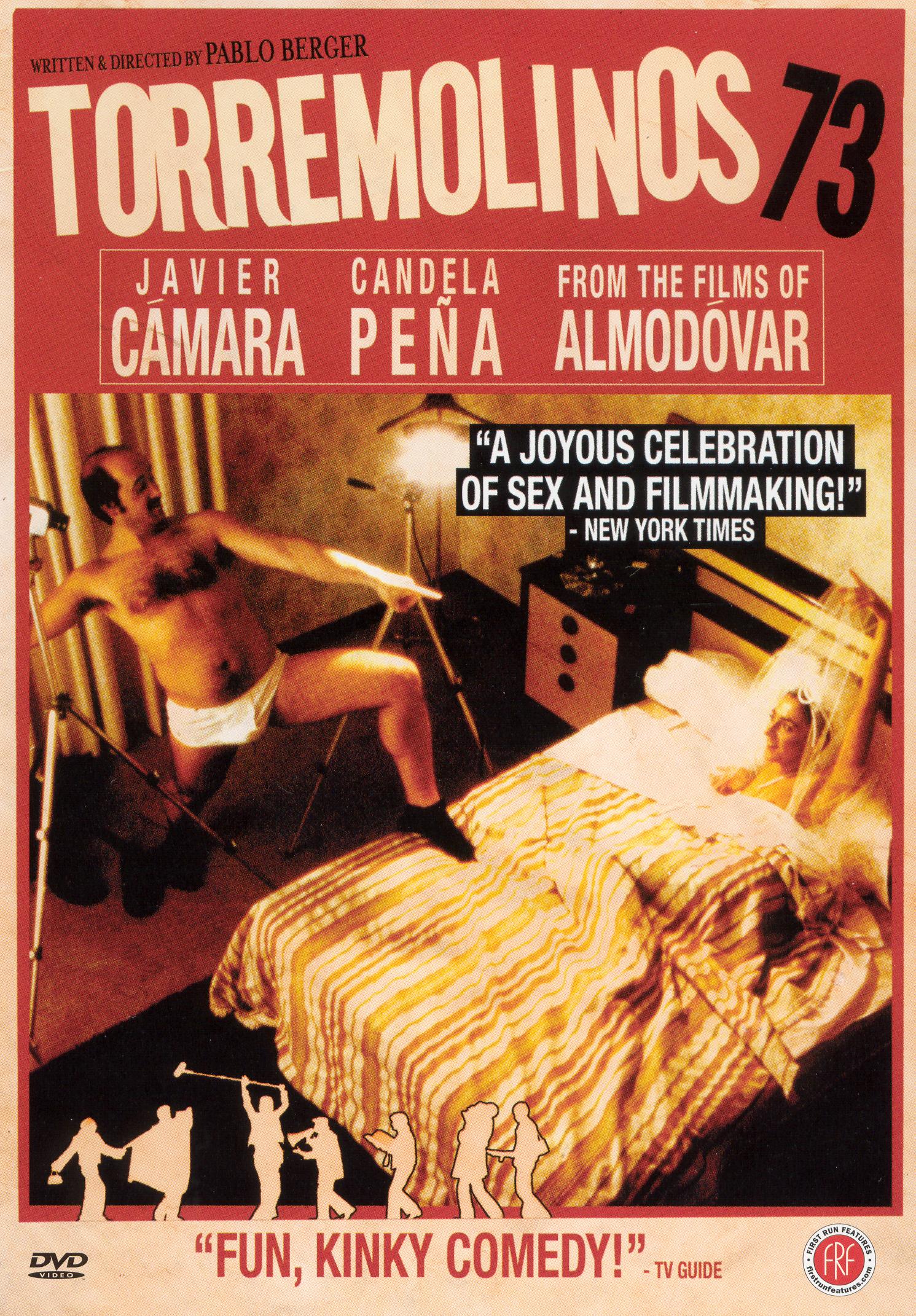 When a publishing company decides to nix its door-to-door encyclopedia program, downtrodden salesman Alfredo (Javier Cámara) and his wife Carmen (Candela Peña) are whisked away to a secret location where they are trained to make porno films the corporation hopes to sell all over the world. Numerous do-it-yourself productions later, the impoverished couple has made a truckload of money, except the only thing Carmen really wants is a child, which she can’t have because Alfredo’s sperm count is zilch. Beautifully photographed by Kiko de la Rica (who also shot Julio Medem’s Sex and Lucia), Torremolinos 73’s washed-out color palette suggests it could have been made using leftover film stock from Elaine May’s The Heartbreak Kid. Sadly, director Pablo Berger’s expansion of the film’s promising premise is similarly anemic. Save for a glib scene that allows Carmen to flaunt her money inside the beauty shop that fired her (where a woman earlier condemns the authenticity of Last Tango in Paris), there’s no real sense throughout the film that Alfredo and Carmen’s new line of work is any sort of reaction to the political and social climate of their time. It’s just a hook, as is Alfredo’s fascination with Ingmar Bergman, whose former assistant teaches him how to make movies. Obsessed with The Seventh Seal, Alfredo comes up with the idea for a feature-length softcore erotica in the film’s greatest sequence. Inside a sperm doctor’s whack-off room, Alfredo places his wife’s picture over the head of a woman in a bathing suit posing in an advertisement for a hotel in Torremolinos. Of all the erotic images of women pasted on the wall, Alfredo chooses to fantasize about his wife. This gesture is a profound evocation of his love for the woman, and it’s one that hauntingly colors a sex scene from the black-and-white porn that’s nearly taken away from him by his producers. In this film-within-the-film, Carmen is cast as a bourgeois widow haunted by the memory of her husband, and when she’s forced to have sex with her co-star, Magnus (Mada Mikkelsen), she can’t help but stare at the face of her brokenhearted husband behind the camera. The reflexivity of the moment is fascinating, but it’s something that doesn’t feel earned. In the same way that Alfredo’s passion for filmmaking doesn’t feel particularly genuine, Berger seems as if he can’t wait to yell “cut” and for the film’s credits to finally roll. And just as the incorporation of images from The Seventh Seal into Alfredo’s inconsequential porn isn’t exactly funny, the decision to have Magnus and Carmen sleep together isn’t so much a deflation of Alfredo’s auteurist delusions but a gimmicky means of giving Carmen what she really wants. Now, where was Radley Metzger when you needed him?

Don’t be fooled by the film’s pasty color palette-this was director Pablo Berger’s old-school ambition, which is cleanly and unpretentiously honored on this DVD. The stereo track isn’t remarkable, but dialogue is at least clear.

Nothing special-a director’s intro, cast and crew bios, a photo gallery, and a theatrical trailer-but it bears mentioning that First Run Features took the final line of my original review seriously, pulling together a bunch of Radley Metzger trailers from their vaults and slapping them under a “Sexy Trailers of the 60s and 70s” banner.

If you think Pedro Almodóvar is too deep, this kiddie-pool Spanish dud is for you.

Blu-ray Review: Thomas Vinterberg’s The Celebration on the Criterion Collection

Review: Another Round Honestly and Poignantly Grapples with Alcohol’s Pull

Review: Pedro Almodóvar’s All About My Mother on Criterion Blu-ray

Review: Jean-Daniel Verhaeghe’s The Red and the Black on Koch Lorber DVD