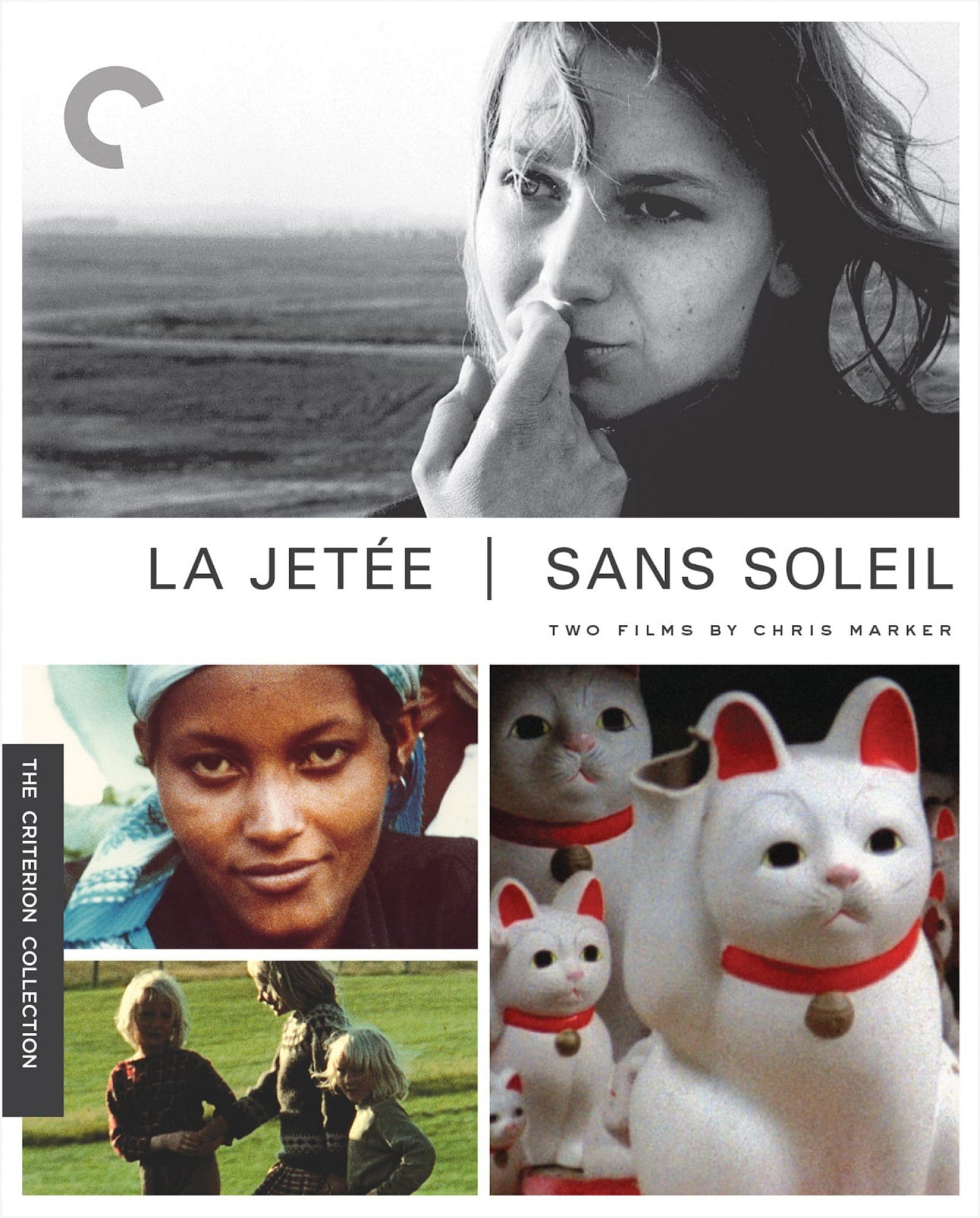 While a senior in college, my rhetoric professor handed back an essay I’d written examining, purportedly, the vegan ethos sticking to the meaty ribs of The Texas Chain Saw Massacre. I say purportedly because, in an effort to push my essay up beyond the 10 pages of double-spaced copy required, and in a reflection of my uncorked enthusiasm for the film, I’d inevitably branched off into a number of parallel side-dish topics—the mechanization of America’s work force, the aesthetics of grindhouse, the function of astrology, and the concurrent works of Craven, Cronenberg, and Romero (the articles I’d been reading on Adam Simon’s documentary The American Nightmare were clearly the impetus for the essay). I got an A, but my professor still stressed in his margin notes the importance of building essay arguments, as he put it, vertically instead of horizontally. In other words, make sure each point deals directly with the thesis statement and then back up each subtopic with an artillery of annotations and references. Ignore the speciously connected material or run the risk of diluting the entire point of your persuasive position.

For the sake of graduating with a trusty degree in parroting and a minor in creative reiteration, I understood precisely what he meant. But this maxim has dogged me ever since I was introduced to the essay films of Chris Marker, clearly the ne plus ultra of the form and eye-opening to myself and anyone else who watches Jeopardy often enough to prefer arguments to be phrased in the form of a question. To the extent that his filmosophy can be construed as rhetoric at all, his films don’t deal in working vertically or horizontally. Algebraic parameters don’t even apply to a filmmaker who fashions his celluloid into Möbius strips. No filmmaker has done more to confound the immutable one-way street of time, a concept film not only embodies but embellishes (as was painfully clear every time I was asked, as a movie theater manager, by late customers if I could please rewind the film).

His fitting touchstone work, La Jetée, addresses this angle so directly, it almost completely escapes from the seductive promise of moving imagery. A half-hour sci-fi short, Marker’s clinical poem on time and memory and nuclear holocaust recounts (or recalls) the story of “a man marked by an image of his childhood,” a man whose “vision of peacetime happiness” (i.e. a pretty girl deep in thought he glimpsed years ago) is so obsessive, he is thought to be the only soul in humanity’s post-apocalyptic underground hideout whose mind can retain the sort of focus necessary to travel back in time without going insane. La Jetée was already a film-school staple long before Terry Gilliam’s gonzo remake 12 Monkeys brought a whole new audience of giddy stoners into the cult of Marker (at least for the 30 brief minutes it takes to watch La Jetée; Lord knows how Bruce Willis’s fan base might react to A Grin Without a Cat).

Utterly hypnotic, the film references Vertigo, which was, at the time, still considered one of Alfred Hitchcock’s rare misfires. Befitting a cinematic time traveler, Marker’s obsession with Vertigo reveals itself in La Jetée’s most direct reference: the traveler counts the rings in a slice of sequoia trunk and points to a spot outside the rim to demonstrate that he comes from the future. But the specter of the Hitchcock film also hangs over the most celebrated shot of the film: the one that moves. Just as James Stewart’s Scotty spends the second half of Vertigo trying to breathe life into a dead woman, Marker conveys the intensity of his protagonist’s memories by literally tearing a hole through his own mise-en-scène. The series of lap dissolves leading up to the shot are comparable to the Bernard Hermann music accompanying Hitchcock’s climactic “Scene D’Amour,” even if the spell of La Jetée is such that afterward you ask yourself if the glance actually happened or if your memory is playing tricks.

Twenty years later, Marker revisited Vertigo, along with pretty much everything else that exists in this and any other universe, in Sans Soleil. The most fully distilled example of Marker’s outlook, the film is a prismatic puzzle box, in which memory is fragmented among a number of points of view until all reasonable reference points are completely stripped away. Pitched somewhere between prayer and jet lag, Sans Soleil is, in a literal sense, the supposed correspondence from a globetrotting cameraman (“Sandor Krasna,” a pseudonym) read aloud by the woman to whom the letters were sent. It’s not clear who between the two is fully in control of the film, but it hardly matters; with each passing moment, it reinvents itself almost organically.

The film’s opening shot of three Icelandic girls in a moment of happiness is declared to be completely unmoored, without a proper place in the film, even though, as the film’s opening shot, it clearly did. Similarly, the fictional cameraman flings himself almost instinctively to locations that will disrupt his stasis and bend his concept of time. He travels to San Francisco to bask in Vertigo, in 1982 a critically-rehabilitated masterpiece. He stops in desolate African villages to capture the stolen glance of a flirtatious young woman which lasts, so he says, the length of a single frame of film. He delivers that frame to a video artist friend so that he can run it (along with kamikaze pilots and emus) through his synthesizer. He is drawn back time and again to Japan, where the concept of time seems to have become radically compressed and where an entire century appears to exist in simultaneity. Eventually he finds the perfect place for his orphaned glimpse of three Icelandic girls.

No two people will come away from Sans Soleil with the same impression, nor will a solitary viewer’s multiple viewings yield the same experience. Marker’s film prefigures multimedia and, like what Amy Taubin said of Inland Empire in Film Comment, approximates the experience of being trapped inside the Internet and making radical leaps of associative connection…only Marker typically prefigured the technology. Some who enter the zone find it incredibly boring, others balk at what they perceive as Marker’s inescapably Westernized form of cultural exoticism. (I would tend to agree that there is an element of exoticism in Sans Soleil, but it isn’t that of a Frenchman drooling over Japanese shrines; it’s that of an otherworldly visitor trying to map out life on this planet.)

At one point in Sans Soleil, the narrator recounts the strange behavior of stray dogs hanging out on a remote French beach where a seeming desert meets the sea. Noting how they cavort through the waves in a way the writer has never seen before, she reasons: “Today was the first day of the lunar new year and, for the first time in 60 years, the sign of the dog met the sign of water.” Not quite a po-faced endorsement of fate (or astrology—we’ll leave that to the filleted teens of The Texas Chain Saw Massacre), the observation into the nature of passivity wryly reveals the effect Marker’s films have on a cinephile’s constitution. They require an intellectually active but behaviorally passive mindset and a willingness to accept mystery as readily as animals accept death: with total surprise.

This is the third copy of La Jetée I’ve had on DVD. The first was on the Short omnibus series distributed through Warner Home Video. As I recall, that was a non-anamorphic transfer marred by PAL-to-NSTC ghosting that made each edit look a little like a lap dissolve. The second copy I owned was on the UK pressing of the Noveaux Pictures DVD, which was a double feature with Sans Soleil. The improvements were significant on that disc, if for no other reason than it was in PAL and there hadn’t been any conversion. Still, that disc still only offered the English voiceover track and not the original French (which, for the record, is supposedly Marker’s preference for English-speaking audiences). The Criterion Collection’s version of the double feature marks the first time Sans Soleil is available in Region 1 DVD and also, as far as I know, the first time both films are available with the option to choose between the English and French tracks. Personally, I’d still stick with English. Both films still seem to jump around in the frame a tiny bit, but I see no ghosting on either title. This might be as good as either film will look.

Though it was advertised as being a double-disc set at one point, Criterion has collapsed the entire set into one disc and kept the price point at the higher end reserved for double-disc releases, or at least ones with commentary tracks (which do not appear here). So even though it’s technically overpriced, and even though the extras don’t read like much on the back of the case, they cumulatively add up to a fairly well-stocked batch. First off are a number of short takes from Jean-Pierre Gorin organized more or less like a page out of Marker’s CD-ROM Immemory. Gorin seems at first blush to have joined the ranks of those who, rather than plunder too deeply into Marker’s complexities, stress the importance of approaching his work as a Zen experience, but eventually his insights shine through. Additionally, there are two excerpts from a French TV documentary related to Marker’s work. The first delves into how La Jetée doesn’t so much pay homage to Vertigo as it does transform itself into the Hitchcock film, with the protagonist’s real efforts devoted not to traveling to another time frame but instead into the other film. The second posits that David Bowie might be, along with Marker, an alien. Finally, there is a 10-minute video essay on Marker by Chris Darke, which appeared on the Noveaux DVD release as well.

Criterion has entered the zone. But here’s to hoping they can expand through time and space to bring some of Marker’s less famed works to Region 1.