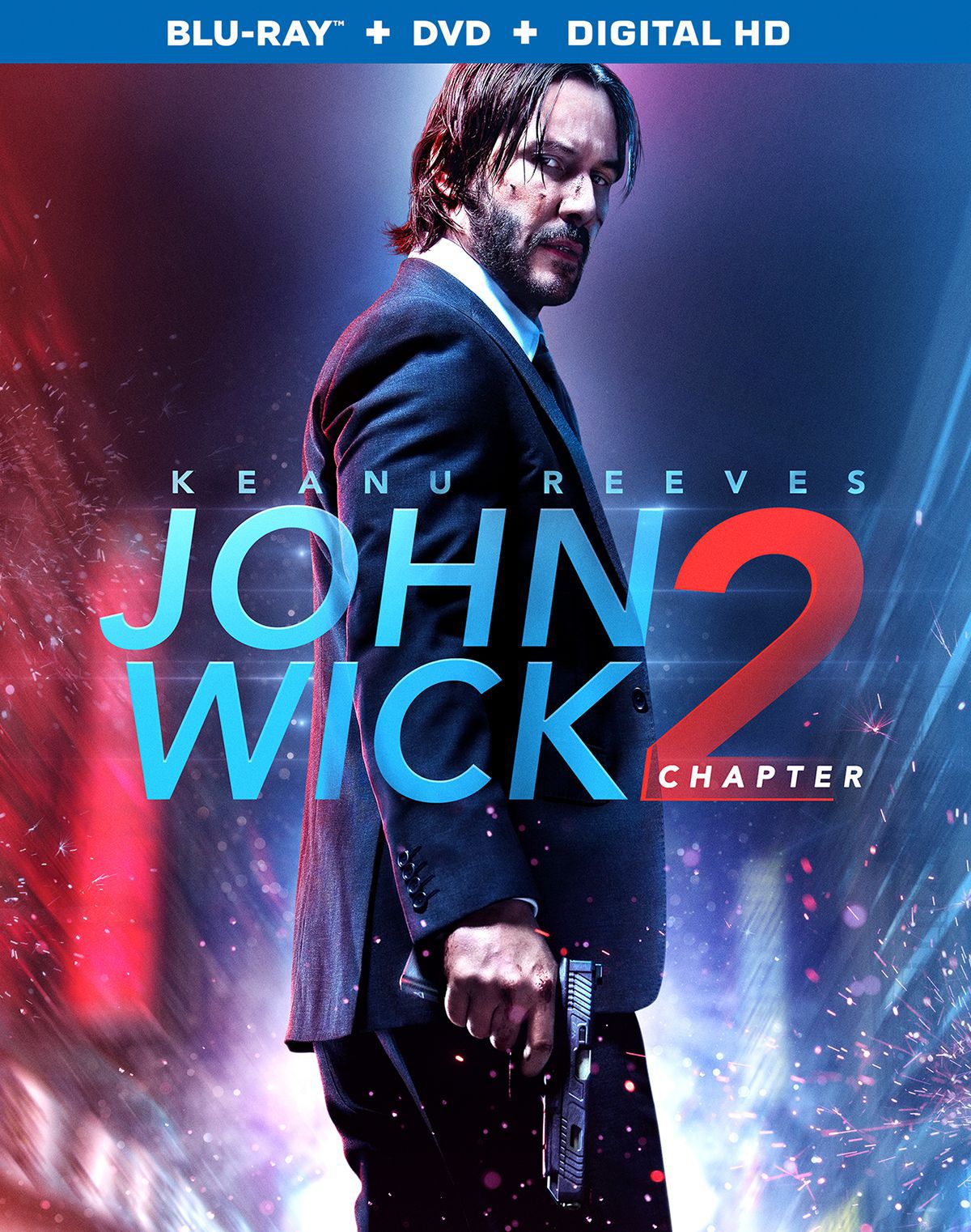 The elegant simplicity of John Wick scarcely demanded a follow-up, but John Wick: Chapter 2 remarkably balances its predecessor’s spartan characterizations and plotting with a significant expansion of scale. The escalated but straightforward action is clearly on display in the opening scene, in which John Wick (Keanu Reeves) puts the events of the first film to bed by retrieving his car from a Russian mobster (Peter Stormare). Driving out of the gangster’s warehouse, John is struck by a car, only to be hit again, and again, and again until it looks like every cab in New York has plowed into his Mustang. When he’s at last flung from the vehicle, he immediately engages in hand-to-hand combat with more than a dozen thugs, leaving the lucky ones with mere permanent disability as he tears his way through the warehouse.

No sooner does John settle that business than he finds himself drafted by Santino (Riccardo Scamarcio), an Italian mobster who orders a hit on his own sister so he can assume her role as head of the Camorra. John’s attempts to beg off the assignment meet the expected violent pushback, setting into motion his latest quest for revenge. More importantly, this exhausting continuum of violence pulls even more focus than the first film did onto Reeves’s work as John. In his early days, Reeves was that unlikeliest of creations, a heartthrob action hero, and his capacity for boundless energy and tender vulnerability suggested a limited range. Age hasn’t particularly weathered the actor the way it has beefier and much slower action stars, but it does permit him to cut his still youthful face with creases of bitterness without looking silly. John Wick: Chapter 2 traffics in clichés wholesale, none more so than Reeves’s reformed killing machine who wishes to be a man of peace, but neither the script nor Reeves puts much effort into the illusion that John isn’t instinctively thrilled by the hunt. The actor fills even John’s resting face with tense fury, and the further one gets into the film the more the tranquil moments he spends thinking of his late wife feel jarring.

One of the first film’s best attributes is how much of a clandestine second world it suggested while never offering any more information about it than necessary. This sequel delves deeper into the assassin network, linking the Continental Hotel seen in the previous film with an international chain of hotspots and havens that come with the same supply of comfortable rooms, ample armament, and excellent booze. The arcane set designs of the hotels stand in sharp contrast to the hypermodern style of much of the other locations in the film; one quickly loses count of the number of times John engages in a gunfight before a wall onto which light is projected, most memorably in a scene of him staggering against one wall that’s lit in incandescent white as he leaves splotches of blood on it every few feet. In a shot that could have come out of a 1980s Michael Mann film, Santino calls John while standing in an art gallery lit by soft fluorescent tubes that project electric blue up into the marble statues that loom over the gangster. Even an ancient Roman catacomb is washed in pale light, and director Chad Stahleski manages to cram a post-rock rave into the subterranean area.

The comic-book styling of the film’s sets extends to the characters, who round out John’s superhuman endurance with various quirks. Ian McShane returns as Winston, manager of the New York Continental and perhaps the only person in this series more intimidating than John, and his idiosyncratic presence is bolstered by Laurence Fishburne as a scenery-chewing lord of a homeless spy network, as well as Ruby Rose as a mute assassin who exudes focus and eerie calm. These are characters designed to be disposable, with only a functional relationship to the plot, yet their odd traits give them enough depth to suggest life outside the confines of the frame.

None of these ancillary elements ever get in the way of the action. The hand-to-hand combat is consistently brutal, favoring slams, armbars, and well-placed strikes over flashy gunplay (though John is prone to deliriously using his enemies’ guns against them). The mix of the two elements keeps every sequence engaging, even when the film is cribbing from its predecessor, as in the catacomb rave that calls to mind the first film’s club shootout. It all culminates in a climatic battle in an elaborate hall of mirrors that features enough shots of corridors refracted on themselves into infinity to make Paul W.S. Anderson jealous. There are moments of softness in the film, such as the paternal way that Winston treats John, and the moment of John holding the hand of a dying target in a show of empathy. But for the most part, John Wick: Chapter 2 hinges on these displays of expertly choreographed violence in ways that mark it as the closest an American action film has ever come to the energy, style, and precision of a classic Hong Kong feature.

Summit Entertainment’s Blu-ray perfectly renders the steely, sharp digital textures of the film’s cinematography. Everything from the mosaic fracturing of shattered glass to muzzle flashes looks crystal clear, and the heightened color grading of many of the action scenes never results in a loss of detail. Far from it, as the most stylized scenes showcase the transfer’s rich background depth and consistent color balance. Audio is just as robust, with a Dolby Atmos track that uses every available pocket of aural space for sound effects, from the leaded roar of music cars to the explosive gunshots. Despite the busy, deafening onslaught of noise, the audio never suffers from compression effects or distortion, clearly separating each element.

A chummy commentary track featuring Keanu Reeves and Chad Stahleski is abundant in behind-the-scenes tidbits, though the actor and filmmaker are prone to drifting off into overly jokey, distracted riffing. Three brief, inconsequential deleted scenes are included, the most noteworthy of which involves Santino visiting the mechanic played by John Leguizamo. The rest of the disc belongs to a series of brief but entertaining featurettes that never stray far from the stunt work that’s practically the star of the film. Of special note is the focus on Reeves’s training regimen, the film’s intense choreography, and specific sequences like the early car scene.

A worthy escalation of its predecessor’s sleek charm, John Wick: Chapter 2 is the finest action film since Mad Max: Fury Road, and it receives an exceptional home-video release with a perfect transfer and bounty of extras.