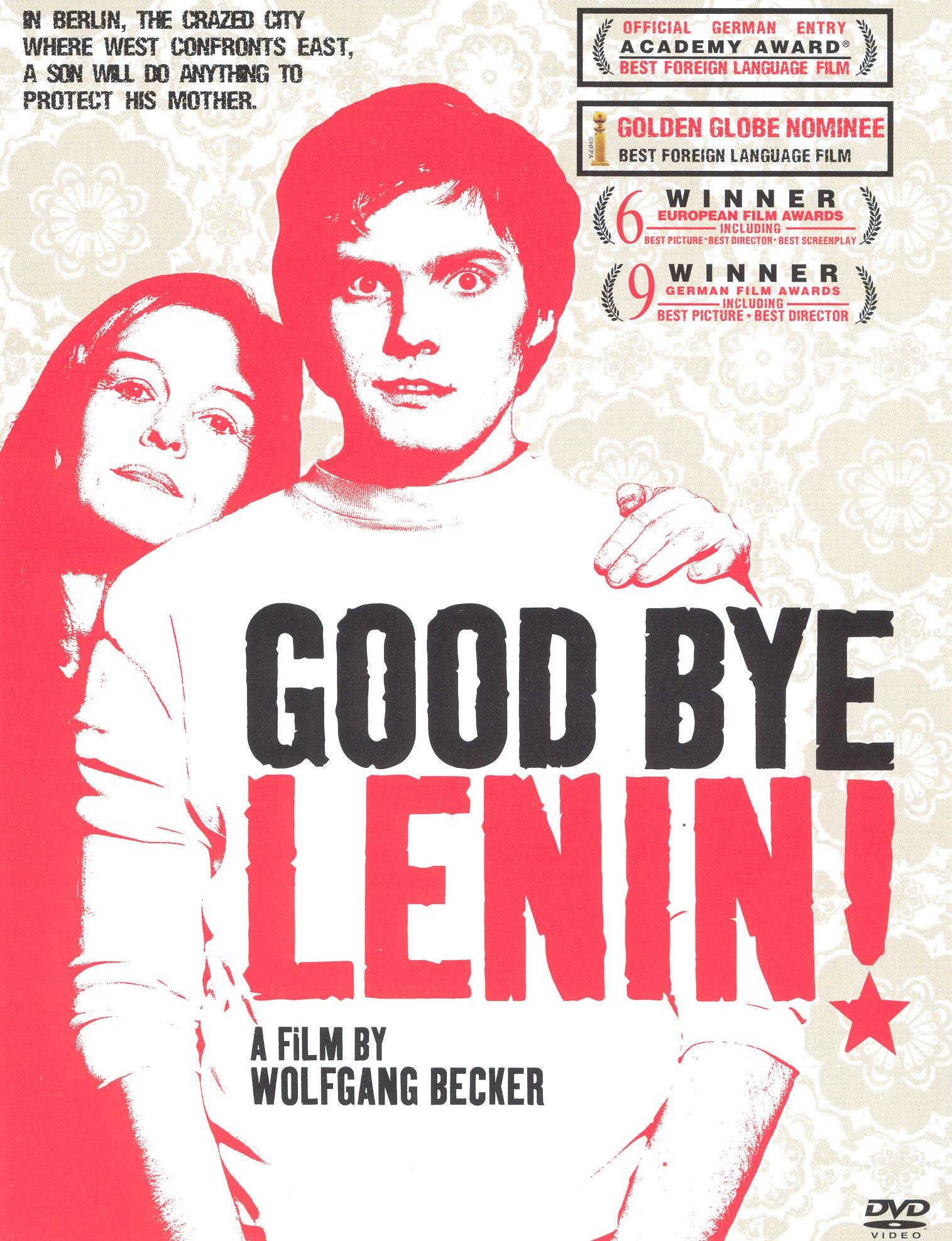 If not as dense as Jean-Luc Godard’s Masculin Féminin, Wolfgang Becker’s Good Bye, Lenin! is an equally playful look at the effects of American globalization abroad. Christiane Kerner (Katrin Saß) is a communist party supporter who falls into a coma after a heart attack and sleeps through the fall of the Berlin Wall and the subsequent invasion of America’s fast food joints. Looking to spare his mother further injury, Alex (Daniel Brühl) concocts an elaborate plan to convince the bedridden woman that communism is still very much alive: He videotapes fake news programs to explain the “Trink Coca-Cola” banner outside her window and makes her believe that her favorite brands of food haven’t been replaced by cheap—but apparently similar tasting—knock-offs from Holland.

Becker’s vision of Berlin is a grungy Art Deco haven that changes overnight with the dismantling of the Wall, and the filmmaker uses a magical-realist swirl of images and flash-forwards (a postmodern trick that isn’t very functional but appropriately out of place) to humorously pit the past against the present. How do we guard someone against the threat of globalization? Both Becker and Alex seem to understand the uplift perpetuated by the end of communism (Germany won the World Cup soon after), but in forcing his main character to ask big questions, he awakens Alex to the reality of capitalism’s tactless, personality-free invasion.

In the end, Alex’s game becomes a kind of fantasy wish fulfillment, a regressive act of familial restoration. It’s easy to forgive Becker’s too-literal evocation of globalization (Alex is a dreamer cosmonaut and the World Cup is a planetary battle) because the symbolism is hopeful and never overwrought. In the end, Good Bye, Lenin! works so well because Becker playfully likens Germany’s East-West split and political upheavals to the sort of traumas that tear families apart. If the film’s characters are “the children of Lenin and Coca-Cola,” by film’s end Becker and co-screenwriter Bernd Lichtenberg have lovingly evoked a happy in between.

An impressive looking and sounding DVD edition for Wolfgang Becker wildly popular Good Bye, Lenin!. Check out chapter four for an example of the startling dimensionality of the transfer and the impressive shadow delineation on display, and check out chapter eight to see just how incredibly the colors in the film (here, a yellow flower in a hospital room) stand out from its comparatively monochromatic surroundings. I remembered the film as being predominantly dialogue-driven, but you wouldn’t know it by listening to the surprisingly aggressive Dolby Digital 5.1 surround track. From the haunting use of music to the final flight of Lenin, the track packs a surprising wallop.

I hope you like German, because you’ll be hearing four hours of it if you listen to the two commentary tracks included on this DVD edition: one by director Wolfgang Becker and a second by the film’s cast (since they don’t identify themselves, I don’t know who all of them are but I’m presuming that Daniel Brühl and Katrin Saß are among them). Rounding out the disc are four deleted scenes, the fun “Lenin Learns to Fly” visual effects featurette, a “Mini-Making of” featurette (and by “mini” they mean blink-and-you’ll-miss-it “mini”), and uncut versions of the film’s “Aktuelle Kamera” broadcasts. Also included are trailers for Broken Wings, Good Bye, Lenin!, Bon Voyage, Kaena: The Prophecy, and Monsieur Ibrahim.

Communism may be almost dead in Good Bye, Lenin! but god-damn if it ain’t going out with a bang.