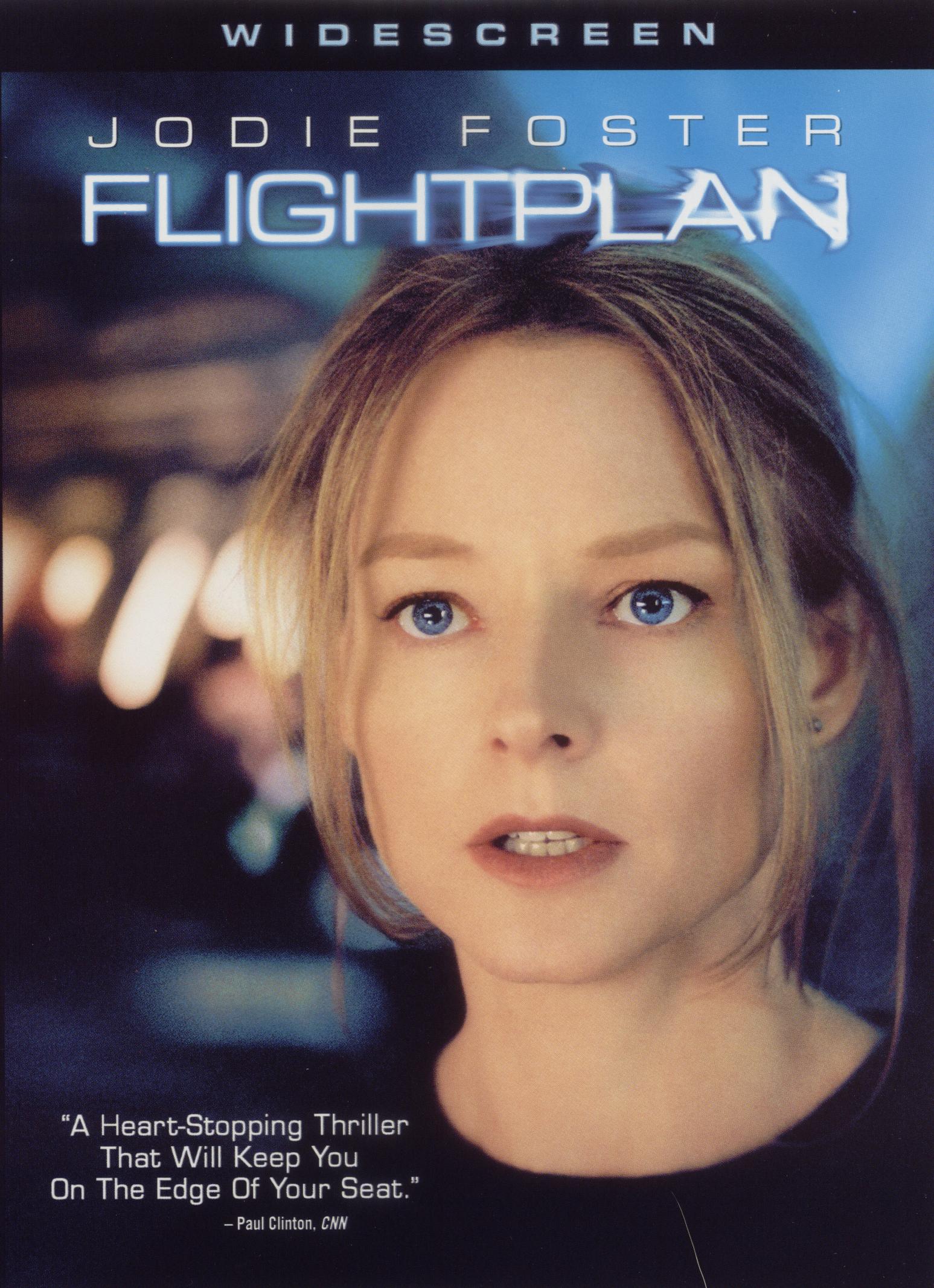 How unfortunate that this thriller at 40,000 feet comes so soon after the release of Red Eye, which milked its handful of queasy mid-flight jitters and had the decency of wrapping itself up with relative expediency. It was swift, unpretentious, and disposable—a quick fix for the mainstream set. The reason we feel gratitude for such a minor effort is because it jerks us off nice and fast, as opposed to being a dull tease like Flightplan. Grieving widow Kyle Pratt (Jodie Foster) is attached to her six-year-old daughter Julia (Marlene Lawston), and her sanity is put to the test when her daughter vanishes during a Transatlantic flight and none of the flight crew or passengers remember seeing her on board. This leads to an interminable search, with Kyle questioning her fragile grip on sanity. Foster remains a compelling heroine of the “strong yet fragile” variety, and she finds excellent foils in Peter Sarsgaard’s smarmy air marshal and Sean Bean’s well-intentioned but increasingly frustrated captain. The audience may well identify with Sarsgaard and Bean, since Foster’s endless teeth-grinding and complaining are a patience tester, pitching her performance so intense, raw, and grating that the deck is stacked way against our believing her. The racial profiling and threats of terrorism that eke their way into any thriller on a plane nowadays feel like they’ve been checked off a screenwriter’s to-do list, as does the “heroine strikes back” burst of vengeance. The camera swoops around like David Fincher in hyperactive mode, but it doesn’t speed up the proceedings so much as weigh them down in excess. If the crocodile tears and humorlessness of the drama aren’t enough to goof on, the third act revelation has to be seen to be believed. By Hollywood standards, it’s the predictable outcome we’ve come to expect, but the more cardinal offense here is that this is a story where you can’t imagine a satisfying outcome. If the daughter was never there, we’ve been watching a madwoman walk over everyone for nearly two hours. And if she was there, the explanation would amount to sheer ludicrousness. Talk about lose-lose. If Red Eye is still playing, at least you can plan to waste your time a little more efficiently.

A solid transfer boasting stunning color saturation, white levels, and skin tones, but the lights on the plane tend to attract all sorts of halos and digital noise and the dark night sky outside the plane is an embarrassment. Blame it on the limitations of the digital format, but it’s as if the sky was pieced together from strips of construction paper given how the different shades of black refuse to blend into each other. The DTS soundtrack is a stunner, best flexing its muscle whenever the plane takes off and lands.

Robert Schwentke’s commentary track is solid but predictable. The director focuses for the most part on the careful withholding of information and presentation of red herrings, as well as the film’s post-9/11 subtext and his concern about not wanting to release a film that would serve as a guide for potential terrorists. Also included here is a five-part making-of featurette, a look at the design of the Aalto E-474 plane, and a bunch of sneak peeks.

Despite what he may think, Robert Schwentke hasn’t make a 9/11-era version of The Parallax View, just an in-flight version of Not Without My Daughter, which isn’t a bad thing with Jodie Foster at the reins.